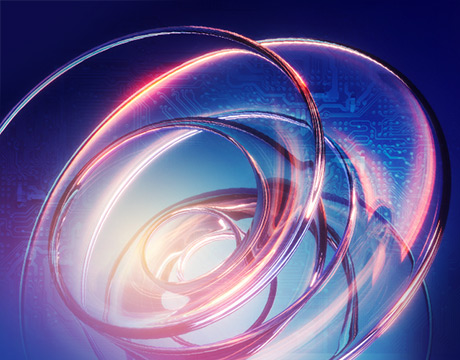 Researchers at laboratories across the country are making great strides in developing soft robotic devices to assist and rehabilitate patients who suffer from movement disorders caused by injured neural pathways or upper or lower extremities, multiple sclerosis, Parkinson’s disease, or after a stroke.

Engineers are drawn to soft robotics by advancements in additive manufacturing, new approaches to fabricating soft materials, the development of sensors that can be integrated into fabrics, and finding inspiration in nature.

Carmel Majidi, associate professor in the Department of Mechanical Engineering at Carnegie Mellon University and principal investigator of its Soft Machines Lab, wrote in “Soft‐Matter Engineering for Soft Robotics,” a paper recently published in Advanced Materials Technologies, that the extraordinary advancements made in robotics using hydraulics, motors, and electronics for sensing, computing, and vision, has fueled great interest in soft robotics, particularly those inspired by nature.

“While industrial arms, surgical robots, and autonomous vehicles can perform prescribed tasks with extraordinary precision, speed, or reliability, they are not capable of adapting to other tasks … or operating in fully unstructured environments,” he wrote. “In contrast, natural organisms present a proof‐by‐existence that it is possible to create machines that are not only high performing, but also universal and customizable.”

Soft robotics also helps overcome one of the biggest challenges in developing an assistive or rehabilitative robot: Creating a wearable robotic device that could perform positive mechanical work with very little metabolic cost, said Thomas Sugar, professor in the department of mechanical and aerospace engineering at Arizona State University .

Rigid exoskeletons often do not allow the wearer to make natural movements and, because they are generally heavy, can cause fatigue. “That’s a tricky thing,” Sugar said. “With [rigid] systems, if I put a heavy device on you, does it actually help? Yes, it helps your leg, but you put this heavy device on and it’s just harder in general to walk around.” Join ASME and Leading Industry Experts for Offshore Wind Turbine Webinar series

As the soft robotics field has come into its own, labs are working on a variety of basic aspects, such as developing mechanical octopus-like tentacles, starfish, and worms, as well as deciding on the artificial intelligence and different components that will be most needed for assistive and rehabilitative devices.

Sugar’s Human Machine Integration Lab is among the growing number of labs developing devices or components needed for soft robots. His team is working with cable-driven systems for hip and ankle devices and pneumatic actuators, which he describes as an inflatable bladder inside a fabric pocket, for soft shoulder and knee devices.

“You want to use air to create something that pushes on the body in certain directions at certain times,” Sugar said about the actuator. “Think of it as a tire that expands in whatever direction you want because you design the bladder and fabric pouch to do that. It can expand in particular shapes so these can be used for the shoulder or knee.”

One of the pioneers of soft robotics, Conor Walsh, professor of engineering and applied sciencesat Harvard University and founder of the Harvard Biodesign Lab, has brought together experts from a number of disciplines with a goal of restoring the mobility of patients with gait deficits, as well as assisting those with upper and lower extremity weakness to perform activities of daily living.

Walsh’s next generation of soft wearable robots uses innovative textiles for greater comfort, and are lighter and less visible than most rigid exoskeletons. Until recently, most of Walsh’s work has been with cable-driven electromechanical actuators and some pneumatic-based approaches. His team recently developed new manufacturing methods for rapidly fabricating textile actuators and have shown how to laminate highly stretchable textiles to make them air-impermeable and heat-sealable.

For example, they have developed a new type of bending textile actuator, fabricated using a lamination and layering process. This eliminates complex cut-and-sew procedures as well as the need for components such as a bladder to contain air.

Another aspect of Walsh’s lab’s work is designing sensors that can be integrated into the soft exosuits to measure human kinematics and interaction forces. Sensors included in rigid exoskeletons are not compatible with soft structures.

The exosuit, consisting of soft, inflatable actuators of polyurethane encapsulated in inelastic fabric pockets sewn onto an elastic sleeve, is designed to replace passive and quasi-passive devices that don’t provide adequate assistance. They could also replace bulky, expensive exoskeletons.

To reduce the weight, the pneumatic system and necessary electro-mechanical components are housed in a separate detached control unit. Also integrated into the system are pressure sensors and microprocessors in the insoles of smart shoes to determine gait phases of walking. There is also an inertial measurement unit mounted on the exosuit to measure knee angle. These allow real time control when working together.

Majidi points out that despite all this good work, more is needed, particularly in the areas of materials compatibility and integration.

“Soft materials used for actuation, sensing, and circuit wiring are not enough for autonomous functionality,” he said. “They must interface with rigid microelectronic components for signal processing, communication, and power regulation.”

Rigid exoskeletons often do not allow the wearer to make natural movements, and because they are generally heavy, they can cause fatigue. That’s a tricky thing.Thomas Sugar, Arizona State University