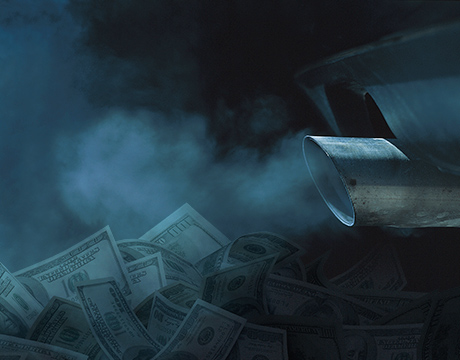 Ask an economist and she’ll tell you that the most efficient way to reduce carbon pollution is to make it expensive via a transparent, clear carbon tax. But don’t tell that to the gilet jaunes, the yellow vest-wearing French protestors who have rallied against fuel taxes levied by the national government, aimed at reducing carbon emissions. To them, the tax was intolerable.

This strong reaction by the impacted stakeholders to the best recommendation of experts should be a wake-up call to policymakers looking to tackle climate change. Carbon taxes will face a lot of political resistance. What tools remain?

To begin, climate change is unlike any other environmental problem we have faced. Urban smog or roadside litter were easy-to-understand local problems. But it was a struggle to get citizens to help stop less visible pollution, such as exhaust from the burning of leaded gasoline, even though lead pollution was poisoning their children.

The geographic and temporal distribution of the worst impacts of climate change, policymakers now are asking citizens to make changes in their energy use today for the benefit of people who live far away—or who haven’t even been born yet. Hence the protests.

One idea to smooth out the political resistance and make carbon policies less regressive and more palatable is to return the taxes in the form of a dividend. A $40 per ton carbon tax would raise more than $200 billion, but most of that cost would be passed along to consumers. To ease the pain, the tax revenue would be distributed back out to the general public at about $2,000 per household. Since that would be more than the higher prices the average family would pay for energy and goods, most people would come out ahead.

Just this past January, in a stunning example of bipartisan agreement on the best policy approach to tackle this problem, all former chairs of the Federal Reserve, thirty Nobel prize-winning economists, nearly all former chairs of the White House’s Council of Economic Advisors, and two former Treasury secretaries came out in support of a carbon tax-and-dividend scheme.

But that policy could lead to a trap: Such a dividend might create a group of taxpayers who grow to expect and depend on their carbon dividends to make ends meet. (Think of the oil dividend paid out to state residents by the Alaska Permanent Fund.) Households would loath to let them go, and since the carbon dividend would rely on carbon emissions, the carbon tax-and-dividend could build in resistance to achieving a low-carbon economy.

Instead of making bad options more expensive and numbing the pain with a dividend, what we really need is to make the better options cheaper. To get there requires a bold R&D program that focuses on reducing the cost and increasing the performance of alternatives across the board.

More on Energy Policy from Michael Webber: U.S. Can Learn From Texas’ Surge in Wind and Solar Power

That should be the policy driver behind national-level R&D budgets, and investment can be encouraged at different scales, from regional consortia and municipal planning agencies down to the individual consumer. Private industry also has a big role in finding cheaper, cleaner alternatives—it’s what the R&D portfolio I lead at ENGIE is doing.

The goal should be to innovate technologies and work on systems integration so that the cleanest option is also the most affordable and easiest to use. Once that happens, then policies lose relevance— consumers will choose clean energy because it best meets their needs.

The Yellow Vest movement was about more than just carbon taxes—it was also about wealth and other elements of society. Inequity is felt in many places and fuel taxes were the final straw. Fortunately, thoughtful clean energy R&D and deployment can open up access to a wider range of options for consumers, reducing destabilizing inequity.

It’s true that the climate crisis is difficult to solve. And politicians who ignore the real costs of policy action will do so at their own electoral peril. At the same time, there is a pathway to solutions that will leave today’s citizens—and tomorrow’s—satisfied.

Michael Webber is the Josey Centennial Professor of Energy Resources at the University of Texas in Austin and Chief Science and Technology Officer at ENGIE, a global energy company headquartered in Paris.

The goal should be to innovate technologies and work on systems integration so that the cleanest option is also the most affordable and easiest to use.Michael Webber, University of Texas