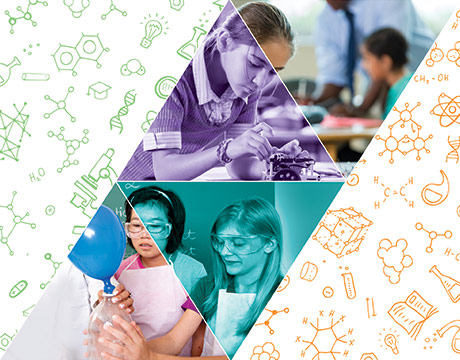 The National Academy of Engineering launched the EngineerGirl website in 2001 in an effort to draw middle school girls to the field of engineering.

“It was meant to be an online presence to help girls understand engineering, what engineers do, and how it matters to daily life,” says Simil Raghavan, the academy’s program officer, and a biological engineer, who manages the site.

But the internet has changed enormously since then. A simple website is not enough to entice viewers, to say nothing of steering them to specific careers. An essay competition and Q&A sessions were added to make the site more interactive, but the website was still not reaching as many girls as Raghavan and her team thought it could. The kind of traffic they were seeing suggested a new course of action.

For You: 7 Ways to Move Up the Ladder with a STEM Degree

To become an ambassador, high school girls living in the U.S. must submit a proposal about how they intend to reach younger girls in their community. The students will also need an adult sponsor to help them carry out their mission. Raghavan and her colleagues will select five or six entrants to put their ideas in motion. Each project will be offered $250 in funding (and projects that might need more will be assisted with fundraising). As they proceed, the high schoolers will report to EngineerGirl about how their projects are developing.

“Then we’ll work with them at crafting a final report so they have a record of what they’ve done, and be able to champion it,” says Raghavan.

There will be web conferences throughout the year and the final report will be published on EngineerGirl.org. The selected students will also be funded to attend the Society of Women Engineers Annual Conference. The student that has made the biggest impact will be awarded a $1000 scholarship.

The program is specifically looking for projects that attempt to reach girls that wouldn’t otherwise be reached.

“Certain communities have access to STEM and other communities don’t,” says Raghavan. “The best projects will be the ones that explain the need: ‘We are going to do something that will help girls that would not otherwise be involved in engineering.’ Or maybe someone says ‘My community has this great STEM program, but all the people attending are boys. I want to make sure we get a group of girls.’ I don’t know how that would work, but that’s the advantage of having the girls work where they are—they live there.”

So far, the entrants have followed the suggestions of the website, proposing that they work with the Girl Scouts, start a STEM club at the local library, and start engineer clubs at schools. “I was surprised by how many freshman are applying,” Raghavan says. “They’ve been to summer camps and have had some exposure to engineering. And they have strong recommendations.”

This summer, EngineerGirl will pick the winning projects. If they are as effective as hoped, Raghavan and her colleagues have every intention of expanding the program. Needless to say, there’s work to be done before then.

“This is the very first year,” Raghavan says, “so there are a lot of moving parts.”

For Further Discussion
The best projects will be the ones that explain the need: ‘We are going to do something that will help girls that would not otherwise be involved in engineering.' Simil Raghavan, National Academy of Engineering