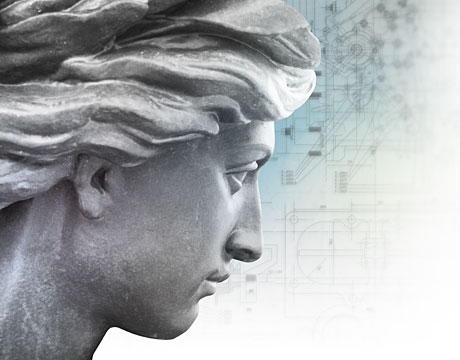 “Save your father’s hard-earned money,” said a professor to the only girl studying engineering in a class of boys seven decades ago. That didn’t deter her from pursuing a career in a field dominated by men. She later became an internationally recognized expert in heat transfer and fluid flow and also the first woman president of a major professional engineering society (ASME) in the United States.

Nancy D. Fitzroy (ASME’s first woman president), Yvonne C. Brill, Sally Ride, Kate Gleason, and Lillian Moller Gilbreth are five trailblazers who entered the profession of engineering at a time when opportunities for women were limited, but despite all odds they went on to change history. Driven by their passion for science, each of them made significant contributions to engineering and paved the way for other women to follow.

Nancy D. Fitzroy began her 37-year career with the General Electric Company (GE) in 1950, after graduating from the Rensselaer Polytechnic Institute (RPI). How did she decide to pursue a career in engineering at a time when there weren’t many women in it? “All the careers that were thought of for women – librarian, secretary, this, that – I crossed out all of them. My parents were happy as they wanted me to go to college,” says Dr. Fitzroy, now 86.

At GE, Dr. Fitzroy was among the first engineers to work on the heat transfer of nuclear reactor cores. “I was always working on things on the forefront of technology and that’s what made it interesting,” she says. She also worked on the first of the satellites placed into orbit for GE. “Those days I would set up calculating sheets and a guy punched the numbers in a calculating machine and it took six months to project one trajectory for a flight. Now digital programs are available but we had to do it by hand,” she says.

Throughout her career, Dr. Fitzroy used her influence to encourage other women to become engineers. “Girls have to be engaged in STEM really early in life,” she says, adding that parents have a big role to play in it. “I would say I picked the right parents. I was the youngest in the family, with two older brothers and two older sisters. My parents wanted me to go skating with girls as much as skiing with the boys.” She remembers asking her father once for a record player, so the next day after school he plunked down a chassis, a speaker, and wiring diagrams on the kitchen table and said, “You want a record player, make it!”

In 1986, Dr. Fitzroy became the 105th president of ASME, where she helped form the ASME Industry Advisory Board. “I had the good fortune to do a lot of things and I just did it. That’s my advice to people if you want to do something, just do it, don’t wait for somebody to hold your hand.” In 2008, ASME awarded her Honorary Membership to recognize her as an advocate of the mechanical engineering profession.

With roles ranging from mathematician doing trajectory calculations, research analyst working on rocket propellants, and propulsion engineer, Yvonne C. Brill (1924-2013) represented the best of what American aerospace engineering should be. Satellites stay in orbit longer thanks to her inventions of the hydrazine resistojet and the use of a single propellant.

Brill began her career at Douglas Aircraft on the West Coast in the mid-1940s. In those days there weren't many women working in rocketry for any corporation and, it is believed, she was the only woman in the United States who was actually doing rocket science. Her patented invention while at RCA Astro Electronics, the electrothermal hydrazine thruster manufactured by the Aerojet Redmond Division, became an industry standard and was the achievement President Obama mentioned in 2011 while presenting her with the National Medal of Technology and Innovation.

Throughout her career, Brill encouraged women to become engineers and scientists. As mentioned in the New York Times, even in her last week of life, she was still writing letters recommending eminent women in engineering for professional awards. (Read more)

A great beneficiary of science education, Sally Ride (1951-2012) was the first female American astronaut in space. Ride earned a master’s degree and a doctorate in physics from Stanford. She responded to a NASA recruiting ad and was one of 35 people – including six women – chosen from more than 8,000 applicants.

Ride became the first American woman to fly in space in 1983. She was a mission specialist on the STS-7 space shuttle mission. During her flight, Ride worked the robotic arm to help release satellites into space. She flew on the space shuttle again in 1984 on the STS 41-G mission. After retiring from NASA, she joined UCSD as a professor of physics and director of the California Space Institute.

Out of Ride’s conviction that America must put extra emphasis on STEM, came the Sally Ride Science Academy, a nonprofit dedicated to foster STEM education. She co-wrote seven science books for children and spoke at more than 200 events for girls, young women, and teachers. (Read more)

Although it wasn't until the middle of the 20th century that engineering programs officially began opening up to women, some found ways to develop knowledge and skills that gave them a chance to pursue their interests despite major hurdles.

Catherine Anselm Gleason (1865-1933), the oldest child of machine shop owner William Gleason, was one of those. Known as Kate, she began reading books about machines and engineering at a young age. At age 19, Kate Gleason became the first woman engineering student to enroll in the Mechanical Arts program at Cornell University, but her father's shop in Rochester soon came upon hard times.

Along with her brothers, she took her father’s machine shop to the next level of business, a step toward making Gleason Corp. what it is today. The company is one of the world's top providers of the machines, tooling, and technologies needed to produce gears found in everything from vehicles to airplanes, wind turbines to power tools. (Read full bio)

Long before the days of women's lib, Lillian Moller Gilbreth (1878-1972), a distinguished industrial psychologist, engineer, and mother of 12, was the original superwoman. She was an accomplished professional credited with many academic and industrial “firsts,” including kitchen and household appliance designs.

Born in 1878 in Oakland, CA, she came into her own academically in high school and persuaded her father to let her attend college. When as a female she was allowed to speak at her University of California commencement, it was the first of many firsts. She went on to obtain a master’s and a doctorate degree in psychology.

In addition to being dubbed “the mother of modern management,” she has also been called “a genius in the art of living.” Her work as a consultant to corporations applying psychology to solve problems in areas such as office equipment, household appliances, hospitals, and sports led to her coming up with new designs and inventions to make work and life easier. Gilbreth proved that women can have both a fulfilling career and enriched family life. (Read full bio)

For Further Discussion
That’s my advice to people if you want to do something, just do it, don’t wait for somebody to hold your hand.Nancy D. Fitzroy, ASME’s 105th President