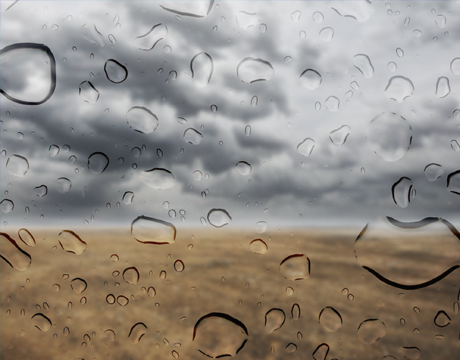 The iconic image of a desert traveler gasping for water is one we are all familiar with from books and movies, and the world’s deserts are truly some of the harshest environments known to humanity. For millions of people, however, this environment isn’t a scene from a novel, it’s their everyday life, as scarcity of water impacts the health and well-being of many around the globe on a daily basis. Now, a team from MIT is out to solve this problem by pulling water out of thin air.

“Using metal organic frameworks, our goal is to harvest potable water actually out of the desert air,” says Evelyn Wang, mechanical engineering professor at MIT. Her group used these materials in powder form as part of a proof-of-concept device they recently tested. “[The device] is powered by sunlight and it uses these organic frameworks that consist of metallic clusters. They have organic linkers associated with them with a structure that can create three dimensional frameworks. This allows you to capture water molecules in the framework itself.”

“The powder gets embedded in another porous matrix to allow enhancement of the [material’s] transport characteristic to improve the performance in this composite matrix,” Wang says. In layperson’s terms, “It sucks the water, acting like a sponge essentially, and draws the water into this composite layer.”

The device also contains an irrigation feature, which makes the water “pumpable” once it is collected from the air, and it can be used as a necessary source of heat within the device, she says. The sunlight releases the water molecules from the composite layer, which can then be condensed and turned into drinking water.

These MOFs can work effectively and efficiently in environments where the humidity is as low as 20 percent, Wang says. “A technology known as ‘dewing’ is utilized and you need to get below the dew point and rely on a kind of refrigeration cycle,” she says. “That is a challenge when you get to lower humidity levels because it requires more energy to get to the dew point. Practically speaking, we believe our technology is one of the few - or the only one - that allows us to work in these regions.”

Because the device is powered by the sun, there is basically no additional electrical power needed, she says.

With their current device being small, the team has only been able to extract a few milliliters at a time during testing in Arizona - where the water was also determined to be impurity-free. But they hope to change that by eventually scaling up. “I would say a breakthrough will be when we are able to get as much as can fill a Coke can,” Wang says. “That will be a rewarding moment.”

There is much work left to do but the team is spurred on by the thought of so many living in desert environments who desperately need new, additional sources of clean water.

“It may seem strange taking water from the desert,” she says. “But it’s beautiful to think of what it can potentially do.”

It may seem strange taking water from the desert. But it’s beautiful to think of what it can potentially do.Prof. Evelyn Wang, MIT

Quiz: The Journey of Humanoid Robots