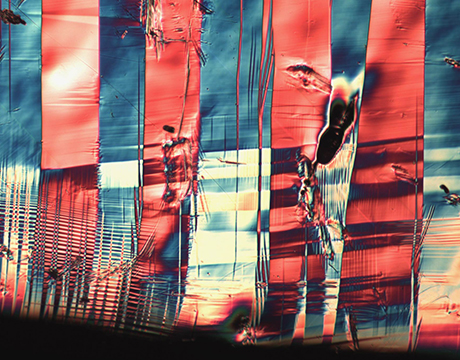 Markus Chmielus, a professor of mechanical engineering and materials science at the University of Pittsburgh, sees a future where industry can easily and affordably 3D print magnetic actuators that can accurately move things like robotic hands, parts grippers, folding solar panels, and perform a host of other tasks without the need of a power supply.

The National Science Foundation shares that vision, backing up the research with a recent $300,000 grant for the Chmielus Lab to bring its work to fruition. Before that happens, though, this round of funding will support Chmielus’ first-phase research into how 3D binder jet printing magnetically enhanced metals affects the properties of magnetic-shape memory alloys. So far, he says, that research has been promising.

Magnetic shape-memory alloys change their shape when magnetized and revert back to their original form when the magnetic field is removed, Chmielus explains. They can also generate their own power, which eliminates the need for a battery or other power supply to move the actuator when they’re used in a small object.

Magnetic-field binder jet printing, he says, uses a magnetic field to align feedstock powder particles during printing to enhance the material’s structural and magnetic anisotropy, a property that defines how much the material will react to a magnetic field. Anisotropy is responsible for actuation.

For You: IoT Puts a New Spin on an Old Product

While some researchers are exploring a similar printing process, Chmielus says his team, if successful, will be the first to use the method to print material with large strain and an optimally aligned microstructure. That could facilitate the additive manufacturing of highly precise, large-stroke actuators and magnetic materials with enhanced properties.

The most common and best performing magnetic shape-memory alloys used today are solid, single-crystal alloys, meaning the material’s crystal lattice continues unbroken right up to the edge of the sample. “The entire microstructure is the same,” which creates an ideal alignment of particles and optimizes their reaction to magnetic fields, Chmielus says. To change their shape or other mechanical properties, the alloys undergo “phase transformation” depending on environmental factors such as temperature, pressure, or the strength of a magnetic field.

But those high-performing alloys also have limitations. They’re expensive and hard to make. It’s also difficult to create robust, complex shapes from them, Chmielus says.

To find a more cost-effective, efficient way to produce complex structures for future applications such as sensors, robotics and mechanical devices used in power generation, Chmielus chose a feedstock of nickel-based alloy powder (a commonly used magnetic shape alloy known for its low twinning stress and actuation properties) that the researchers can make themselves. The lab is also experimenting with feedstocks made from biocompatible materials and titanium alloys.

The researchers also built their own 3D binder jet printer, enclosed in a metal box. They use permanent magnets or electromagnets outside of the box to magnetize the material inside of it. A small magnetic field is all that’s needed, Chmielus says.

Chmielus has seen several benefits to binder jet printing system. Unlike single-crystal alloys, the nickel-based powder doesn’t have to be melted with a laser before it’s printed, making the process cheaper and more accessible. The binder jet printer simply lays down a layer of powder and then a layer of glue over that and repeats the process until the object is complete. “It’s similar to the ink jet printer you use at home,” he says.

Binder jet printing is also much faster than the laser sintering process commonly used in additive manufacturing, Chmielus says. “You don’t need the laser dots that scan over the sample,” he says. “Instead you use huge cartridges that print over entire areas. It’s at least ten times faster.”

The problem with binder jet printing, though, is that it does a lousy job of aligning the powder particles for optimum properties. The researchers overcame that by magnetizing each layer, choosing magnetic fields of different strengths to alter the alignment of the particles. “The magnetic field moves through the powder and aligns the particles for better properties,” he says. “It’s like putting a magnet into a bucketful of nails; one nail attaches to another.”

The researchers are now working to further optimize the particle alignment. In the future, that will help manufacturers print materials with magnetic orientations tailored to specific applications and products, like electric motors and generators.

Binder jet printing will also allow manufacturers greater ability to alter or customize the porosity of the material.

“You can create different types of structures with fancy designs and features, like having fluid run through it,” Chmielus says. “While porosity is not good for some structures, it’s exactly what you need for others.”

The printed alloy can also generate its own power because the particles are directionally magnetized. By mechanically deforming the material, the magnetic field changes direction, generates power, and causes actuation, Chmielus says.

In the next phase of its research, the lab is planning to print “something really boring,” like a cube or something that resembles a piston. In a few years though, Chmielus expects the process to enable manufacturers to 3D print complex metal actuators and other advanced structures that they can only envision today.

“This opens up so many possibilities,” he says.

You can create different types of structures with fancy designs and features, like having fluid run through it.Prof. Markus Chmielus, University of Pittsburgh