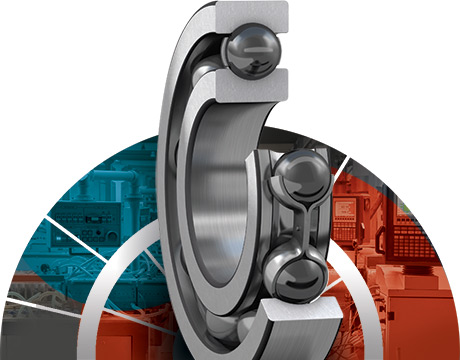 As anyone who ever had a bearing fail knows, durability counts. So, imagine the reaction of bearing engineers and tribologists at a recent Bearing World conference when a keynote speaker from one of the world’s largest bearing makers announced that predictability is more important than longer bearing life.

“So, what if we could combine those models with real-time data on bearing performance?” she asked. “It would be difficult, but then we could say, ‘I know for a fact that this bearing will fail next week, rather than say, ‘10 percent of these bearings will fail within a certain timeframe.’?”

While some researchers argued that this was impossible, van Camp was adamant: “This has to become the norm, because no one should accept a failed bearing shutting down a factory.” 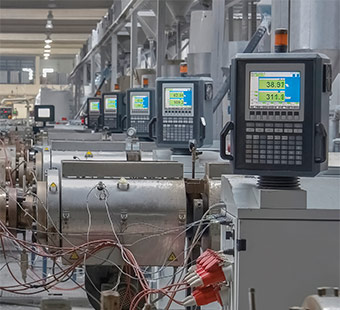 The Industrial Internet of Things makes it possible to monitor machine condition by integrating bearing software with machine and factory software. Image: NTT

Her vision goes far beyond condition monitoring done in many factories today. By harnessing the Internet of Things (IoT) and other Industry 4.0 technologies—low-cost sensors, Big Data analytics, and machine learning—SKF and its competitors want to catapult one of the world’s oldest mechanical devices into the digital future.

In fact, bearings are emerging as a poster child for Industry 4.0. Yet this heady mixture of digital technology and physical products is also disrupting how companies monitor, operate, and service rotating equipment; the way they sell and service products; and who they partner with and compete against.

SKF has embraced this disruption. In the past, the company sold bearings, lubricating systems, and related products. It also provided services that range from rebuilding worn and damaged bearings to monitoring the condition of “several million” bearings around the world.

Today, SKF is using that crucial data—and its research into bearing failure—to sell “reliable rotation” as a service.

“The most expensive event in a factory is when a bearing fails in a critical machine and shuts everything down,” van Camp explained.

By turning unexpected failures into planned maintenance, van Camp promises to lower costs and boost factory output. But she wants a share of those additional profits.

“If we sell bearings as pieces of steel, it’s hard to get a fair share of their value,” she said. “Instead, we want to pick the right bearing and lubrication system for each application, monitor them, and take the right remedy action when there is a problem. We want to negotiate key performance indicators with our customers and get paid for meeting them. This is the business model that our company is betting on,” van Camp said.

SKF is not the only company seeking to sell mechanical products as services. Rolls Royce and its aircraft engine competitor, General Electric, get paid on operating time. So, do companies in other industries, such as Boeing, Valmet, and Caterpillar.

Yet digital disruption slices both ways. It enables SKF to bind itself more tightly to customers but exposes it to more—and sometimes very different—partners and competitors.

How did bearings become the spear tip of the IoT revolution?

They are, after all, among the oldest mechanical devices. Bearings were used in hand drills in ancient Egypt and revolving tables in the Roman Empire. Today, they go into everything from pumps, fans, engines, and milling machines to wind turbines, ore crushers, and paper manufacturing machines.

They get their name from “bearing” the load of a rotating shaft. In a simple bearing, the inner ring spins with the shaft and transmits its load through rotating balls or cylinders to an anchored outer ring that takes the shaft’s weight and torque.

Industrial bearings are custom designed for each application. They consist of hard, finely machined metals that roll easily and resist wear, elastomeric seals to prevent contamination, and lubricants to reduce friction.

They fail in many ways. Sometimes, they are damaged (often with a hammer) or misaligned during installation. Seals get punctured or eaten away by chemicals. Operators run machines too fast or cut an alloy or crush ore with different hardnesses or chemical compositions. Even lubricant can be an enemy if operators use too little, too much, or the wrong type.

Before they fail, bearings emit cries for help. Each mode of failure has a distinct sound. By listening to those sounds with a vibration monitor—while monitoring heat, torque, and rotating speed—researchers can estimate how long a bearing has left.

This is called condition monitoring. First, engineers calculate the frequencies to watch from the bearing’s geometry. Then they try to isolate those frequencies while suppressing the noise made by other bearings and moving parts inside a machine.

A large paper mill, for example, might have hundreds of rotating parts. It takes a combination of sensors and algorithms to get it right.

SKF got into the business when it purchased a pioneer in the field, Palomar Technology, in 1989. As van Camp noted, it now monitors millions of bearings. Yet condition monitoring has its limits.

“You could look at vibration and draw conclusions about whether to stop now or continue to operate, but you couldn’t really say how much longer,” she said.

“To do that, we need more data about the process. For example, if it is an ore crusher, we needed to know what type of rocks they were crushing, the sizes going in and out, and the loads. For a paper plant, we needed the wood content and its flatness, which means different things depending on the process.

“With all that process data, we can start making accurate predictions.

We can tell a miner how long the crusher will operate or to crush smaller rocks to run longer. We can tell how long a cutting machine can run before it ruins a part," she added.

“And when a bearing needs replacement or maintenance, we can tell what kind of maintenance it will need and connect back to our supply chain to have those parts ready. If we see a recurring problem, we can redesign the bearing to fix it,” van Camp said.

As the number of sensors it monitors has grown larger, SKF has turned to machine learning to find hidden patterns. According to van Camp, the data are too great for humans to discern those patterns. Machine learning does that well and comes without the prejudices of engineers who look for problems only where they expect to see them.

SKF provides customers with software, including apps that help install and analyze bearings. It also makes portable vibration testers, which technicians use like a stethoscope to take the pulse of individual machines during walk-by inspections.

In larger factories, embedded sensors eavesdrop on bearings in critical machinery. This data may go to an SKF monitoring center or to a factory’s control system.

“We’ve publicly announced a partnership with Honeywell, but we work with several other main control system players,” van Camp said.

The same is true with machine makers, who also want to offer condition monitoring services.

“Where we fit in is as a service or knowledge partner with rotating equipment,” she said. “If you’re producing gear boxes, you don’t have to be a bearing expert. Leave it to us. We work to build our intelligence into their software, so users don’t have 10 different screens to look at.”

“In exchange, we provide the bearings and the maintenance on them, and they do the services they’re good at, like winding motors or building machines,” van Camp said. “We cannot give this away because we do not want to become the Red Cross for bearings.”

SKF is not the only company trying to shake up the industry. Schaeffler Group, Germany’s largest bearing maker, recently signed a deal with IBM to use Watson technology and the cloud to monitor and analyze its bearings under operating conditions and opened a Silicon Valley research center to tap the region’s disruptive energy.

It also became the second company, after SKF, to embed sensors within a bearing. This is an impressive achievement, since the chip-based sensors must retain power and function flawlessly for years inside a dirty and aggressive environment. The payoff is greater accuracy and better predictions.

Other large producers of industrial bearings are following the same path. Surprisingly, so is Germany’s igus, a producer of self-lubricating plastic bearings used in applications with lower loads.

“You don’t need to have a complicated system of electronics to monitor our bearings,” said Richard Habering, who heads the company’s new smart plastics division.

One way is to measure the thickness of a bearing wall. Another is to embed a wire in a bearing; when enough of the bearing wears away, the wire closes a circuit that sends a warning.

“In most of our bearings, the gliding part is changeable,” Habering said. “If you wait too long, you can destroy the shaft and the bearing. But do it too early and you lose money by replacing a bearing that could run longer.”

In addition to traditional competitors, SKF’s digital journey has put in competition with traditional control system companies, such as Emerson Electric. Like SKF, Emerson also bought a condition monitoring company, Computer Systems Inc., in 1995. The two competitors, however, have very different value propositions.

“Instead of the bearing level, we’re looking at the facility level,” said Jacob Swafford, Emerson’s senior manager of sales development. “Our focus is much broader.”

SKF has strong analytics, he explained. But it can also pull a bearing out of a machine, determine the root cause of failure, recommend improvements, and repair or replace the bearing.

“I could argue that our technology is just as deep or deeper, but we chose to go the other way,” he said. “We look at things more holistically.”

Emerson’s goal is to aggregate data from bearings—and other machines and components—run high-level analytics on it, and help customers use that information to make “step changes” in plant operations and productivity.

Honeywell has both large and small customers. While many large facilities take condition monitoring seriously, many smaller facilities often seek help only after a machine failure hurts their business.

Digital technology, and especially the mad scramble to plug into the IoT, also brings out some unexpected partners and competitors. One is NTT DATA Services, a $22 billion subsidiary of the Japanese telecommunications giant Nippon Telegraph & Telephone (NTT).

So, how much does NTT know about running a factory?

In addition to stand-alone data centers, the company operates factory IT systems around the world, and is on 70 percent of the shop floors in Japan. Branching into the industrial IoT is a logical extension of that business.

Sharma makes a strong case. His team consists of experienced factory IT engineers who understand how to collaborate with customers on instrumenting bearings and machinery. NTT develops its own machine learning algorithms and builds several types of factory sensors.

Like Emerson, it understands how to aggregate data to provide its own monitoring and predictive maintenance. In fact, Sharma said the company is considering building command centers for the likes of John Deere. And it has vast experience integrating factory data into control systems and corporate enterprise software, such as SAP.

Yet, even as digital technologies are turning the factory floor into a free-for-all of competing technologies, bearing manufacturers—and companies like them—have a key advantage. They have built them, pulled them apart, and analyzed how and why they fail. Software that embeds that knowledge and makes it easy for companies to access gives them an edge.

As van Camp noted, “Data analysis and visualization and the ability to draw conclusions and to take the right remedy action is where SKF is unique and provide real value to customers.” ME 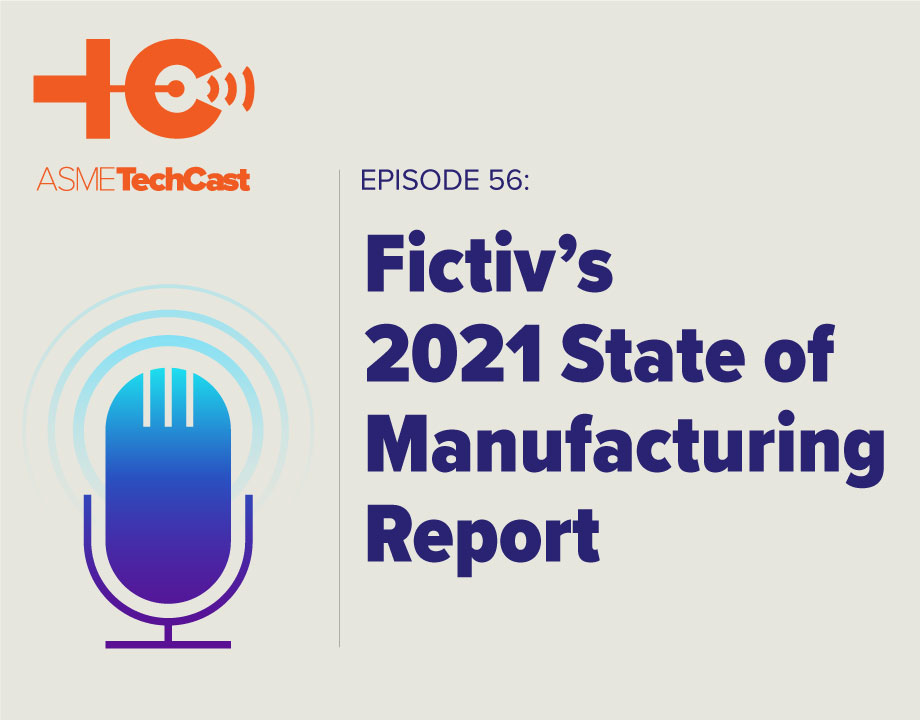