The Robotic World of Melonee Wise

The Robotic World of Melonee Wise 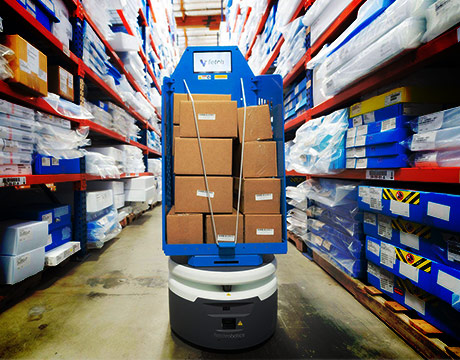 Melonee Wise knows robots and has been interested in them since childhood. Wise founded Fetch Robotics in 2014 and has extensive experience in the growth of the open source Robot Operating System. She started Fetch Robotics after founding and running Unbounded Robotic, a spin-off of Willow Garage, where she led a team of engineers developing next-generation robot hardware. Wise was a 2015 recipient of MIT Technology Review’s TR 35 award for technology innovators under the age of 35. She recently spoke with Mechanical Engineering magazine managing editor Chitra Sethi.

ME: You studied mechanical engineering up to the doctorate level, but you also influenced the growth of the open-source Robot Operating System. Did you enjoy working more on the software side of robotics?

M.W: My career as a mechanical engineer has not exactly been what I expected. During my grad school I did internships with Honeywell and learned a lot about what engineers are supposed to be doing. When I came to California at Willow Garage, I worked a lot on control and dynamics and ended up being a software engineer for six years. That was a step in the direction I never expected, and then after a couple years I ended up doing mechanical design. I enjoyed both but sometimes I enjoy the software more because with hardware you have a definitive design cycle.

For You: Snake Robots Crawl to the Rescue

ME: From the role of senior engineer to the CEO of two companies within six years, how was the transition to the business side? 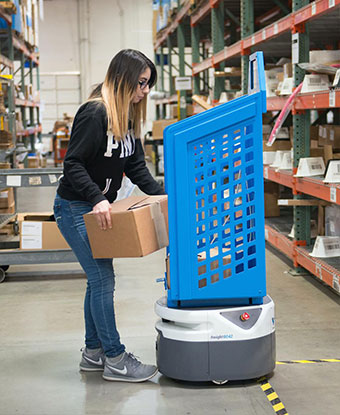 M.W: It’s more when you start managing people that you become less hands on. Becoming a CEO was really about understanding how to focus your technical pursuits in a way that improves the team without getting in the team’s way. I think one of the hardest transition in being an engineer to a CEO is the social transition. You are suddenly stepping out of a very technical role and you have a lot of technical people around you who don’t understand that transition; that creates some tension.

ME: Warehouse robotics is a hot space right now and there is a lot of competition in this area. Why do you think your robots will succeed?

M.W: We design both the hardware and software. The hardware is extensible, so you can put different accessories, enable integrators to work with customers. Same with our software as it enables people to deploy fast and allows automation very easily. We have invested a lot of time and energy in the usability of the product not just from a hardware but software perspective. There is a lot of pressure in the warehouse industry to move quickly and there aren’t enough people to do the warehousing jobs, so it puts us in a very good position to provide automation.

ME: How do you see warehouse robots evolving? From warehouses, where do they go next?

The next biggest, most possible thing is autonomous driving and it will take 10-to-20 years to really have ubiquitous adoption of it. Melonee Wise, Fetch Robotics

M.W: The next biggest, most possible thing is autonomous driving and it will take 10 to 20 years to really have ubiquitous adoption of it. We are starting to see testing in fair-weather cities but that’s not uniform adoption. Another area where you will see more and more robots entering is eldercare. It’s a very hard problem to solve and it will take people a lot of time to be successful in this space.

ME: You have been in the field of robotics for almost two decades now. Have you seen much progress being made in easing up gender disparity in the robotics world?

M.W: It’s hard to look at it in the robotics world. In engineering, there has been some progress but a bigger problem for robotics is the number of students going to grad school because in robotics we need people with graduate degrees. It’s really about how we inspire students early in the education cycle to think about engineering. One of the challenges we put up ourselves is that engineering is very hard and people say I can’t do it without even trying it. We have to hang the dialogue around mathematics to start. We must engage women throughout the entire process of STEM education. That women need extra help is not the message we should be sending. Read the latest issue of theMechanical Engineering Magazine.