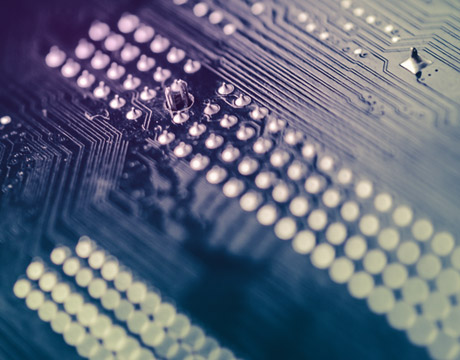 Each day, the Internet of Things ecosystem spurs a greater amount of connected devices, cars gain greater autonomy, and high-temperature technologies generate more information that needs to be collected. But the MEMS sensors they rely on are made mostly from silicon, which doesn’t stand up well to high heat.

Researchers from Johns Hopkins’ Mechanical Engineering department created an alloy that they believe can be better. “The whole design problem was to take MEMS into more extreme environments,” says Gianna Valentino, a mechanical engineering Ph.D. student who worked on the project.

The team needed a material that was as malleable as silicon but with better thermal expansion properties. So they started with nickel, which is already widely used in the superalloys of the macro world, and added molybdenum and tungsten to hamper nickel’s tendency to expand.

If we could put more and better sensors in jet engines, we could make them much more efficient and reliable. Prof. Gianna Valentino, Johns Hopkins University 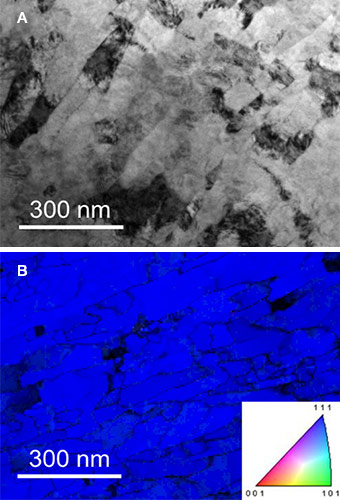 To make the sheet as thin as possible, they used a well-established technique called sputter deposition. In short, they put a piece of the alloy in a vacuum and bombarded it with argon ions. Atoms pop off the chunk and get redeposited on the substrate below, forming a unique structure.

“Instead of a single crystal with all the atoms aligned in a specific way, it started to grow a layer, and then a layer was kinked next to where it should have of been. It then grew at an angle, and then kinked back. And then kinked back again,” says Kevin Hemker, a professor of mechanical engineering, who led the research. With all the zigzagging, the layers that grew were very closely spaced. And that meant that the film they created was incredibly strong, three times the strength of high-strength steel.

The new alloy can handle temperatures over 1,800 °F. That means sensor can now go where they’ve never gone before.

The new alloy can handle temperatures over 1800 degrees Fahrenheit. “Imagine the challenges associated with putting sensors in a jet engine: a high corrosion, high temperature, high-speed environment,”Hemkersays. “If we could put more and better sensors in jet engines, we could make them much more efficient and reliable.”

More for You: Read about the latest in Manufacturing and Design from AASME.org

Cars, which are already loaded with sensors for airbag deployment, tire pressure, and accelerometers, among many other things, don’t have any in arguably the most important place, the engine block. Currently the exact position of a drill bit as it goes underground is unknown to the companies operating it—the heat is too great to include a gyroscope. With the new alloy we’ll know a lot more about what’s going on with the drills and engines of the world, to say nothing of power plants and all things aerospace. 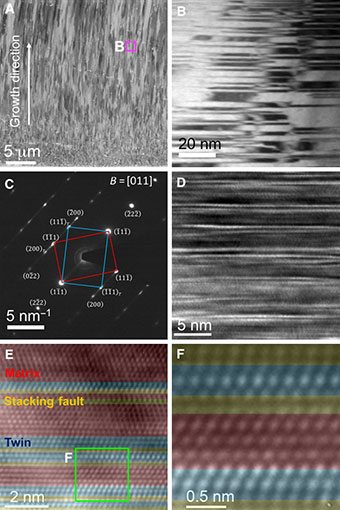 The alloy, since it is made from metal, is conductive as well as super strong. The appliances of the world stand to profit.

“Think of smart washing machines and fridges,” says Hemker. “If you want them to turn on when the power is cheapest, you won’t have to throw on a big macroscopic solenoid. You could run the power through a computer chip, but it has to have the capacity to run that kind of current. The new alloy has that capacity, where silicon does not.

Hemker is now looking at how the alloy can be tweaked during the deposition process.

“The rate you sputter down, the temp of the substrate, and the pressure you use; those are all parameters that we can vary,” he says. Meanwhile, Valentino is creating a cantilever with photolithography, as a proof of concept for the material.

When they’re done we may finally have a look into the hottest, most important parts of our world.