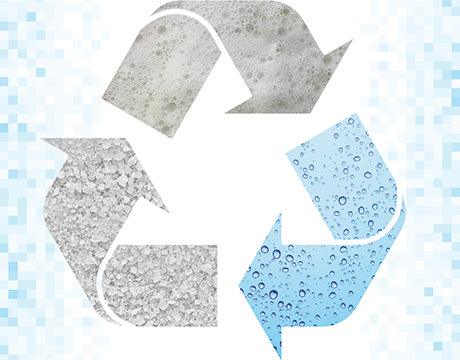 As Earth continues to run out of consumable water, the desalination industry continues to grow. Unfortunately, the many of the 16,000 desalination plants operating worldwide are producing bigger-than-expected flows of wastewater and toxic chemicals.

That amount of brine and chemical pollution poses major risks to ocean life and marine ecosystems. Fish accumulate toxic chemicals and seabed creatures suffer from low oxygen and high salt levels near desalination plants, all of which impacts the entire food chain.

To help solve the problem, U.N. scientists have highlighted a number of economic opportunities to use brine and have called for the scientific community to develop technologies to extract metals and salt from waste water.

“Using saline drainage water offers potential commercial, social and environmental gains. Reject brine has been used for aquaculture to cultivate the dietary supplement Spirulina, and to irrigate forage shrubs and crops,” Manzoor Qadir, the author of the study, said. “There is a need to translate research and convert an environmental problem into an economic opportunity.”

Coinciding with the U.N.’s report, engineers from Massachusetts Institute of Technology have published a study detailing a simple process of converting brine into chemicals, including some that can be used in the desalination process itself.

“Environmentally safe discharge of brine is manageable with current technology, but it’s much better to recover resources from the brine and reduce the amount of brine released,” said John Lienhard, professor of mechanical engineering and the study’s author.

The idea behind this research is to find a way to turn waste into revenue. The MIT team was able to produce sodium hydroxide—caustic soda—an omnipresent versatile alkali found in many labs and used to pretreat seawater before it’s desalinated. Caustic soda changes the acidity of seawater entering desalination plants, helping to protect filtration membranes from fouling, a common failure cause at reverse osmosis desalination plants.

“The desalination industry itself uses quite a lot of it,” said Amit Kumar, study’s co-author. “They’re buying it, spending money on it. So if you can make it in situ at the plant that could be a big advantage.”

Hydrochloric acid can also be made on site. It’s another chemical widely used for cleaning pretreated water at desalination plants, as well as a source of hydrogen for producing other chemicals. The team is also looking into fruitful ways of extracting metals and other chemicals from the brine stream.

Both hydrochloric acid and sodium hydroxide are results of direct electrosynthesis—water splitting reaction produces positively charged hydrogen ions and negatively charged hydroxyl ions, which are combined with the brine stream to yield the two needed chemicals.

The process is not new, but the study details a feasible approach to effectively recycle brine instead of dumping it back into the sea. The MIT proposal suggests investing into chemical production instead of inefficient and unsustainable pumping systems.

“This very concentrated brine has to be handled carefully to protect life in the ocean,” Kumar said. “It’s a resource waste and it costs energy to pump it back out to sea.”

The challenge is the cost of electricity and equipment, MIT engineers said. They are now looking into ways to test and fine-tune the process at industrial levels.

In their 2018 market report, Technavio analysts estimate the desalination industry will grow by close to 9 percent annually till at least 2022. MIT team’s study is riding this wave, offering to improve the economic viability of desalination and reduce its environmental impact.

Environmentally safe discharge of brine is manageable with current technology, but it’s much better to recover resources from the brine and reduce the amount of brine released.John Lienhard, MIT