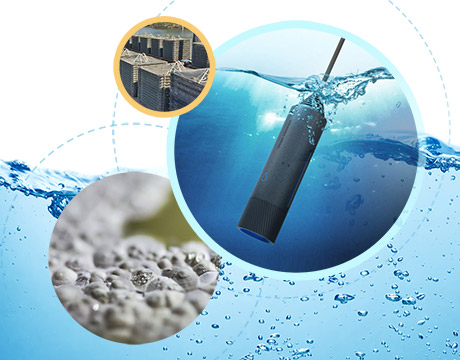 The human race is staring down a crisis like nothing it has ever faced before. As the population around the world continues to grow, humanity is faced with increasingly short supplies of food.

The United Nations estimates that 815 million out of the 7.6 billion people in the world, or 10 percent, suffered from chronic undernourishment in 2016. While global food production needs to substantially increase to meet this ever-growing demand, we are also running out of places to produce this food. The Earth has already lost a third of its arable land, and climate change will only continue this trend.

The answer to these challenges is being found not on land, but under water. Aquaculture, or fish farming, has become viewed as an inexpensive, efficient way to feed the world. Fish varieties grow quickly to maturity, are very lean, and offer other health benefits, including those from Omega-3 fatty oils. At the same time, properly managed production facilities can limit the farms’ impact on the environment.

Seafood is, in many ways, an ideal food source. It’s healthy, plentiful, and sustainable. And the market knows it. The industry was worth roughly $176 billion in 2017 and is on track to reach $219 billion by 2022. That’s a five percent compounded annual growth rate.

Given this soaring demand, engineers in many fields are currently working to ensure that aquaculture as an industry is as clean and efficient as possible. This includes remote sensing technology, targeted feed additives, and recirculating water systems that can be built and function on dry land.

For example, Prospective Research, a startup out of Massachusetts, is leveraging bacteria to create naturally occurring replacements for antibiotics and other pharmaceuticals used in aquaculture. They’re doing this by modulating individual bacteria using signaling molecules that can trick the bacteria into turning on its natural biotics, or defense mechanisms.

“Maybe in 10 years this technology will be used in humans and maybe in five years in cattle and poultry to replace antibiotic growth promoters,” said Dakota Hamill, founder and CEO. “But we focused on aquaculture because it was fast growing and is faced with a very large challenge, which is how do you control disease in a population of animals in which governments have completely banned the use of antibiotics?”

The company’s solution has been to create what it calls “stim keys,” which are in effect chemical listeners that mimic what bacteria and fungi use to communicate in the soil to detect competitors or threats. In response to that signal, they’ll turn on their biodefense weapons, which are antibiotic, antifungal, and antiparasitic.

As many as 70 percent of the drugs we know today come directly from these bacterial sources, which have been evolving these tools for billions of years. Researchers can access the blueprints to as many as 40 different secondary metabolites just from the bacteria that’s found at the bottom of the ocean or in the soil.

This is medicine in its most natural form, delivered directly to fish via their feed.

Further up the chain, Osmo Systems is working to address water quality concerns in aquaculture installations by bringing Big Data analytics tools to what has so far been a fairly low-tech industry.

“Right now, about 70 percent of our farmed fish and shrimp is raised on land in systems that are highly outdated,” said Zach Stein, CEO and co-founder. “You take the shrimp industry, for example; This is a $54 billion a year industry growing at 10 percent per year and it's still run like it's 1980.”

Osmo’s solution has been to develop low-cost, low-maintenance water quality monitoring systems for fish farms that take the guesswork out of day-to-day operations while layering in data gathering functions to help make farms more efficient and sustainable.

“We see the key first step as gathering high quality, real-time, high-fidelity data from each pond,” Stein said. “And that allows you to do a few things. First, you can monitor the water quality to avoid high mortality, catching problems early and then alerting the farmer. Then, the long-term aspect of it is combing this with other data and looking at how the system can be designed to actually function better, get those survival rates up, and improve performance.”

These goals are the “low-hanging fruit,” he said, given aquaculture’s long history of inefficiencies. From a sustainability standpoint, the more animals that make it to harvest, the more sustainable—and profitable—the overall system will be.

“The typical oyster farm has a series of floating cages, each with about six different bags underneath,” said Chip Terry, CEO of OysterTracker, a startup in Maine working to bring similar digital tools to the fast-growing oyster farming market. “Each of those bags might have 200 market size oysters in it. And you've got a growing cycle that lasts anywhere from a year if you're in Florida to multiple years if you’re in PEI or British Columbia. It’s really water temperature dependent.”

In other words, it’s a pretty complicated process, while, for most oyster farmers, their version of a sophisticated farm management system is a whiteboard and a notebook. That’s all many of them are using to manage what can be a multi-year process that includes 10 to 12 “touches”—or in-field adjustments per oyster—per lifecycle.

OysterTracker’s solution is to transform the functionality of today’s pen-and-paper solutions into the digital age, with a mobile app and digital tracking system that make oyster farm management quick and easy, without a lot of training time.

“We're really seeing a renaissance of shellfish in general and oysters in particular,” Terry said. “It’s one of the healthiest proteins you can get. Its environmental impact is essentially net positive because you don't have to add any fertilizer or feed, and it cleans the water. It’s a great time for this industry.”

Right now about 70 percent of our farmed fish and shrimp is raised on land in systems that are highly outdated. Zach Stein, Osmo Systems