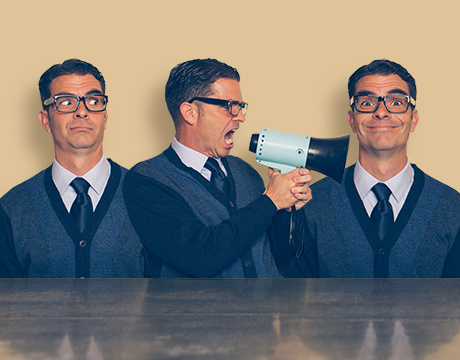 Four Tips for Speaking Up to Your Boss

Ann, a senior engineer at a biomedical device company, recently told us about a conflict with her boss. She complained that he scheduled team meetings every Friday at 5 p.m., an inconvenient time. When we asked what her boss said when she confronted him, Ann responded that it was impossible because he didn’t like to be challenged.

Ann got angry when we said it wasn’t impossible to confront him. Rather, we said it sounded like she didn’t want to live with the consequences of challenging him, despite knowing it was the right thing to do. By the way, Ann has over 20 years of experience and has received a number of engineering awards.

When we said that this seemed ridiculous and costly, Henry piled on even more heated comments about the project director. Like Ann, when we asked why he accepted this state of affairs, Henry said he couldn’t confront his boss because “she would never change.”

It is amazing that so many employees feel unable to discuss the things that bother them with their bosses. And isn’t it ironic that their companies frequently promote value statements that include “be courageous,” “empower yourself,” and other similar inspirations?

But there is a bigger problem. When we don’t do what we know in our hearts is the right thing to do, it results in awful consequences. The predictable sequence looks like this: Let’s say you do something that annoys me. I wait for you to change but you do not. I get more annoyed and I vent to others about your bad habit, but not to you. Even as I get angrier, I fail to act.

Over time, I feel like a victim of your behavior, rather than recognizing that I enabled your behavior by withholding from you how I feel. And because it’s hard to hold negative judgments about myself, I blame you. This cycle is perfectly designed to off-load responsibility from ourselves to other people who may or may not know they are doing something that bothers us.

While this phenomenon exists in plenty of relationships, it is most acute in boss-subordinate relationships, where both parties accept an authority imbalance.

And the paradox is clear: The higher you go in an organization, the more feedback you need (and the less you get). On the other side, when you withhold feedback from your boss you are likely to become less engaged and less productive.

It’s hard for many of us to ‘speak our truth to power.’ But here are some things you might consider doing if your boss has a pattern of behavior that impacts your morale or productivity.

Your job is not to change your boss’s behavior; that is her job. Your role is to provide the information to help your boss change her behavior if she choose to do so.

Most employees think they have less power than they really have. Unless you are a horrible employee, few bosses want to get rid of you since it’s hard to find good talent. It’s helpful to realize you have more influence than you think.

Read More on Mediation: How Engineers Can Resolve Conflict and Save Their Business

3. Link Your Message to Results

For instance, Henry might say to his project director, “Over the past three meetings you were 30 minutes late. We lost productive time which will reduce our profits. This also left me feeling frustrated, which has affected my morale. I need for us to discuss how this situation can change as it’s impacting our bottom line.”

4. Hold Forgiveness in Your Heart

You may have allowed the situation to fester to the point where it is difficult to believe your boss can change. You may be correct. But consider that our annoying habits are often based on us being unaware of the impact of our actions on others.

Even if you don’t get the results you seek, by constructively confronting your boss, you will feel a greater sense of control, which is what your boss’s behavior has threatened in the first place. And until we confront what bothers us, we have only ourselves to blame.