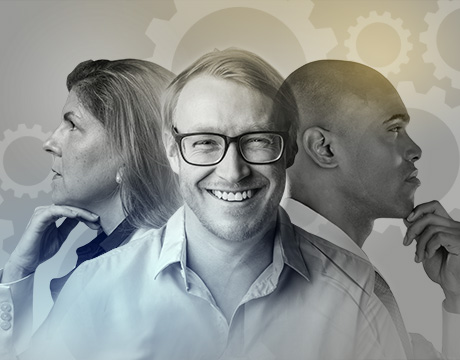 How Engineers Can Resolve Conflict and Save Their Business

Mark Zuckerberg and Eduardo Saverin. Jamie Dimon and Sandy Weill. Lennon and McCartney.Each of these successful business partnerships broke up, not because of philosophical differences, but because of interpersonal conflict. How can savvy business partners prevent their conflicts from devastating their businesses before it’s too late?

Hal and David, two founding partners of a fast-growing engineering startup, approached us to help them resolve their conflicts. They claimed they would dissolve the firm if they couldn't reduce the tension between them.

There are three critical steps that business partners and other senior leaders can take to reduce unnecessary flashpoints and get on with building their businesses.

For You: Engineers Fighting Depression Shouldn’t Go It Alone

Before dealing with sensitive interpersonal issues, it’s crucial to isolate the areas of friction and improve those processes and systems that become flashpoints for conflict. For instance, Hal’s and David’s client intake procedure hadn’t changed despite the firm doubling in size in a short time. Whoever answered the phone got the client and the credit. This caused competition and confusion. So, we established a more equitable process.

We asked Hal and Dave to each tell a story about something their partner did that upset them. Both stories mirrored each other, where one was victim, the other villain. Each revealed an underlying fear of losing control.

We all laughed together when they realized how much they had in common; it was only when their feelings of control were threatened that they became upset. Over the next month, they shared their stories when they became annoyed by the other’s behavior. We also explored different narratives of the same event.

At our next meeting Hal and Dave were more relaxed. They had learned to separate their observations from their judgments, and “own” their stories. They said it felt like “the good old days.”

But their optimism was short-lived.

Difficult conflicts fester over time when they aren’t dealt with directly. Expecting them to disappear overnight is unrealistic. People backslide when negative events trigger old feelings.

Predictably, Hal and Dave had some quarrels to discuss in our next meeting. But in contrast to earlier sessions, their demeanors were calm and they were open to understanding their partner’s perspective. This conversation led to an agreement to meet every Friday to provide ongoing feedback.

That was when we knew they were on the right path.

They are still having those weekly meetings, and are still in business 10 months later.

Hal and Dave are like many executives: well-intentioned people who react strongly when they feel threatened. But unlike many other leaders, they didn’t sweep their conflicts under the rug until it was too late.

The first step to sustainable conflict resolution is to remove the underlying friction points. This lowers the temperature. Second, to reveal that the stories we tell ourselves when we are upset are mostly self-serving and often inaccurate. And finally, to ensure that two-way feedback mechanisms are in place to sustain the renewed, healthy relationship.