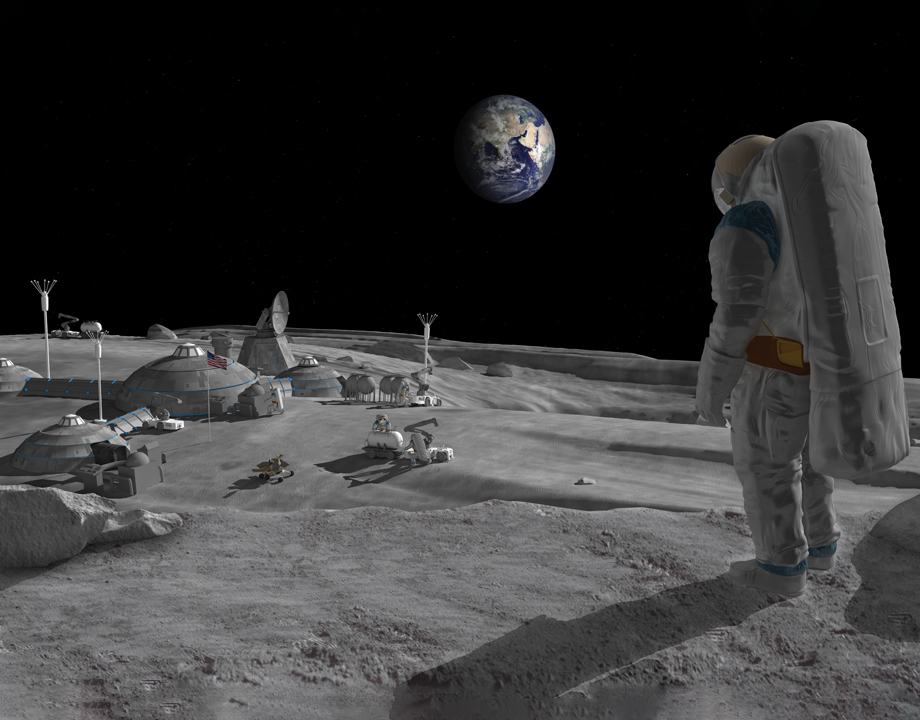 An artist’s conception of a smart habitat on the Moon. Image: Amin Maghareh, Purdue University.

Aerospace Building Construction Building Equipment Contractors Electric Power Robotics
With five years and up to $15 million of NASA funding locked up, Purdue University's Resilient Extra Terrestrial Habitats (RETH) Institute is on its way to imagining and developing the smart technologies humanity will need to inhabit the Moon and, perhaps someday, Mars.

The project is all about laying the foundation for future space dwellings, which NASA is referring to as SmartHabs, said Shirley Dyke, the professor of mechanical and civil engineering who heads RETH. NASA is also funding a second research team, Habitats Optimized for Missions of Exploration (HOME), led by Stephen Robinson at the University of California, Davis.

NASA’s SmartHabs are ambitiously large structures that could house eight to 10 people and that would have personal space for sleeping, eating, leisure, bathing, and exercise. They would also have spaces for storage, research, and agricultural crops.

To build them, RETH has brought together 22 faculty members, four institutions, and two companies, all focusing on different aspects of the work. Projects range from machine learning, robotics, and architecture to geology, art, and more.

“We’re building a strong foundation so that we can answer all sorts of research questions,” Dyke said. “Our approach makes it possible for everybody on the team to pursue the things that they’re most interested in.” 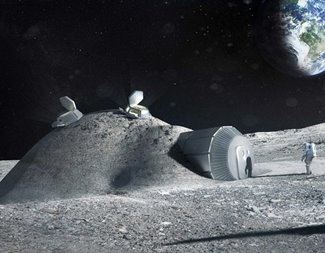 An artist’s conception of the interior of a deep space living space. Image: NASA.
Core Technologies

Many of those interests revolve around the many, many hazards of living on the Moon or Mars. The Moon, Dyke explained, is a “worst case scenario” environment. With no atmosphere, there is obviously no air or pressure on the surface. There is also nothing to protect a dwelling from extreme heat/cold cycles of lunar days and nights, radiation, and lunar dust, which is extremely abrasive and corrosive.

To address these factors—and the fact that SmartHabs must keep themselves operational even when no one is there—RETH is taking a three-pronged approach: resilient systems, situational awareness, and robotic maintenance.

Resilience. Resilience focuses on avoiding and shielding against as many hazards as possible. One way to do this is to shelter within lunar lava tubes. Much like what we find on Earth, the Moon has massive underground tunnels formed by ancient volcanic activity. Evidence shows that the lava tubes are deep and expansive enough to house entire cities. Constructing SmartHabs within these tubes will safeguard them against high lunar levels of radiation.

Situational awareness. Humans may not always inhabit these structures, so SmartHabs must maintain themselves. This starts with damage detection, which can be done with sensors to monitor things like temperature, pressure, atmospheric composition, leaks, and radiation. In most cases, autonomous systems can then use this situational awareness to make adjustments. 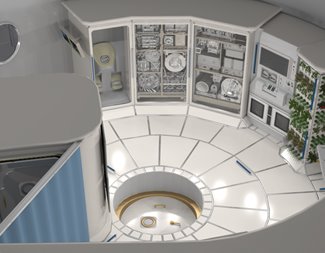 Building abodes that can maintain their status between visits from astronauts will require advances in resilience, situational awareness, and robotic maintenance.
That will not work in every case, unfortunately. SmartHabs are sensitive, highly interdependent systems, and one breakdown can trigger a series of cascading failures.

“Often what you see is that one glitch in a subsystem can cause the entire system to go haywire,” Dyke said. “Right now, the engineering community is working to understand when those complex systems are going to show this type of unusual unstable behavior.”

To ensure that SmartHabs are prepared for anything, Dyke’s team is developing a cyber-physical hardware-in-the-loop type model incorporates both physical and computational elements of the dwelling. This will enable them to run simulations for any type of damage that might occur without building the entire structure in the lab.

“If there’s a breach, for example, there’s going to be a significant localized temperature change and we’re going to lose pressure,” Dyke explained. “We’d like to be able to manage that situation. So we’re trying to understand the complex interactions that take place there so that we can avoid cascading failure.”

Reader's Choice: How Engineers Put Astronauts on the Moon

Her goal is to prevent when she can and compartmentalize the system so in an emergency, she can shut down damaged areas while still maintaining the rest of the structure’s integrity.

Robotics. SmartHabs will also have to repair themselves, whether that involves routine maintenance or fixing a damaged section. RETH’s goal is to develop intelligent robotic systems that can identify and fix the malfunction. That means developing robots that have the intelligence and autonomy to address an uncertain situation.

“There’s a lot of work to be done to develop robots that really operate autonomously,” Dyke said. “But in order to keep the habitat safe and to maintain things properly or even just to go out and collect data, we need those robots.”

Until recently, many of the technologies Dyke plans to build upon were a science fiction fantasy. To create a truly sustainable Moon dwelling, these advances must become a reality. That is why Dyke welcomes the private sector’s interest and investment in this initiative.

“We’re not trying to build the best habitat right now,” Dyke said. “We’re simply trying to learn the principles and develop the technologies that will enable this to happen.”

With about four years left to go, Dyke and her team are working vigorously to ensure that their plans come to fruition. Her hope is that NASA and private companies can use RETH’s emerging technologies to bring us closer to extraterrestrial living that much sooner.

Cassie Kelly is an engineering and technology writer in Columbus, Ohio