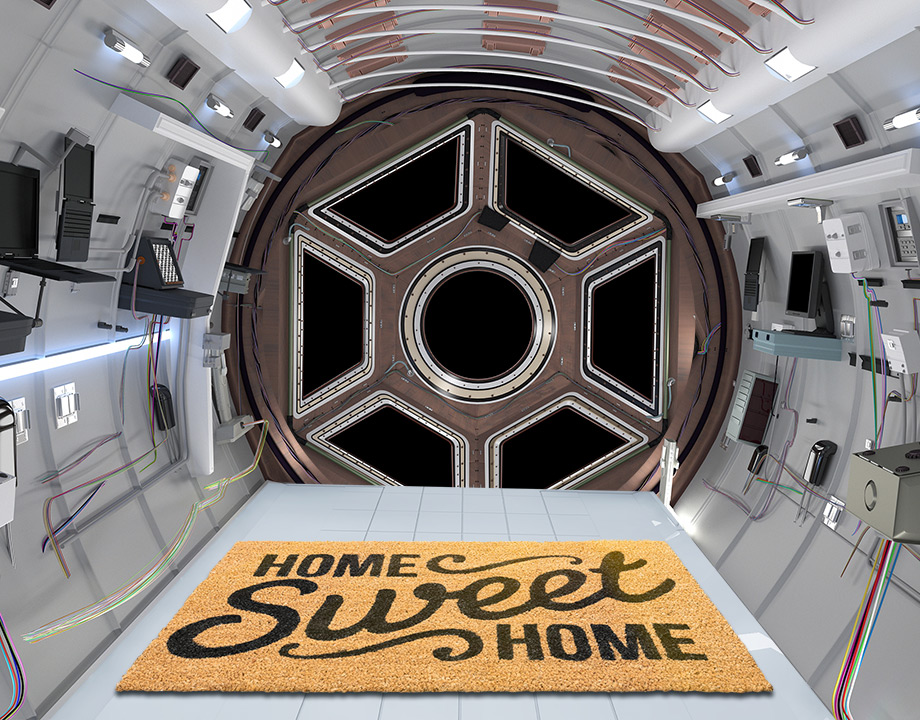 Before humans can venture into deep space, engineers have to train machines to support human life.

In space, bad things can happen if the air conditioning system isn’t working right. Or, worse, if the oxygen is no longer being piped into the astronaut’s living area. When an electrical system doesn’t work properly, the results could be catastrophic.

Preventing equipment errors is one of the big reasons why NASA recently funded Habitats Optimized for Missions of Exploration, or HOME. The project studies various ways how Moon or Mars-based habitats can support human life and can keep operating even when they’re unoccupied. It encompases many developing innovative technologies including machine learning, autonomous robotics, 3D printing in space, and human-automation teaming.


Mario Bergés and his team are bringing their Earthly civil and environmental engineering expertise to space by ensuring the systems that keep HOME habitable will operate without failure with or without astronauts on board. With the help of artificial intelligence, the systems will be able to process and interpret their own data and make decisions to pass to robotic systems or to human occupants. 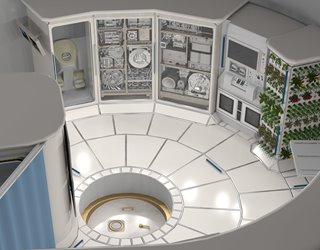 Future astronauts will be relying on different autonomous machines while exploring deep space. Image: NASA
Bergés is an associate professor of civil and environmental engineering at Carnegie Mellon University.

His team aims to bring “situational awareness” to the HOME operating systems, including the life-support systems that supply oxygen, control humidity and temperature levels, and scrub carbon dioxide from the environment.

“We want to understand how the systems within the habitat are operating, what is the health and the condition of each system, and what’s the status of the human within those systems, how much reserve do they have of a certain material,” Bergés said. “This is where equipment monitoring comes in.”

The Carnegie Mellon team is taking their knowledge of the equipment monitoring systems already in place in large buildings and applying it to the space habitat, Bergés said.

By knowing how power is consumed, the status of all the electric-powered systems in the habitat could be monitored, he said.


Artificial intelligence will be an integral piece of the electrical monitoring systems used at HOME. The algorithms that analyze and monitor the systems will use AI to analyze equipment data to understand electricity use. The data will be shared with robotic systems that will process it and act on the physical environment, and, in theory, enable the habitat to maintain itself.

Bergés and his team will begin their work by populating the monitoring systems with enough information to get them started on their machine learning journey.

To that end, the team is currently taking what they know about earth-bound building systems and applying it to space systems. For example, the air conditioning systems within commercial and residential buildings are commonly monitored, so when a change occurs it can be immediately addressed. Over time, the monitoring systems—with the help of AI—can determine potential faults in the system as well as how those faults happen. They can alert building engineers that a problem needs to be addressed or that system maintenance is needed.

“How do you conduct automated fault detection and diagnosis without a lot of system data? This is where AI comes in,” Bergés said.

“We do have machines that learn by themselves if you give them enough data, but we don't have a lot of machines that can reason by using existing engineering knowledge, which can reduce the amount of data they need,” he said.


His team is building the algorithms to monitor those systems by rewriting the existing algorithms that analyze the power draw of electrical systems to power Earth-based buildings. These systems serve as the base of data to train the space models on, so they can eventually detect potential problems.

Project HOME kicked off in October 2019 and the Carnegie Mellon team is busy collecting data from NASA’s sustainability base at the Ames Research Center in Moffett Field, Calif. The information will also help his team build the initial monitoring algorithms.

The sustainability base is a building designed to test energy-saving technologies as part of the federal government's drive to eliminate fossil-fuel consumption in all new government buildings by 2030, according to NASA.

HOME is funded for five years for approximately $15 million, and NASA may apply recommendations spinning out from the institute before the funding period ends. According to Bergés, CMU's research could potentially inform the design of a gateway station that will orbit the Moon as part of NASA's deep-space exploration plans.

Bergés believes that engineers will play a big role in space exploration.

“Since the beginning, civil engineers have been the stewards of the infrastructure that supports modern life,” he said. “If humanity is moving into space, it makes sense for civil engineers to be part of that.”