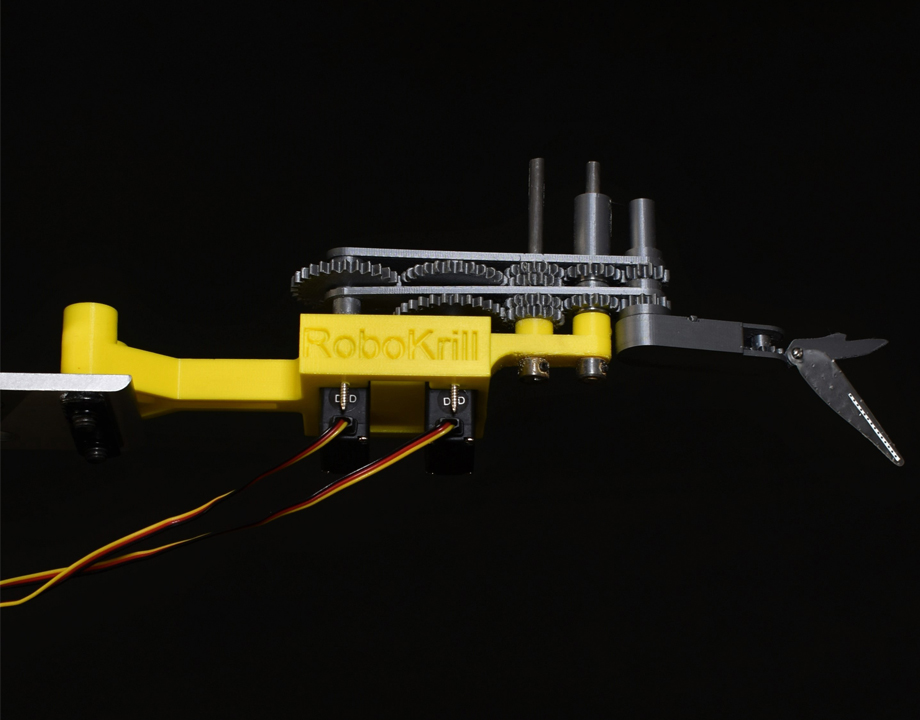 Robotics Technology and Society
A tiny, crustacean-inspired robot may one day swim among others like it in the sea, monitoring the ecosystem and delivering valuable information to scientists. Still in the early stages of development, Monica Martinez Wilhelmus and her team of students from Brown University and collaborators at the Universidad Nacional Autonoma de Mexico are working through some of the initial challenges of designing such a small robot.

“In bio-inspired propulsion most of the designs are either concentrated in the very low Reynolds numbers – like micro-particle concepts for drug delivery – or the other end, which have very high Reynolds numbers and are inspired by fast-swimming organisms like tuna,” Wilhelmus said. “There's nothing really in between.”

Conceptually, RoboKrill, the aptly named 3D-printed prototype, is a simplified model of the real organism (Euphausia superba). Krill are tiny crustaceans that are one of the most abundant and important food sources in the ocean. They form large groups on the surface, diving down when they feel threatened. Scientists do not yet fully understand their behavioral dynamics. 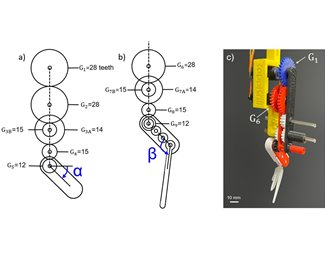 Accuators and appendages propel robot, achieving same range of motion and reynold number as the real crustacean. Image: Brown University
The 10x scaled-up model uses a complex locomotive system involving two actuators and two appendages and can propel itself while achieving the same range of motion and Reynolds number as its living counterpart. Wilhelmus believes RoboKrill could be deployed in “schools” and cover vast swaths of an ecosystem without disturbing the natural habitat.

Because RoboKrill is filling a size and speed gap in the industry, Wilhelmus imagines a plethora of uses for this intermediate Reynolds technology. She and her team hope that the modular design may also go on to inspire similarly small designs.

“Our motivation is two-fold,” she said. “First, we want to engineer a new underwater network for sensing and exploration. Second, we want to develop a platform that is easy to recreate so that anyone can use it to study biological systems that we haven't tapped into.”

There are many mechanical considerations yet to investigate with this design, a major one being that krill tend to be skittish and only school if they feel safe. Matching RoboKrill’s hydrodynamic signature to that of the organisms will be critical. To do this, the team is building a performance landscape in which they can start testing their design. They’ll have to learn about the effects RoboKrill might have on the environment, and vice versa.

“If you create something that's too noisy, fast, or mechanical, then all of the other little organisms in the sea will recognize that and get scared off,” Wilhelmus said. “It has to be sensitive and seamless.”

Wilhelmus noted that additive manufacturing has made this project possible. Just a few years ago the material cost to print anything was a risk. But with the technology now being so accessible, her team can explore all kinds of possibilities.

“This project is not yet funded by an agency,” she explained. “It's a big risk to spend a big budget at this stage. But because 3D printing is moving so quickly now, we can move fast too.”

Editor’s Pick: Lowering the Barrier to Automation with One-Stop-Shops

Going forward, the team plans to use RoboKrill to investigate the role of krill in the transport of oxygen, carbon, and inorganic matter during diel vertical migrations, the daily migrations performed by large masses of mesozooplankton as they look to avoid visual predators during the day and feed at the surface at night. They also intend to study the effects of varying water temperatures to understand how the propulsive efficiency of krill changes seasonally. This will allow them to assess both the role of plankton as ecosystem engineers and the effects of increasing sea temperatures on the locomotion of metachronal swimmers.

Wilhelmus noted RoboKrill also has drawn interest from partners like NASA, which may one day want to deploy a school of them on a distant moon like Saturn’s Enceladus where they suspect there might be underground oceans.

Cassandra Martindell is an independent technology writer in Groveport, Ohio.