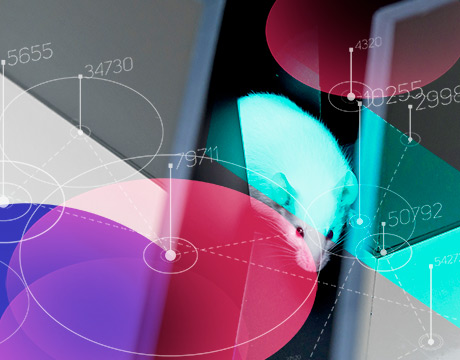 Rats running laps in augmented reality help scientists understand how human brain determines location. Mechanical engineers together with neuroscientists from Johns Hopkins University studied rats because they have a hippocampus—just like humans—the area of the brain that deals with memory and spatial cognition.

In their published paper, the team wrote their experiments prove that human brain constantly recalibrates, updating the internal map of the world and the body’s location in it depending on its movement.

For a while now, scientists knew that as children grow, their brain recalibrates the increase in dimensions when measuring distances during movement. The study shows that this recalibration doesn’t stop and continues on a moment-by-moment basis throughout life.

“The hippocampus and neighboring regions in the brain help us figure out where we are in the world,” said one of the study’s primary authors Manu Madhav. “By studying the firing patterns of neurons in these areas, we can better understand how we map our location.”

During the study, scientists looked at firing patterns of rats’ place cells, a type of hippocampal neuron, which become active when an animal enters a particular place in its environment. So every time a rat would think it ran one lap on a track, a place cell would fire up. This allowed the team to determine how fast the rat thought it was running.

For that purpose, engineers built a domed circular track and projected onto the dome three various shapes to act as familiar landmarks. Rats’ brain, like human, uses these external landmarks as a cue to map its location.

The second cue is picked up through self-motion, said Ravi Jayakumar, a mechanical engineer and the study’s another primary author.

“By calculating distance over time, based on your speed or by adding up your steps, your brain can estimate how far you’ve gone even when you don’t have landmarks to rely on.”

Usually, virtual reality experiments with rodents involve animals being stationary or running on a treadmill. However, the Johns Hopkins team decided to build a dome instead to ensure animals are naturally reading their self-motion cues while running on a track scouring for liquid treats.

At first, rats were running in circles and landmarks were not moving, allowing the team to monitor their place cells, which fired up exactly when an animal passed a landmark it recognized.

Then, researchers started to move those landmarks, creating an augmented reality for rats, who were tricked into thinking they were running faster or slower depending on how fast those landmarks moved.

As researchers switched off the projection, rats’ place cells firing revealed that animals continued to think they were running faster or slower than they were in reality. This lead to the conclusion that place cells continue to recalibrate all the time, and it also explains why humans are disoriented after stepping off a treadmill or after taking off magnifying glasses.

Using the same virtual reality set-up the team is planning to look at how other brain regions help animals to map their location internally. And since Alzheimer’s disease attacks hippocampus first, leading to memory loss and spatial disorientation, scientists hope their research will aid not only in understanding the human brain but in finding a cure for this disease.

By studying the firing patterns of neurons in hippocampus, we can better understand how we map our location.Manu Madhav, Johns Hopkins University