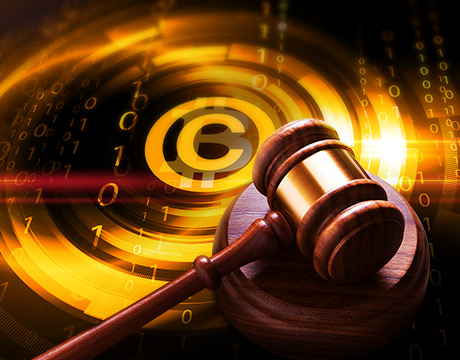 The Race to Patent and Cash in On Blockchain Technology

Bitcoin is a prime example of the old saying, “Something that sounds too good to be true probably is.”

But even if cryptocurrencies have lost a lot of their investor interest, the technology behind them—blockchain—is still worth examining.

The blockchain encryption technology protects digital files against tampering by linking shared ledgers storing data in time-stamped digital groups or blocks. Interestingly, the first patent for the blockchain technology (No. 5,136,647 dated August 4, 1992) by researchers at Bell Communications Research uses, as an example, the need to protect against later revisions to invention notebooks that might be electronically stored. This patent was reissued (RE 341,954) by the Patent Office in 1995 to add more claims, but has now expired.

That hasn't stopped others from patenting improvements to the basic blockchain technology. For example, the inventors of the original patent formed a company, Surety Technologies, to exploit their discovery. They won yet another patent for an improvement to the original patented method, No. 5,781,629 dated July 14, 1998. It took 10 more years before Bitcoin—based on the blockchain technology—came into being.

More interesting is how others are attempting to patent different uses of the blockchain technology. The original blockchain patent is cited in 258 later patents and patent applications.

For example, Patent Application No. 2015/0332283 (2015) is for a method of using the blockchain technology for healthcare transactions validation.

More on Disruptive Tech: Who Are the Engineers of the Future?

This scenario where someone invents a disruptive technology and then others later patent different uses for the technology is not new. I first encountered it long ago when microprocessors became fairly inexpensive and widespread. Lots of people basically patented microprocessor-based technologies that had before been carried out in the analog world.

And then came the internet. The dotcom bubble was itself created, at least in part, by companies patenting different ways to use the internet.

The Patent Office handed out patents to “inventors” who took no part in the creation or improvement of the internet and instead claimed as their own the idea of using the internet to do various things. In one notable patent case, that thing was sending out bulk emails in marketing campaigns.

Various court decisions and changes in the patent laws, however, have curbed these practices somewhat. For example, the obviousness bar to patenting was raised by the United States Supreme Court in 2009. Just before that, the Court of Appeals for the Federal Circuit had ruled that adapting previously known methods to an internet web browser was obvious and not patentable. That same court invalidated the internet bulk email patent referred to above.

The Patent Office too released new guidelines for determining what is obvious under the patent laws and thus not patentable.

Another example is when a court finds an idea not patent eligible because the idea is too abstract. Those kinds of rulings are now commonplace.

So, what will happen to all the patent applications attempting to cover new uses for blockchain? My prediction is some will issue while others will be rejected by the Patent Office.

The Patent Office has not yet substantially reviewed the blockchain patent application examples listed above. For those that do issue, expect heavy litigation. A few patent trolls will inevitably emerge and make headlines. (Do an online search for “blockchain patent trolls” and you’ll see what I mean.)

My next prediction: someone will invent the next disruptive technology, some will patent improvements to it, and others will attempt to patent new uses for it. These cycles will probably continue forever.

Kirk Teska is the author of Patent Project Management and Patent Savvy for Managers, is an adjunct law professor at Suffolk University Law School, and is the managing partner of Iandiorio Teska & Coleman, LLP, an intellectual property law firm in Waltham, Mass.

More interesting is how others are attempting to patent different uses of the blockchain technology. The original blockchain patent is cited in 258 later patents and patent applications. Kirk Teska