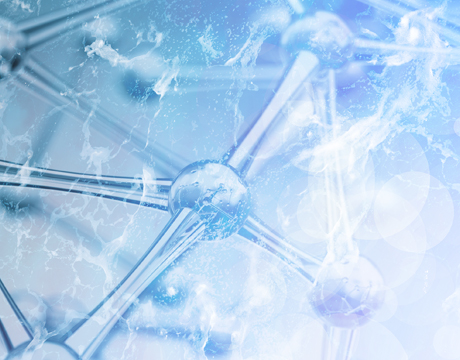 A New Solution to Water Purification in Rural Areas

It’s been said that water is life, as necessary as food and oxygen to human survival.

But there’s another side to that story.

Unsanitary water can also be a health risk, killing more than 500,000 people worldwide every year, according to the World Health Organization. And this problem is only going to get worse. By 2025 half of the world’s population will be living in what are known as “water-stressed areas,” where access to clean water is limited or nonexistent. Some 844 million people will lack basic drinking water and another 159 million will be dependent on untreated surface water sources.

This is primarily a problem in the developing world, where as many as 38 percent of health care facilities are operating without modern water treatment and roughly the same amount don’t even have clean soap and water for hand washing. These are regions where clean water is hard to come by and related illnesses, including cholera, dysentery, typhoid and more, are widespread. Money and investment to solve these problems are also limited, preventing developments that could save lives.

Enter Guihua Yu and his research team at The University of Texas at Austin.

For You: Technology Brings Clean Water and Nutrition to Central America

Yu, a professor of materials science and mechanical engineering at the school, has developed a new, low-cost way to treat water safely and effectively in the field – without the need for electricity or powered components – using a distillation process that combines gel-polymer materials and the power of the sun.

“Right now, people mostly use multi-stage flashing or multi-effect distillation for water desalination,” Yu says. “So basically you need to get rid of the salt so the water can become drinkable. But these traditional industrial scale technologies require a lot of energy and they also require very significant infrastructure.”

The Texas team’s solution eliminates both of these needs by tapping solar energy to drive its process. Arguably the cheapest, most abundant energy source in the world, solar allows water samples to be purified anywhere, at any time, without any specific infrastructure or tools. Distillation is a common technique for producing clean water, and the development by Yu’s team utilizes hydrogels – networks of polymer chains that offer high water absorbency rates – with both hydrophilic (attracted to water) and semiconducting (solar-adsorbing) properties, allowing for the production of safe drinking water from almost any source, from seawater to contaminated freshwater.

That’s a potential game-changer for water safety in the developing world.

“In this work we actually used a hyper-hydrogel,” Yu says. “That means that this hydrogel is not one component, but rather is actually two different polymers that are chemically blended together. One polymer is a water-soluble polymer called a polyvinyl alcohol, or PVA. So PVA can actually store water, and it can contain a very significant amount of it, typically over 95 percent. The other component is called polypyrrole (PPy) that has a molecule structure that is conjugated so they can actually act as a semi-conductor just like solar panels. Polypyrrole is one of the components that can absorb the solar energy so you convert solar energy to locally heat up these polypyrrole, polyvinyl and PVA networks.”

It’s a complex process, but it works.

The hydrogel, which already contains a lot of water, heats up by absorbing energy from the sun. Once the level of water in the hydrogel is evaporated off and distilled, it starts to pull in untreated water that begins to evaporate. By evaporating the water off and capturing it you’re able to get rid of whatever salt or other contaminates are in the water, making it safe for drinking. It’s a self-sustaining system that replenishes itself over and over again and keeps treating water until the solar energy used to power the evaporation runs out.

Desalination was used to demonstrate the technology’s potential because salt is notoriously difficult to remove from water. The hydrogel-based system can also filter out a number of different contaminants or pollutants from unsafe water.

It’s also worth noting that the hydrogel material can be used over and over again; it doesn’t get clogged up with salt or contaminants and replaced between uses. As long as the hydrogels are kept wet so that salt can’t crystallize they can work continuously for long periods of time. In testing, Yu’s team demonstrated that the system could operate unimpeded for more than a month without any decay in overall performance.

The findings were first published in Nature Nanotechnology.

Right now, Yu says the hydrogel materials that are used in the process are focused on household use, with 8- to 12-inch wafers that can be used to treat a few gallons of water at a time.  At that scale, he says, the technology can likely have the most immediate impact.

“Even given this current system with the current materials, it's not like we are talking about spending $1,000 to build this instrument,” Yu says. “You can have a simple design with a container and these solar-sopping hydrogel materials and then just start collecting water. Because it can be continuous use, we don't need to have a cleaning system, so you can just put it into the sink and if you have a continuous water supply you don't even need to do anything to enable this water washing.”

Yu, who has two patents related to this hydrogel technology, says the next step for his team is to find even cheaper, better performing materials than the PVA and PPy that the system currently uses and to find ways to truly scale the system. They’re working with water researchers and civil engineers at the university to develop more systematic evaporation systems that are capable of solar-treating far larger water samples than is currently possible, focusing on bacteria and foreign organic materials contamination.

“We are ready to partner with industry to look into really translating our research to household use at first and then, as we find better and cheaper materials, I think we are going to be ready to work with bigger roles,” Yu says. “I’m talking about planet-scale uses, maybe in the Middle East or Africa, in some critical areas that need water very quickly.”

A Perspective on the February 2021 Texas Winter Storm