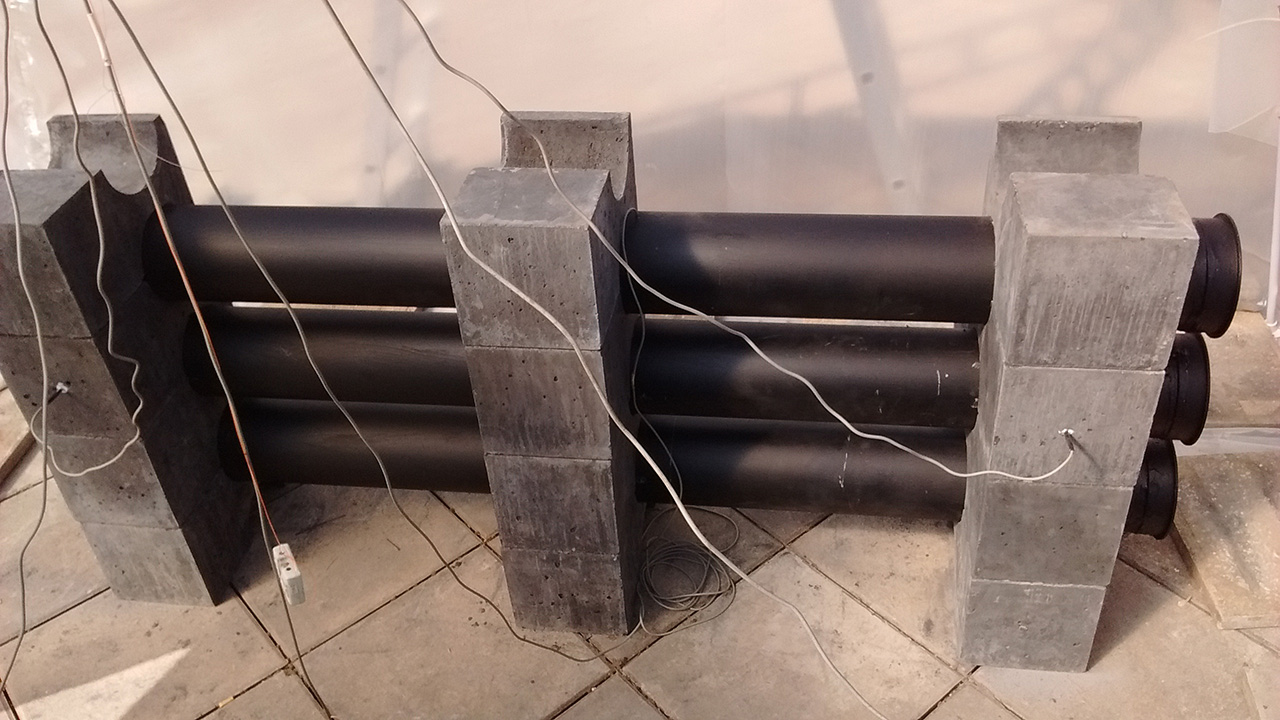 Researchers in Argentina have developed a low-cost, passive thermal system that is more efficient and holds heat for more hours than existing systems.

Greenhouses are increasingly popular in agriculture and are estimated to cover more than 450,000 hectares worldwide. They provide a controlled climate and, in many locations, can extend the growing season far beyond what is possible outdoors. But maintaining steady temperatures can come at a cost.

“Inside, there are conditions of temperature peaks that often affect agricultural production due cooling or overheating,” said Graciela Viegas, an architect with the Scientific and Technical Research Council of the National University of La Plata in Argentina. To overcome this, greenhouse operators often resort to burning fossil fuels for heat, which is costly and contributes to climate change.

Now, Viegas and her a research team has developed a passive thermal system for use in greenhouses that is more efficient and holds heat for more hours than existing systems. The system relies on low-cost materials, which makes it attractive for use in developing nations. 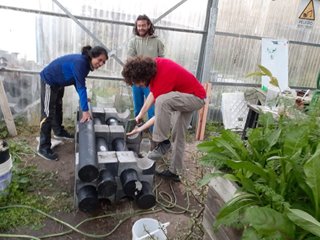 The researchers tested their hybrid thermal management system in a greenhouse with a polyethylene-covered area of 9 square meters.
While industrialized nations such as China, Japan, South Korea, and Spain top the list of countries that make the greatest use of this agricultural solution, in the past two decades, emerging economies like Brazil, Mexico, and Colombia have intensified their investments in this market.

Another Latin American country betting on agricultural greenhouses is Argentina. Although there are no exact numbers, experts estimate that covered crops in the country occupy between 6,000 and 8,000 hectares. The La Plata region near Buenos Aires is especially known for its greenhouses used for growing flowers. Because of that connection, it made sense that the university there would research how to make those greenhouses more energy efficient.

As an architect, Viegas has studied the relationship between the environment, cities, buildings, and structures. It was a small step from that to investigating how to regulate the thermal behavior of a lightweight greenhouse.

“The initial idea was to build a modular and versatile passive solar storage system capable of configuring different thermal load conditions and stabilizing the interior temperature,” she said. “In addition, it had to be very cost-effective in order to help mainly small producers. This category includes farmers whose livelihoods are based on family labor and less technologically advanced tools.” The project also intended find ways to reduce the use of fossil fuels in the thermal regulation of the greenhouses.

One common fuel-free solution is the use of passive solar systems. Relying on the basic heat transfer mechanisms such as conduction and radiation, these systems absorb the heat from sunlight during the day and release it at night. That combination results in a net heat transfer into the greenhouse, reducing temperatures in the day and raising them at night. But such systems, which often rely on barrels of water or thick walls made of rocks or concrete, can be bulky and expensive. 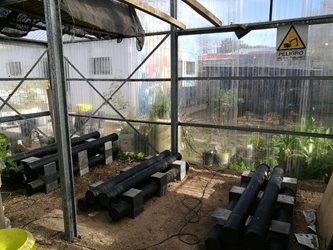 Because the materials were cheap and readily available, the system is not expensive—an important consideration in the non-industrialized world. Viegas estimated the cost of creating a hybrid system to be between $290 and $700.
The researchers tested both of those methods in an open-air laboratory at the Faculty of Architecture and Urbanism of the National University of La Plata. Their put it into a greenhouse with a polyethylene covered area of 9 square meters and 200 microns thick. Neither provided the best results. After looking at the preliminary results, the team decided to try a hybrid system—modules made from pre-molded concrete blocks and PVC sheaths filled with water.

“During the research period, different tests were developed with different thermal load capacity accumulated in both water and solid (concrete),” Viegas said. “The greatest feasibility was registered in mixed systems.”

The team built three thermal modular systems and installed them in a greenhouse of native plants at the university. Compared to either the all-water or all-rock systems, the hybrid passive solar system was able to sustain an even temperature for more hours of the night.

Because the materials were cheap and readily available, the system is not expensive—an important consideration in the non-industrialized world. Also, its average size is 2.00 meters long and 1.8 meters wide. Viegas estimated the cost of creating a hybrid system to be between $290 and $700.

Something You Will Like: What Termites Can Teach Engineers

Given the advantages of the hybrid system in terms of energy efficiency and a reduction in fire hazard compared to fueled system, it would seem natural for research to progress rapidly. So far, however, it has not been implemented in real agricultural spaces.

“The project was halted due to the restrictions of the COVID pandemic for 2 years and due to the replacement of personnel working in these facilities,” Viegas noted. However, she hopes the research will be resumed soon.

The system could find uses beyond greenhouses, as well. The architect said that in the near future, these thermal systems could be adapted to social housing. Already, they have been used in the design of several bioclimatic houses developed in a project of the Provincial Housing Institute of the Province of Buenos Aires and the National Housing Secretariat of Argentina.