Finding a New Purpose for an Ultrafast Laser

Finding a New Purpose for an Ultrafast Laser 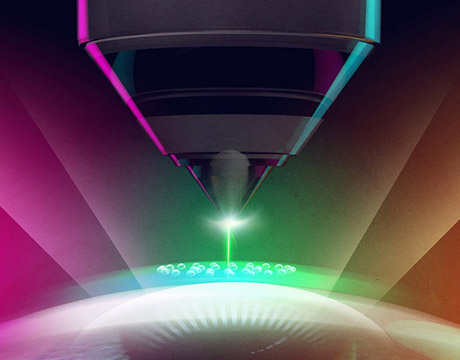 Sinisa Vukelic, a lecturer in the department of mechanical engineering at Columbia University, attributes the direction of his career to a “mix of my interest and serendipity,” a fortunate development that recently led to a breakthrough turning an imaging tool into a noninvasive treatment device for common eye conditions.

As a doctoral student in mechanical engineering at Columbia, he worked with ultrafast lasers to change the properties and structure of glass. After earning his degree, he set out to search for an area of research using the speedy femtosecond laser that he could call his own.

“I realized that in biology, femtosecond lasers were considered a glorified cutting tool,” Vukelic says. “I felt that there had to be something more we could do with them. Then I was looking at the oscillator and thinking can I do something with a low-power laser.”

For You: What’s It Like for an Engineer to Work at a Startup

After a bit more research, he laid out some theories, and “one thing led to another.” The result is what Vukelic believes is the firststudy to use a regimen with a femtosecond laser oscillator for noninvasive change of corneal curvature for treatment of such problem as myopia, hyperopia, astigmatism, and irregular astigmatism. The femtosecond laser oscillator delivers pulses of very low energy at a rapid rate to selectively and locally alter corneal tissue. Modifying the corneal curvature changes the focusing ability of the eye, which results in permanent vision correction. Vukelic’s team recently published its paper in Nature Photonics.

Using the tool in this way alters biochemical and biomechanical properties of any collagenous tissue without causing damage to cells or tissue in the area. Vukelic’s earlier work with glass served him well because of the similarities in treating glass and the cornea, since both are dielectrics.

Treatments are currently available for these eye conditions, but they include surgery and wearing eye glasses or contact lenses, something many people want to avoid. While surgery has a relatively high success rate, it cannot be performed on some people and has post-surgical risks associated invasive procedures. Furthermore, myopia (nearsightedness) is reaching epidemic proportions, affecting almost 2.5 billion people globally. Scientists believe it may be due to people looking afar less and less because they are glued to computers and smartphone screens, indicating that myopia is only going to continue to increase.

“We had to work out the entire protocol from scratch because this had never been done before,” Vukelic says. “I feel like that was the main challenge. In addition, we are a young lab and we don’t have a lot of resources. So it was ‘How do we make the most of the resources we have?’ My philosophy is let’s see what we can do with what we have. That’s what I tell my lab team: ‘Let’s make sure we achieve something with what we have.’”

Critical to the project’s success was confirming that the laser did indeed succeed in the crosslinking, or formation of chemical bonds, that alters collagen properties and results in the new shape and structure. The team hopes to start clinical trials by the end of the year.

“We probably have at least five or six years ahead of us, maybe even more, before it could be on the market to correct people’s vision,” Vukelic says. “As engineers, we try to make things that make life better. It’s not just academic curiosity. That’s a huge part of it. You want to make a useful tool. And when you start dealing with humans, you have to be very cautious and careful.”

The technique can be used on other collagen-rich tissues as well; Vukelic’s lab has been collaborating with the Musculoskeletal Biomechanics Laboratory of Prof. Gerard Ateshian to treat early osteoarthritis.

“The preliminary results are very, very encouraging,” he says. “With the eye, we stiffen the cornea in different places to adjust its curvature for the correct vision; with cartilage we use the technique to stiffen the cartilage to make it last longer. We don’t care about curvature changes so much.”

In biology, fermtosecond lasers were considered a glorified cutting tool. I felt that there had to be something more we could do with them.Prof. Sinisa Vukelic, Columbia University