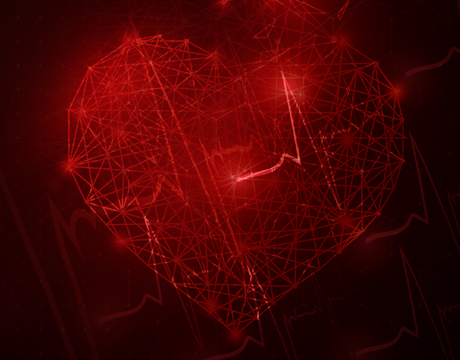 Student-Designed Heart Pump Is Lighter Than the Rest

When his girlfriend needed heart surgery a few years ago, Dillon Hurd, then an engineering major at Iowa State University, did what engineers do best: He began to design a machine that could serve as an “artificial heart” while patients wait for transplants or surgery.

These types of heart pumps, called left ventricle assist devices (LVADs), already exist, though only a few companies make them. Patients use themfrom the time of heart failure until surgery. People who are over 70 or in poor health, who don’t qualify for a heart transplant, also use them. Many of the machines are large and cumbersome.

Being an engineer, Hurd believed he could create a better solution. So he began designing an LVAD that would be lighter and more mobile.

Hurd’s girlfriend is now his wife and, a few years after the surgery, is doing well. The LVAD he designed is now Hurd’s Ph.D. project at Iowa State. He’s also the founder of Hurd Health Group, which is gathering funding to bring his “SymVitae” wireless LVAD to market.

For You: Targeting Cancer Drugs to 3D-Printed Tumors

The SymVitae differs from heart-assist products on the market because it uses a brushless electric motor as well as magnets placed on the inside and outside of the left ventricle. The magnets help guide the blood through the ventricles, while the electric motor pumps it through. Current devices rely on turbine engines to pump blood.

“They’re like a small jet turbine in your chest connected to a car battery that you have to carry around all day. Their turbine design is inspired by NASA, so they really are small jet engines in every sense,” he says. “They’re placed by coring into the heart, like you’d remove a core with an apple. They stitch on a pump, then run a tube to the aorta and stitch it on there to bypass the left ventricle.”

The pumps, attached to the aorta, also come in contact with the blood supply, which can cause blood clots. “If you throw a clot, it’s right in your aorta,” he says. “It can result in a life threatening situation or cause a stroke.”

The SymVitae skirts the patient’s aorta and doesn’t touch the circulatory system.

Hurd’s device calls for minimally invasive surgery to implant the magnets. An internal charging pad and battery pack powers the magnets, which create a natural force that pulls the blood through the heart.

The patient wears an external charging pad and battery pack around his waist, which is hooked to the inner charging pack and battery. These batteries are wirelessly charged. Foreign materials don’t touch the blood, which pulsates and moves with the heart’s natural rhythm.

Because the SymVitae is comprised of small components, surgery to implant them is less invasive than with other LVADs, he says.

You can implant this without having to open up the sternum by breaking it.Dillon Hurd, Iowa State University and founder, Hurd Health Group

“You can implant this without having to open up the sternum by breaking it,” Hurd says. “That’s a hard surgery in itself, and if you’re in heart failure you’re not super healthy to begin with. Less invasive surgery means a better chance of success.” The SymVitae will weigh around 300g (.66 lbs), while current LVADs typically weigh around 400g (.88 lbs) according to Hurd’s calculations. But the batteries and controller for those systems typically weigh about 18 lbs. Hurd says his entire system will be totally implanted and won’t weigh more than 3 lbs., while his battery belt will weigh about 5 lbs.

Hurd Health Group’s next step is to apply for funding from the National Institute of Health and the National Science Foundation and a host of other agencies and organizations. “The road ahead is to work further on the device,” Hurd says.

That means performing trials and tests, with the eventual goal of receiving FDA clearance.

Now, Hurd is enjoying time with his wife, the impetus for his fledgling business, and developing a device that might help people with heart failure live longer and easier lives.