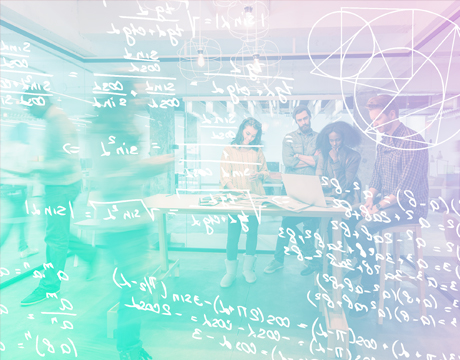 Not too long ago, the career path of most mechanical engineers was fairly standard: School, then advanced training, then 30 years or so with a large multinational corporation followed by a relaxing and well-earned retirement.

But that’s changing. Today’s engineers are as likely to work for a small startup company – whether it’s in the technology industry, medical devices, business services, or other fields – as they are for a major organization. That dynamic is not only changing the nature of the engineer’s career path but the industry as a whole.

In fact, companies less than five years old currently account for nearly all net new jobs and almost 20 percent of gross job creation, creating an average of 1.5 million jobs per year over the last 30 years, according to the Kauffman Foundation, a Kansas City-based non-profit that works to support entrepreneurship nationwide. Even during the last recession, these nimble startups fared better than their larger peers, continuing to add jobs at a rate of 8.6 percent between 2006 and 2009, while big companies laid off more than they hired.

Like it or not, for many people, startup jobs are the jobs of the future, not to mention the present.

There are a lot of stereotypes associated with life at a startup: the ping-pong table in the breakroom, the free catered lunches every day, the sky-high salaries, and 20-something-year-old millionaires. But what is it really like for engineers to work in these environments? What are the pros and cons?

For You: 7 Ways to Make More Money as a Mechanical Engineer

To find out, we spoke with Tom Meredith, the co-founder and CEO of BitMinutes, a tech startup that is using a new type of cryptocurrency token to allow users to monetize their excess cell phone minutes. Meredith has been in the software business for a long time but began his career as a mechanical engineer, earning his degree from Stanford University. Here’s what he had to say about the startup life as an engineer.

Every Day Is Different: “There's always an unexpected fire you've got to put out, or an opportunity that might just show up on your doorstep that you hadn't anticipated. Whereas at a big company, you spent a lot more time in meetings in general, planning and trying to manage that revenue number and put together forecasts. Big companies don’t like surprises. At a startup, you need to be on your toes all the time, realizing that you're going to get hit with something new just about every other day.”

Office Politics Aren’t as Pervasive: “Working at a big company is all about meetings and all about the internal politics. Hopefully you'll see much less of that in a startup company. There's politics even at a company our size – you know, people are always friendlier with some people than they are with other people – but that’s the nature of the beast and the larger you get as a corporation the more meetings you're in and the more politics you have to deal with. That just really bogs down of the whole idea of having a bunch of people work together.”

Resources Are Always Stretched: “Often, the biggest problem for small teams is resource allocation, in terms of your own personal time and then that of your team. Who do you put on what projects? What engineers should work on what? It’s not straightforward and simple because everybody has slightly different skillsets, but at a startup you don’t necessarily have enough people for everyone to focus just on their one strength. Sometimes you need to be flexible.”

Small Teams Are Like Families, and Families Argue: “I’ve run into plenty of situations where I decide, ‘Well, I want to put this person here, this person there, and that should be a good thing.’ But again, politics comes into play and suddenly it’s not working because maybe they don’t like each other, or maybe Sally got asked out by Joey last year and she said no so now Joey can’t work with her. That sort of thing.” Sometimes, even when small teams should work, they don’t, and learning the ins and outs of those relationships is just part of the process at a startup.”

Engineering Skills Are Broadly Applicable: “The engineering education is all about being adaptable and learning how to put theory into practice and dealing with problems. For an engineer, everything is just another problem to solve. That mindset is extremely useful at a startup. I use mine on complex HR problems and other issues all the time. As a leader, you have to address it, but an engineering background helps you frame the problem and come up with a solution.”

The engineering education is all about being adaptable and learning how to put theory into practice and dealing with problems. That mindset is extremely useful at a startup.Tom Meredith, CEO, BitMinutes