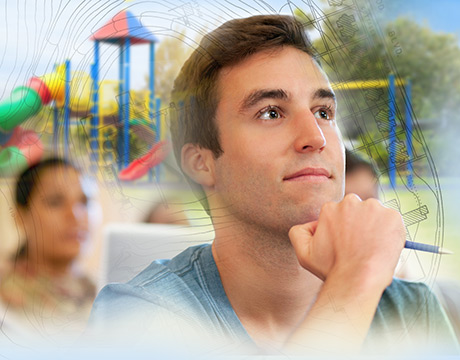 A course in engineering design and another in engineering ethics might seem like wildly different beasts. One teaches students to make engineered goods, the other attempts to make students good engineers. But two professors at Georgia Tech have found that the best way to teach ethics—and design—may be to combine them into one class.

Philosopher Robert Kirkman, an associate professor in the School of Public Policy at the university, joined forces with Katherine Fu, an assistant professor in mechanical engineering, to teach the course, Design Ethics. The inspiration came, in part, from the book Ethics in Engineering Practice and Research by Caroline Whitbeck, a philosopher and engineering ethics pioneer.

“The point she makes it that interesting engineer problems and interesting ethical problems have a lot in common,” Kirkman says. “You have to improvise in response to a complex and dynamical system.”

Traditional engineering ethics courses typically teach ethical rules and the consequences of not following them. “The idea is that you do it once and the students are set; our colleagues call it the inoculation model,” Kirkman says. “This was a step away from that.”

For You: Targeting China’s Mountains of Sludge

Instead, Kirkman and Fu wanted to teach how to think ethically with every step of the design process. To do so, they found a real client with real design needs: a school and treatment facility for children with mental health diagnoses that needed a new playground.

Although the project was for a good cause, the students did not always know how to make the best ethical decisions as they worked through it. “A lot of our students, in my experience, are motivated by social impact these days,” Fu says. “They want to work on projects where they can make a difference to the world.”

But those projects, usually for the developing world, tend to be “parachute projects,” where the students design from afar, parachute into a community “and say ‘Yeah, we saved your lives,’” Fu says. “Maybe this is not an ethical approach to design. Maybe it should be collaborative, maybe they should be doing design themselves instead of having us act as their saviors.”

Kirkman and Fu’s students were immersed in these issues as they designed the playground. They met with the children (whose ages ranged from six the nineteen) to determine their needs. They also collaborated with the staff and learned their therapeutical approach. During the process, though, Kirkman and Fu found the students were resistant on several levels.

“The students come in thinking they know what ethics is, that they know the rules, they know what society expects, and you do it or don’t,” Kirkman says. The messy, improvisational nature of real-world ethical decisions both surprised the students and irritated them.

“They’re used to clean exercises in the classroom, where they’re given a hypothetical design problem and have everything they need and it’s totally in their control,” Fu says, “We had to coordinate conference calls, get parental assents for the minors to talk to them, organize transportation to the school, get all the students in the same room at the same time to interact with them, and have all the proper legal documentation to do so. They were caught off guard and frustrated by how real the problem was.”

To Kirkman, all these frustrations were the very stuff of ethics. “This is about ethics in practice,” he says. “Consent is about consent. We have these legal requirements because there is ethical value.”

By the end of the course, the dose of real-world ethics increased the students’ self-efficacy, according to surveys they took.

Both Kirkman and Fu hope to teach the class again, but would change certain aspects. In particular, they feel they may have overworked the students. “It often takes three or four tries to work out the bugs, and there were a lot of bugs,” Kirkman says. One option would be to make the course a compulsory part of capstone design courses.

Of course, there are benefits to learning ethics beyond becoming more ethical.

“If future employers can see that students are coming out with a level of sophistication over the people around them, that would set them apart,” Fu says. “If I were an employer looking for a new employee that would be really important to me.”

The students come in thinking they know what ethics is, that they know the rules, they know what society expects and you do it or don’t.Prof. Robert Kirkman, Georgia Tech

What Is the Skills-First Economy & Why Does It Matter?