Avoiding Misery in the Workplace

Avoiding Misery in the Workplace 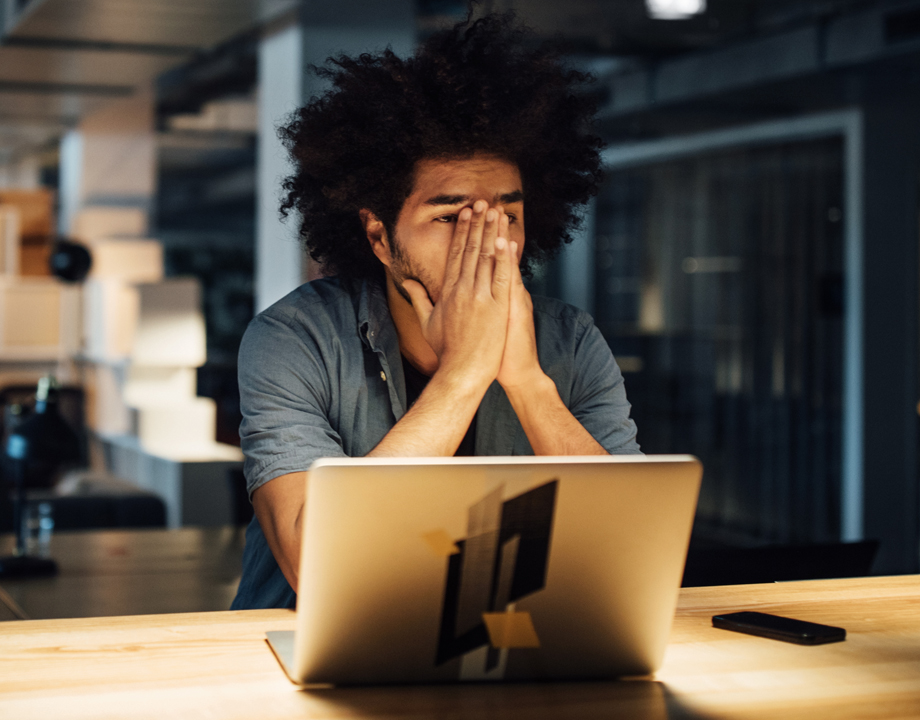 Engineers, apparently, are not a happy lot. In lists of unhappiest professions, engineering shows up in the top ten. And engineers are four times less likely to be happy in the workplace than the average working stiff.

The statistics are seemingly paradoxical, as engineers also tend to be pretty certain they were meant to be engineers. But that may have something to do with their unhappiness. When jobs don’t meet expectations—for delivering happiness—the disappointment can lead to despair.

The bigger problem is not the job at all.

“People have misguided ideas on the purpose of work, and it causes them suffering,” said Gina Covarrubias, once an aerospace engineer for Defense Contract Management Agency, but now an engineering life coach. “Chasing, money, ideals, or prestige, they are missing the profound purpose of working in the first place. They were told that if they worked hard in school, did all the right things and checked all the right boxes they were going to be happy. That’s really not the way the world works.”

More for You: Signs It Is Time to Seek a New Job

The essential problem is one that brings misery to people in all walks of life: Seeking happiness in the external world and having it depend on end goals and external rewards, like money, ideals, and prestige. When engineers do experience a momentary boost from an achievement, they trick themselves into believing that achievement is at the root of contentment.

Developing an internal reward system, said Covarrubias, will build autonomy, resilience, and ultimately the foundations for a deeper durable contentment. The career path and the job should serve those internal values.

“There are three pillars of career purpose that can help you achieve this skill: service, development, and legacy,” she said. In essence, focusing on these pillars rewires motivations away from the goal orientation that leads to unhappiness.

When engineers come to her, in a state of misery or despair, she does more than just help them find their next job. “My purpose as a life coach is to help people find themselves so they understand who they are,” she said. “Then they’ll know what their next job should be.”

Reader's Choice: Best Cities for Engineers to Live and Work

During their first sessions with Covarrubias, her clients tend to ask questions about what she thinks their career path should be. That’s part of the problem.

“It’s such a self-limiting question and it presupposes that there is one right answer,” she said. “We are brought up, as engineers, to think that decisions are right or wrong, and that you better choose the right one. That’s a lot of pressure for engineers who don’t know the world yet.”

The idea that a good, stable job can make engineers happy works against their happiness. For one thing, it makes them emotionally dependent on the outcome of their careers.

“They’re giving all their emotional power away to things at work, that are outside their control,” said Covarrubias. And, as a generality, engineers, want to be in control. “They don’t like uncertainty. When Covid or layoffs happen, it puts their brain into a tailspin,” she noted. The mix is a recipe for unhappiness.

The remedy is a realignment of thoughts and beliefs.

“I start by getting them to spill their guts, getting them to tell me everything that is bothering them, that is causing them so much angst,” said Covarrubias. Then she shows them how their mindset has misled them.

One client, to take an example, came to her desolate and desperate. After some probing, Covarrubias realized this engineer suffered from a mindset that required her to be completely obedient to her boss. Covarrubias asked her if there had ever been negative consequences to things her current boss, and previous bosses, wanted her to do that she hadn’t done.

“She realized she was feeding herself this lie,” she said. “And then she owned it. I helped her reframe her belief. That’s a small but powerful example.”

Another example is more stark. A client had been demoted from her position as director at a construction company when it downsized. What’s worse, she was told that she was “not a good director.” She left the company, but the comment stuck with her.

But as Covarrubias worked with her, she realized that the situation was more complicated. If she had “not been a good director” at that company, it was only because she had refused to do unethical things that had been asked of her. If she had stayed in that position, it would ultimately have conflicted with her personal values.

“That set her free,” said Covarrubias. “She stopped stewing over it and was liberated.”

Covarrubias encourages her clients not to see these hiccups on the journey of life and career as mistakes, or even problems. “It might seem like there was a wrong decision, but when you look back on it, you had to go through this journey to realize, ‘OK, this is not for me,’” she said. “We really need obstacles and challenges in our lives—they’re what move us forward. Comfort equals stagnation.”

But to be comfortable with that discomfort means first finding where happiness should reside.

“Most people seek happiness by going out there and looking for the dream job,” said Covarrubias. “No, no, no. It’s the reverse. You have to work on yourself first. Don’t look to the external world for fulfillment and happiness. When you chase externals to solve an internal problem, you will always be chasing. Happiness and fulfillment start on the inside.”

Michael Abrams is an independent writer in Westfield, N.J. Article
Deep-Sea Mining Illustrates Turbidity Currents
Deep-ocean mining of critical minerals has not been attempted at a large scale. MIT scientists performing environmental tests captured the development of a turbidity current for the first time, an important step in developing models for mining’s impact on the ocean floor.