Salaries Are Up for Mechanical Engineers

Salaries Are Up for Mechanical Engineers 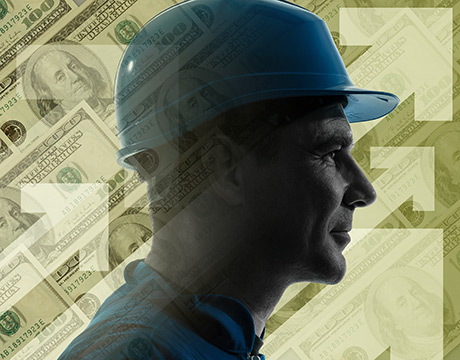 It is a pretty good time to be a mechanical engineer.

Salaries are rising, according to a new ASME survey that shows the median total primary compensation for mechanical engineers in 2016 is $124,000. This builds on information showing base salaries have risen between 3.5 percent and 5 percent per year from 2013 to 2016.

Experience counts too. Those MEs with more than twenty years of experience have a median income of $144,644. But entry-level engineers should not complain. The survey shows those beginning their careers earned a median primary income of $73,079. More than nine in 10 full-time ME employees are offered health insurance by their employers.

The 2017 Salary Survey of ASME members measured only salaries and compensation in the U.S. Responses were garnered from 1,661 members, or 3.4 percent of those queried. The results reflect changes from the 2013 Salary Survey, which was the last such survey conducted.

Compensation varies depending on multiple factors, including education, experience, disciplines, geography, and gender. The typical respondent is a white male in his late forties with at least a bachelor’s degree who has been employed in an engineering-related positon for 20 or more years, including senior-level responsibility with supervisory tasks.

Mechanical engineers with a professional engineers license earned a median income of $133,000, nearly $16,000 more than those lacking the PE license.

“It is an exciting time to be an engineer,” says Charla K. Wise, president of ASME. “The demand for engineers continues to grow, and many stimulating job opportunities are emerging.”

The most lucrative areas are in nuclear, petroleum, chemical, utilities, and consulting practices, according to the survey. Mechanical engineers with training in nuclear and petroleum/chemical disciplines earned the highest median income of $145,000 and $144,000, respectively. Conversely, those with academic training in computer science/engineering and mathematics earned the least, at $92,181 and $100,509, respectively.

The results confirm strong demand for engineering services, especially in petroleum and offshore oil production. The authors also point to nuclear engineering, where the power industry wants engineers knowledgeable in in modular systems and other new and nontraditional technologies that could bring electric power to countries in need.

Among ethnicity types, Asian or Pacific Islanders showed a median income of $130,000, while Hispanic respondents earned a median primary income of $119,750.

Increasing demand for engineering services in overseas markets, especially in China where energy and transportation development continues at a fast pace, pushes higher salaries in those markets. But they do not reflect a labor shortage in the U.S., according to the survey.

The gender gap also is apparent as the median primary income for females responding to the survey trailed those of men, $103,500 to $125,000. The survey notes male respondents have been employed longer in an engineering-related position, a likely factor in the discrepancy in incomes. An overwhelming 92 percent of survey respondents were male. That reflects ASME’s membership; worldwide, 6 percent of ASME members are female.

Not surprisingly, compensation also correlates between job levels and functions. MEs in the role of executive, president, or owner had the highest median income, $227,500. Those at the next level of director or vice presidents showed $175,000. Junior engineers earned $70,850.

For those whose roles were identified as general and technical management, primary income is reported at $160,000 and $149,753, respectively.

The survey, designed to be interactive with individual engineers, is available online. Results are entered into two distinct interactive salary calculators. The Regression Salary Calculator uses regression analysis, allowing one to calculate individual results for thousands of possible employment situations. The Searchable Survey Data Tool allows the user to create customized aggregations of the survey results. These salary calculators will enable mechanical engineers to compute their salary based on their very specific, individual circumstances, location, experience, licensing’s, and others. The salary survey will be repeated annually to update the calculators with the most up to date data accordingly.

Despite discrepancies, mechanical engineering remains an attractive field where qualified engineers continue to be in demand and are rewarded for their work.

For Further Discussion
It is an exciting time to be an engineer. The demand for engineers continues to grow, and many stimulating job opportunities are emerging.Charla K. Wise, ASME President