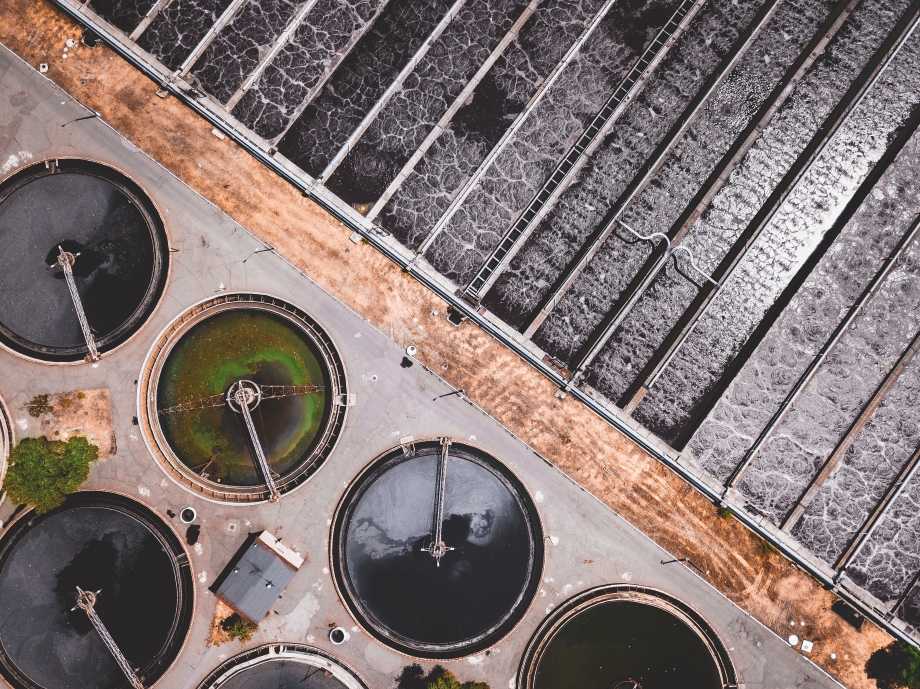 Safe drinking water legislation set the table for purification, but new technologies offer alternatives in rural and industrial use.

Clean water is an essential need for people everywhere, and people have used methods to cleanse it since antiquity. Problems with clean water became especially acute during the Industrial Revolution when large numbers of people moved into cities. Newly built sewers funneled waste directly into rivers, lakes, and streams, polluting the water that was a source of drinking water.

The first treatment plant in the U.S. to use chemical sedimentation to treat wastewater was built in 1890 in Worcester, Mass. Primary treatment, where particulates and solids settle out to become sludge, became the basic process for treating wastewater. Secondary treatment, where water from primary treatment is pumped into an aeration tank dosed with bacteria-laden sludge, breaks down organic matter. After chlorination, the treated water is discharged.

The Clean Water Act of 1972 fueled the construction of new secondary treatment plants throughout the U.S.  and the Safe Drinking Water Act and its amendments set standards for drinking water. Sand filtration has been a common form of drinking water treatment, but as more contaminants were identified for removal, more advanced technology was developed, such as reverse osmosis.
More filtration technologies continue to be developed. Here are three of them.


Water treatment is one of many processes in which nanotechnology can be applied. Silver, copper, and zero-valent iron nanoparticles are being tested, along with nanomembranes and nanoadsorbants. They benefit from a large surface-to-volume ratio that enhances the adsorption of chemical and biological particles. Nanoadsorbants are especially effective in removing metallic pollutants because of their specific chemical and physical properties.

More for You: Engineers Set New Record for Freezing Point

Carbon nanotubes feature in the development of water purification filters because they can remove organic, inorganic, and biological compounds. Their use is fairly new, boosted by a 2017 study that showed a carbon nanotube water filter moving water faster than biological ones. They showed promise in desalination because they have a high degree of ion selectivity that rejects salt in water saltier than seawater, according to work conducted at Lawrence Livermore National Laboratory.

Their use is promising but not without caution. Some researchers point out that the long-term sustainability of carbon nanotubes may be questionable without nanosafety guidelines. The authors of The Toxic Truth about Carbon Nanotubes in Water Purification: a Perspective View, said there is “a paucity of knowledge on the unknown health risks of CNTs,” and called for a regulatory framework to address challenges faced in identifying and characterizing the nanomaterial and its impact on health and the environment.


Developed by NASA to recycle wastewater for reuse onboard the International Space Station, the technology can be used in various Earth-bound applications where ultra-pure water is needed. Its innovation lies in the use of acoustics rather than pressure to drive water through filters fitted with small diameter carbon nanotubes.

The filter matrix can be made of ceramic, metallic, or polymer compounds. Carbon nanotubes within the matrix allow water molecules to pass, leaving behind contaminants. But the technology differs from standard membrane technology that uses pressure to move molecules through the filter. The acoustic system uses an oscillator circuit attached to the filter to generate acoustic vibration, boosting water molecules to de-bond and move through the filter. (Designing a system that works with gravity was essential for a purification system in a weightless environment.)

A cleaning cycle is triggered after enough water moves through the filter to clear sediment from the filter’s inlet. This also differs from existing membranes systems that require flushing to remove particles.


Photocatalytic water purification technology has been tested in rural areas of the developing world to treat groundwater used for drinking water. The underground water supply can be contaminated with a range of toxic substances, such as agrochemical residue or arsenic, both naturally occurring and as mining runoff.

Panasonic developed a system that binds titanium dioxide as a photocatalyst to a commercial adsorbent and zeolite. When exposed to ultraviolet light, the photocatalyst forms reactive oxygen molecules to bind contaminants at high speeds.

Titanium dioxide is used as extremely fine particles and generally is difficult to collect when dispersed in water. While different methods of binding it to larger particles exist, they typically lose surface area. Panasonic’s method binds the photocatalyst with zeolite using electrostatic force, eliminating the need to use binder chemicals.

When agitated, titanium dioxide releases from the zeolite and disperses into the water. Reaction speeds increase compared to traditional methods of fixing it on substrates, enabling large volumes of water to be processed more quickly. Titanium dioxide rebinds to the zeolite after a period leaving the water still. That makes it easier to recover the photocatalysts for reuse.