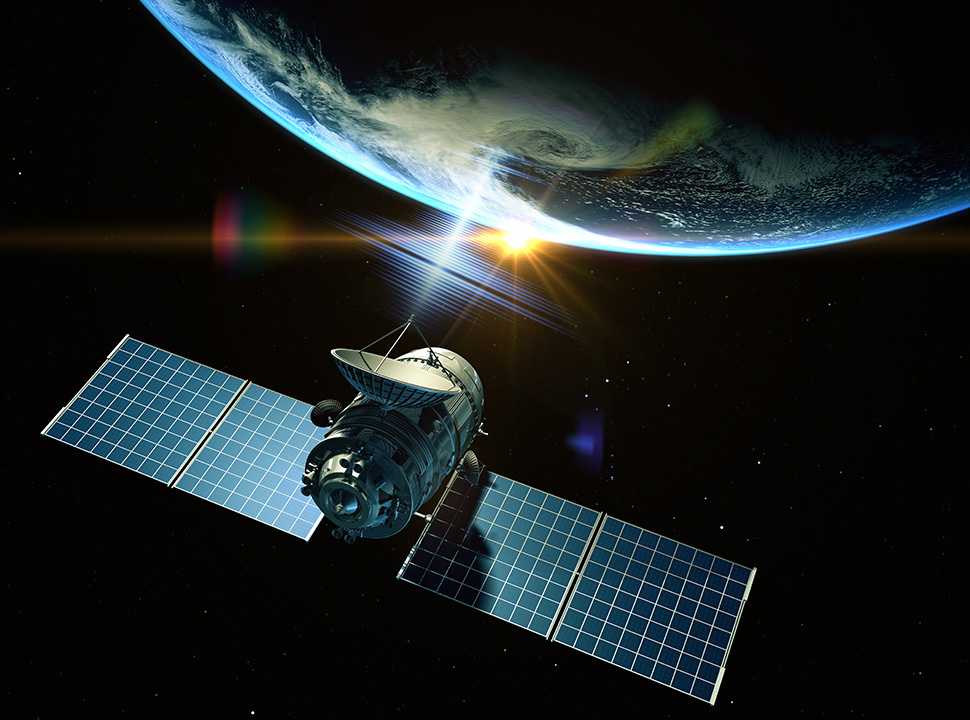 Fossil fuels comprise over three-quarters of the world’s energy consumption. These dwindling resources can only support our transportation and energy needs for another 50 to 100 years. In addition, the energy sector is the world’s greatest polluter, releasing nearly one-third of global greenhouse gas emissions, according to the Center for Climate and Energy Solutions.

Depletion of oil, gas, and coal reserves will eventually force the world to shift to clean, renewable resources, especially solar energy, which is plentiful. However, solar panels have a maximum efficiency of about 22 percent and are further impacted by external factors, such as limited daylight hours or bad weather. During winter in Europe, for example, as little as three percent of sunlight reaches the earth.

These limitations on solar efficiency would be removed by using satellites to collect solar energy in space and beam it to collection sites on Earth. Space-based solar panels can generate 2,000 GW of power constantly, or about 40 times more energy than a solar panel would generate on Earth, according to the National Space Society.

More for You: Infographic: Floating Solar Rides the Waves

To make space-based solar power (SBSP) feasible on a global scale, several main systems are required:  “There are many technical challenges to overcome to ensure that these systems are practical and affordable such as safety, cost, and durability,” states Karen L. Jones, senior project leader and technology strategist with the Center for Space Policy and Strategy. “For example, when beaming power down to Earth, the power densities of microwave beams must be low enough to avoid any real or perceived health and safety concerns.”

Other challenges include figuring out how to launch such large solar collection systems into orbit in an affordable way. Solar panels on the International Space Station cover about 2,500 square meters; SBSP solar reflectors could stretch to three kilometers.

“Modularity will be essential for assembling lightweight structures that are large enough to capture solar rays in a heliostat reflector array,” said Jones. “These building blocks must be both interoperable and have some level of autonomy. So we need standards in key areas that enable on-orbit assembly, for example, mechanical, electrical, power, thermal, and data interfaces. ASME has been a key player in standards development and should consider a role in standards development as space-based solar power continues to mature.”


The U.S. Naval Research Laboratory launched an orbital SPS experiment on the X-37B space plane in May 2020 to test the viability of space-based solar power systems, including converting sunlight to microwaves and analyzing the antenna’s energy conversion process and resulting thermal performance. The U.S. Air Force Laboratory has partnered with Northrop Grumman and others to develop advanced SBSP technologies. For example, the University of Toledo is developing photovoltaic energy sheets that would harvest solar energy and transmit the power wirelessly to Earth. These flexible solar cell sheets would be assembled and interconnected into much larger structures that could include tens of millions of sheets and extend to sizes as large as a square mile.

China also plans to use a new super heavy-lift rocket to construct a large space-based solar gigawatt-level power station by 2050. One way to create such a large system is by launching tens of thousands of “solar satellites” covered with photovoltaic panels that are programmed to connect in space to form an enormous cone-shaped collection and transmission system. The solar energy would be beamed wirelessly to ground-based receivers of large wire nets measuring up to four miles across.

Researchers at the Japan Aerospace Exploration Agency continue to work on using microwaves to transmit energy, based on their successful experimentsin 2015 that successfully used microwaves to transmit electric power. The team was able to deliver 1.8 kW of power through the air with pinpoint accuracy to a receiver about 170 feet away, proving that the technology is viable.


The target market for space-based solar power, at least in its early operational stages, could be discrete applications rather than broad commercial opportunities with utility-scale terrestrial facilities that supply power grids. Jones, who recently wrote Space-Based Solar Power: A Near Term Investment Decision wrote with co-author James Vedda, notes that emerging markets for space-based solar power could include on-demand power-beaming for for forward-deployed military bases.

"These bases have relied on very dangerous caravans to deliver fuel to the troops," she said. "Nearly two-thirds of coaltion deaths in Iraq and Afghanistan were related to fuel-transporation activities."

Similar opportunities may include other terrestrial applications where agile and on-deman beaming capabilities are needed for disaster zones and other types of remote and isolated communities, and powering untethered remote assets such as drones and distributed infrastructure and Internet of Things devices.

"Regardless of how we envision the future," said Jones, "there will be surprises regarding future applications for wireless power transmission."

Mark Crawford is an engineering and technology writer in Corrales, N.M.