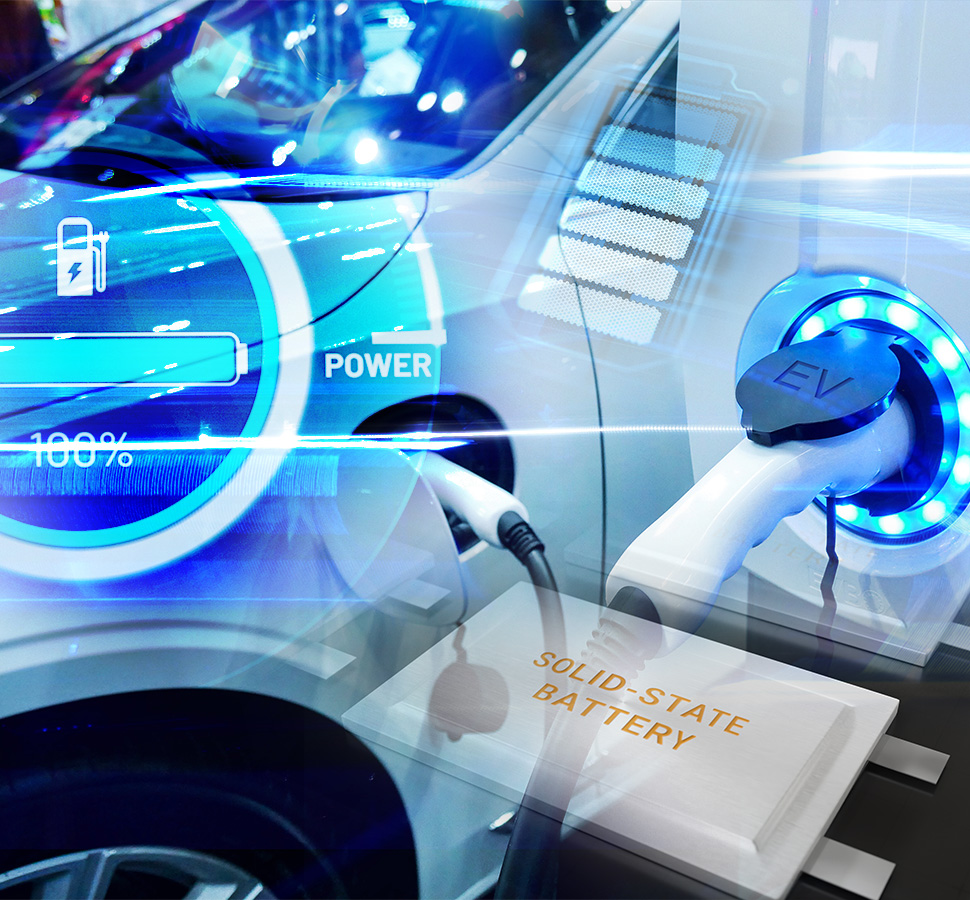 By 2030, the electric vehicle market is expected to be powered by next-generation solid-state batteries.

Solid-State Batteries Drive the Future of the EV Market

According to IDTechEx’s “Solid-State and Polymer Batteries 2021-2031: Technology, Forecasts, Players” report, research and development for next-generation solid-state batteries is on the upswing, fueled by high expectations for the electric vehicle (EV) market, especially pledges of billions of dollars of support in President Joe Biden’s proposed infrastructure bill.

When eventually commercialized (most projections target 2025-2030), solid-state batteries will have a massive impact on the EV market because they will store more energy, charge faster, and be safer than standard liquid lithium-ion batteries.


A lithium-ion battery utilizes a liquid electrolyte solution that can be volatile and flammable at high temperatures. These batteries are considered a safety risk because they can catch fire if there is a short circuit or physical damage. Also, the only way to expand energy density in EVs is by adding more batteries, which takes up valuable space, adds weight, and drives up costs.

Solid-state batteries rely on a solid electrolyte, which is more stable, less flammable, and safer. 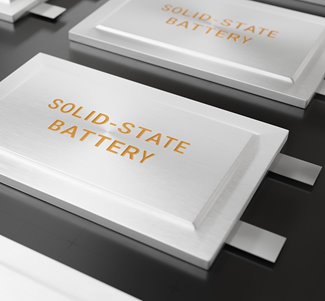 Solid-state batteries can reach more than a 75 percent charge within 15 minutes and incur less strain after multiple charging cycles than standard lithium-ion batteries.
“With solid-state batteries, both the electrodes and the electrolytes are solid-state,” states IDTechEx. “Solid-state electrolytes normally behave as the separator as well, allowing downscaling due to the elimination of certain components, such as the separator and casing. Therefore, they can potentially be made thinner, flexible, and contain more energy per unit weight than conventional lithium-ion batteries. The removal of liquid electrolytes can also be an avenue for safer, long-lasting batteries as they are more resistant to changes in temperature and physical damage during usage.”


Most companies hope to commercialize their solid-state batteries by 2025, although small-scale production may happen earlier. However, to meet this goal, considerable R&D needs to happen to solve serious issues pertaining to material behavior, battery microstructure, charge longevity, and cracking upon thermal expansion and contraction.

Silicon anodes are especially interesting to automakers and cell producers. Silicon anodes can be up to 10 times more energy-efficient than industry-standard graphite anodes but also have problems with capacity retention. The silicon can also expand and contract during charging and discharging, leading to cracking and a shorter life span. Researchers are experimenting with various silicon concentrations to eliminate these life-cycle degradation issues. For example, engineers at the University of California San Diego have created a solid-state battery that uses both a solid-state electrolyte and an all-silicon anode. The battery is a silicon all-solid-state battery that is safe, long-lasting, and energy-dense.

In another recent development, researchers from Brown University have developed a new material for use in solid-state batteries that is derived from trees. The solid ion conductor combines copper with cellulose nanofibrils—polymer tubes derived from wood. The paper-thin material has an ion conductivity that is up to 100 times better than other polymer ion conductors, making it a possible candidate for a solid battery electrolyte or as an ion-conducting binder for the cathode of an all-solid-state battery.

However, if it takes another ten years to commercialize solid-state batteries, they might be overtaken by other promising energy sources for cars and SUVs, such as hydrogen fuel cells.

You May Also Like: Innovation Needed to Reclaim Lithium from Old Batteries

“Certainly, hydrogen is touted as a possible alternative, but it comes down to the cost of the fuel cell and whole infrastructure for hydrogen refueling,” stated Donald Sadoway, professor of materials chemistry at the Massachusetts Institute of Technology. “It is possible that a plurality of solutions may emerge for net-zero. In some locations, hydrogen makes sense. It doesn’t have to be all or nothing. The whole business of hydrogen is difficult—capital cost, durability, much complexity—and you have to be able to make clean hydrogen, and no one has that under control; solutions are not simple.”

The development of solid-state batteries has become “part of the next-generation battery strategy,” concluded IDTechEx. “It has become a global game with regional interests and governmental supports. Opportunities will be available with new materials, components, systems, manufacturing methods, and know-how. Energy storage systems and consumer electronics such as smartphones, tablets, and laptops are also target markets, and they may come true earlier than believed.”