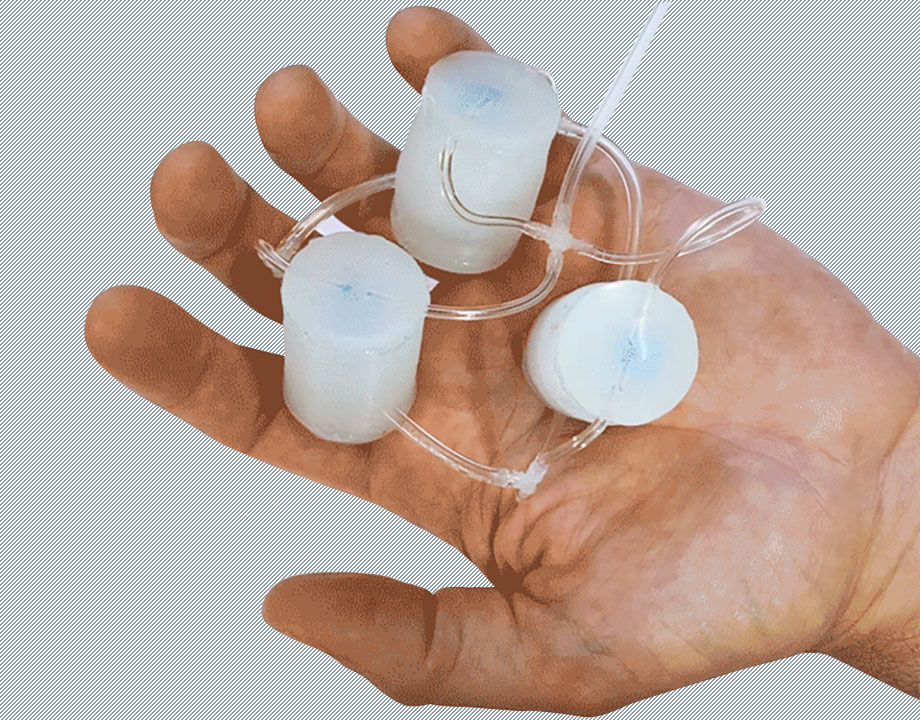 Soft robots have evolved to address some of the safety concerns associated with traditional hard robots. They are made of materials like rubber and foam which are safer to operate near, or in collaboration with, humans. The last step to convert robots to fully soft operators is to replace their electronic control systems with soft logic components.

Recent research from labs at Harvard University has developed a soft logic system that replaces electronic components and hard solenoid valves. Soft valves operated via air pressure replace electricity and wires and create a completely soft form of digital logic that acts like an electronic computer.

Daniel Preston, assistant professor at Rice University and previously a postdoctoral fellow at Harvard University, was the first author on a paper published in PNAS which described how a soft logic computer would work. A soft ring oscillator built from a system-level instability enabled by similar technology and described in a paper published in Science Robotics provides soft robots the ability to roll, undulate, provide metered doses of liquids, and even apply mechanotherapy in a soft wearable device for medical use.

“We noticed a limitation in the field, that all the soft robot grippers and other soft devices that are out there are primarily controlled by electronic computer systems linked to hard valves,” said Preston. “So, we thought there was an opportunity to develop robots that are completely soft, including their decision-making and control systems.”

The system works by using soft valves composed of silicone tubing and elastomeric membranes designed with “snap-through” instabilities to manipulate the air pressure in the robot, which in turn controls soft actuators and grippers. Logic circuits built from these soft valves configured as AND, OR, and NOT logic gates are directly integrated within the structure to operate a robot. Air pressure signals replace electronic signals. The system typically operates between 10 to 20 kPa, which is about 10 to 20% of atmospheric pressure, although it has been tested up to 50 kPa.

A soft valve configured as a NOT gate, or inverter, is particularly useful: an input of high pressure will output low pressure, and vice versa. When and odd number of these inverters are linked together in a ring formation, a system-level instability is created, and the shift in one of the inverters triggers the next inverter, creating a chain reaction. By applying the air pressure from these inverters to actuators on a soft robot, this soft ring oscillator creates movement. Soft robotic grippers can be opened and closed, a conveyor system made of rubber can move objects, and the ring oscillator can be used to move a robot forward by increases and decreases in pressure. 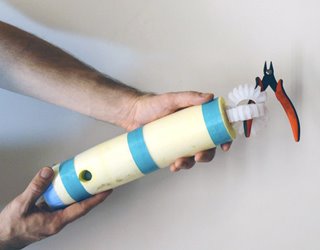 The gripper above is mounted on a completely soft robotic system. Integrated soft digital logic controls the gripper’s actions and uses air pressure and valves to open and close the gripper based on a human user’s commands. Photo: Daniel Preston
This research was built upon the approach taken by microfluidic systems, which were some of the first systems to replace traditional electronic control. The main difference is that those systems often still depend on hard materials like glass or plastics and use thin hydraulic channels that can only move small amounts of fluid. The result is that robots relying on microfluidic control move slowly. Microfluidic systems are also less efficient and require constant pressure from a pneumatic resistor to maintain stasis. The soft logic system, when dormant, requires no energy input to maintain its state (similar to CMOS technology), and the soft logic channels are larger and flow air at a much faster rate. A gripper operated by airflow, for example, can clasp and open in seconds.

The lab has developed a working prototype that can not only be scaled and applied to other automation applications but also has functions of memory and onboard decision-making. Preston’s new research is developing intelligence systems for soft robots.

“We demonstrated functional completeness, which is the ability to replicate any of the functionality that you see in modern electronic computers. We also showed things like simple memory, the ability to remember prior events, and decision-making,” said Preston. “The future of soft logic systems will include soft robots that can respond to outside stimuli like temperature or pressure. The system can, for example, decide when to open or close a gripper.  We even demonstrated some simple autonomy in an underwater robot. The robot would decide based on internal logic to dive underwater, then surface once it reached a determined diving depth and repeat the process until summoned by a human user.”

By using a soft logic system operated by air, it allows robots to operate in areas that had previously presented problems for traditional robots. One area as described by Preston with vast potential is soft robotics in the medical field.

“Some of the most interesting applications are those involving therapeutics and rehabilitation for humans. It's really interesting because completely soft medical devices have the potential to reduce further injury or irritation during long-term use,” said Preston. “For example, a completely soft pad driven by soft digital logic can be placed in a hospital bed, and as the patient lies on top of it, it could sense pressure points and adjust the stiffness accordingly. The pad can try to reduce these pressure points and reduce the occurrence of bed sores.”

Recommend for You: How to Teach Soft Robot Navigation

The next step for soft logic systems is scalability and adaptability. The research team is working on how to develop these systems faster and scaling them up to work in different fields.

“Future advancements include producing soft transistors to operate more quickly, to provide a faster response time. Another feature that we are starting to work on now is system manufacturability,” said Preston. “Currently our interconnections between valves require manual assembly. Moving forward, we want to use modern manufacturing techniques, like 3D printing of soft materials, to directly integrate soft digital logic gates into the production of soft robots and devices.”

The development of soft logic and soft robots is creating a new field of robots, one that is completely different from the robots of today.

“The soft robotics field enables a lot of non-traditional robots. Things that don't look like humanoids or traditional hard robots, but rather take forms inspired by flexible designs like an octopus. It isn’t far-fetched to think that soft robots and logic can lead to more bio-inspired robotic designs that open up entirely new application areas for robotics.”