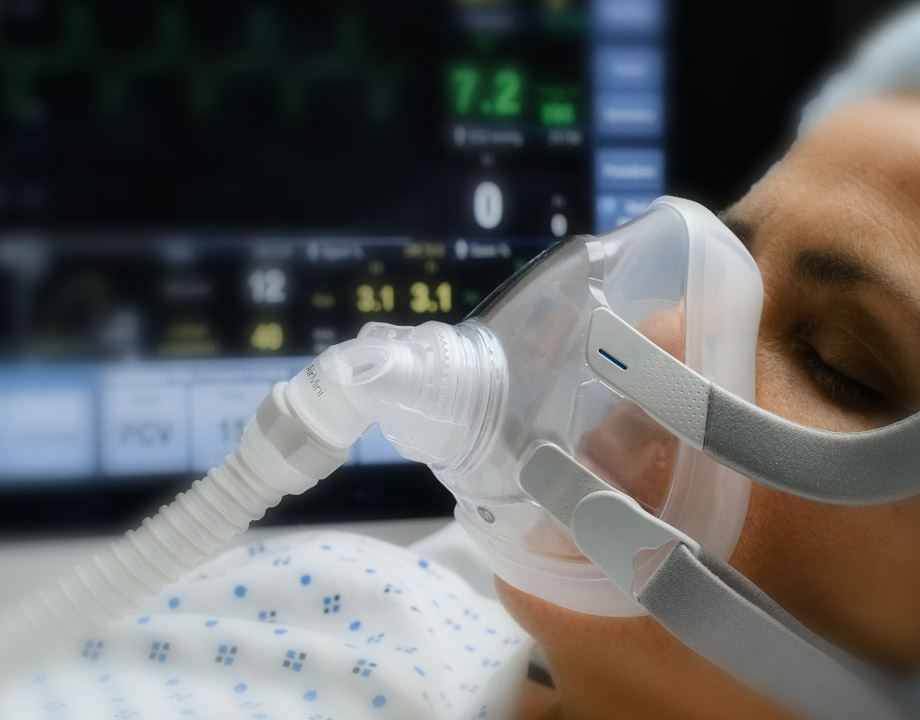 Mechanical lung ventilation is a widely used in intensive care units for patients with critical respiratory ailments and in surgery performed under general anesthesia. It is a life-saving intervention for patients with COVID-19 and acute respiratory distress syndrome (ARDS), in which fluid buildup in the lungs interferes with the body’s oxygen supply. Ventilators are also used with preterm babies, whose lungs are not yet able to expand and contract, until their lungs fully develop.

Conventional mechanical ventilation technology, however, is far from optimal, Kaczka explained. As has been proven true by COVID-19, it can exacerbate some medical conditions, cause infections, prolong illnesses, and even cause death. 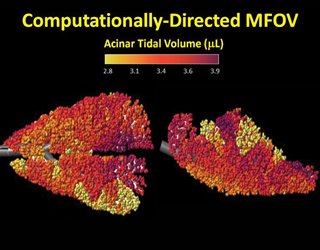 Multi-frequency oscillatory ventilation enables different regions of the lung to fill with air without creating damaging pressure on its interior surface. Show here is a model of how much air different parts of a set of lungs can hold.
To understand how the MFOV ventilator works, consider the structure of the lungs. It consists of millions of alveoli, tiny elastic air sacs that look like bunches of grapes. When we breathe in, filling the lungs with air, oxygen passes through the alveoli into the blood stream while carbon dioxide is removed from the blood to be exhaled.

Explore more in an Infographic: What Makes Ventilators Hard to Engineer

This may overstretch some regions of the lungs, causing injuries from excessive pressure changes (distention, also called or barotrauma) or from stretching of the alveoli (volutrauma). The body reacts by rushing white blood cells and the products they produce to the site of the injury. This can spark inflammation, which can then spread to other organs via the bloodstream.

Also, when the ventilator causes patients to exhale, some lung regions collapse completely because they are devoid of any air. Then they pop up open again with the next breath. That puts tremendous shear forces on the lungs’ surface layer of epithelial cells. This may cause another type of injury, atelectrauma, that could cause inflammation to spread through the blood.

Learn how Computational Lung Model May Guide How Ventilators are Used

Kaczka’s team and other researchers have tried to tame mechanical ventilation for years. Their approach relied on two key parameters: the amount of gas delivered with each breath (the tidal volume) and the rate at which this gas is cyclically applied (the frequency).

“The idea was to generate small gas volumes at very high frequency range, from one to 20 Hertz, which would be an equivalent of hundreds of breaths per minute, or even sometimes over one thousand,” Kaczka said. “It was thought to be great because the tidal volume is very small and it minimizes volutrauma, plus you keep the lungs open, so you don’t have the atelectrauma.”

Yet, when the team tested these parameters in their 2013 studies, they did not see any improvement in mortality rates. That led the team to look for other factors at play. The researchers hypothesized that supplying lungs with air on multiple frequencies rather than the same frequency may yield better results. That way, each lung region would utilize the gas at the rate and capacity it needs.

Using grant money provided by the Department of Defense, which was interested in combat-related lung injury, they tested their hypothesis with sophisticated imaging procedures. By using a series of three-dimensional images produced over time, the team visualized how pigs’ lungs behave when ventilated by conventional ventilators and compared that with high-frequency and multi-frequency ventilation.

The team experimented with frequencies of 5, 10, 15 and 20 Hertz. They used radio-opaque xenon gas to trace how air how it flowed through the lungs of pigs affected by acute respiratory distress syndrome.

“The take-home message of those studies was that multi-frequency ventilation is associated with lower mechanical strain throughout the lung tissue,” Kaczka said. “If you give the lungs as many frequencies as you think they will need, the lung regions will figure out what’s the best for each of them.”

The team is planning to conduct preclinical studies with MFOV this spring. Kaczka also spun off a new company, OscillaVent, to commercialize the new multi-frequency oscillatory ventilation technology. If all goes well, it hopes to get permission to do clinical studies from the Food & Drug Administration.

Lina Zeldovich is a freelance science and engineering writer in New York.