Computational Lung Model May Guide How Ventilators are Used

Computational Lung Model May Guide How Ventilators are Used 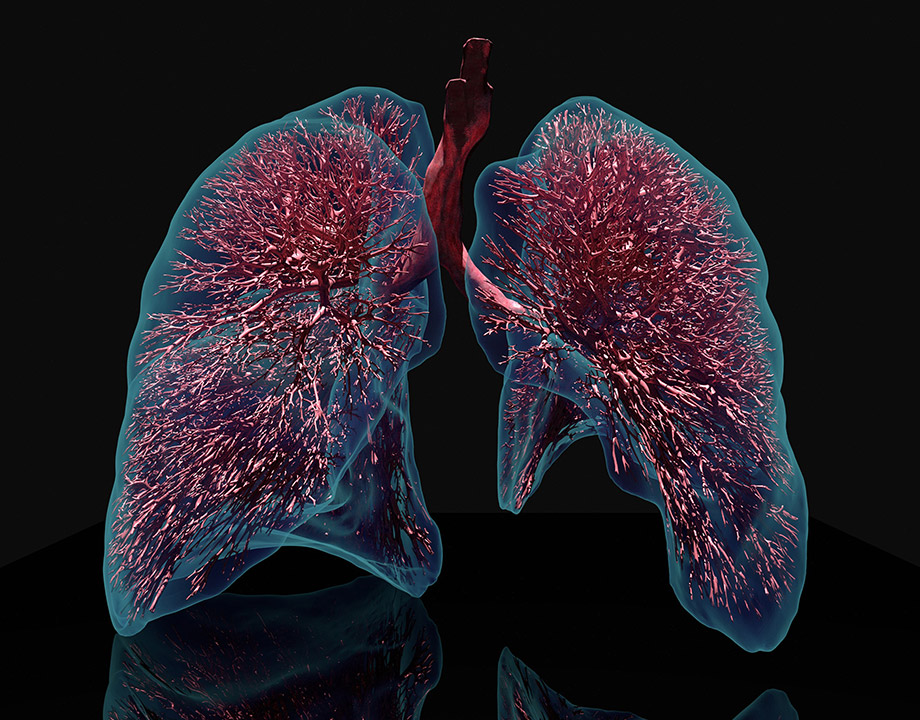 Computational lung model provides a detailed view of a lung that cannot be imaged by existing technology. Credit: Jakob Richter/TUM

Building Equipment Contractors Chemical and Pharmaceutical Manufacturing Medical Equipment and Device Manufacturing Robotics
Mechanical ventilators to help seriously ill patients breathe have been a staple in hospital intensive care units for a long time. Doctors and nurses work with them routinely, and now the COVID-19 pandemic has thrust them into the public eye. Engineers and makers around the globe have tried to fill the void in numbers with makeshift machines and off-the-shelf replacement parts. Their need is great, they are essential, but they are not a panacea. Sometimes, especially during extended use, they become the problem.

Mortality rates for patients with Acute Respiratory Distress Syndrome placed on ventilators for a week or more can reach 40 percent to 50 percent because the pressure causes severe damage to the lungs. Finetuning the ventilator to supply the appropriate amount of pressure has been problematic because doctors have a limited range of parameters in determining the best protocol. 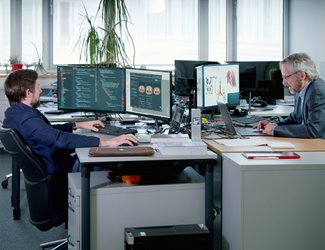 Using artificial intelligence and a CT scan of a patient’s lungs, the model is a digital tool that can map an individual’s lungs. The eventual goal is to provide an individual lung model for each patient on a ventilator and optimize its use, he said.

Wall points to the complexity of the lung. There are more than 20 levels of branching of bronchial tubes, from the main airways to the tiniest alveoli, or air sacs. The tissue resembles a sponge, he noted, with the smallest airways merely the width of two layers of cells. This is the level where the exchange between air and the bloodstream occurs. 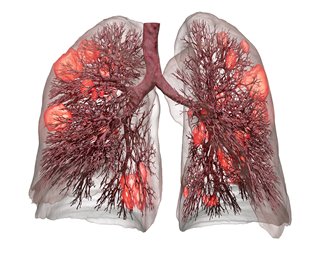 The model uses data and information from a CT scan to produce a detailed visual of a lung. The COVID-19 damage is in orange. Credit: Jakob Richter / Ebenbuild / TUM
In addition, breathing is an extremely complex mechanical interaction involving different types of tissue, a liquid film on the tissue, and the flow of air, Wall noted. Applying pressure evenly throughout the lung when parts are damaged is difficult—and difficult to monitor.

“If the lung is healthy, it works, and pressure goes to the whole of the lung,” said Wall. “But patients with failure, have some part of the lung that is stiffening, and not getting enough oxygen. The problem is in applying pressure; These [damaged] parts are stiffer” and don’t accept the pressure, which moves to healthy parts of the lung. Those tissues are then overstrained, and that causes inflammation.  “You don’t see that when you are ventilating, but patients are dying from this.”

The new model is the result of some 15 years of research. At the beginning, the medical community had little understanding of a computational predictive model, Wall said. The newest model benefits from the gathering of new and more data, and improved methods of micromechanical testing on lung tissue.

“We built up our model developing algorithms with machine learning, defining relative behavior based on data,” he said. It takes into account different breathing maneuvers and ventilating maneuvers based on the geometry of the thorax and on one recording of the breathing cycle.

Current medical guidelines use a patient’s body weight to determine ventilator settings. Wall’s model, instead, pulls specific data from a conventional CT scan of a patient’s lungs, taking into account areas already damaged by disease or injury. The model then uses pressure and volume measured during the inhalation and exhalation cycle to calculate the mechanical characteristics of the individual. Wall says its precision is high enough to predict what ventilator settings will harm a patient’s lungs.

Wall and his co-authors have shown proof of concept using electrical impedance tomography in a paper published in the Journal of Applied Physiology. EIT produces a low-resolution image that shows changes in electrical bioimpedance of lung tissue along with the amount of contained air against a predefined baseline. They enhanced a computational lung model with a “virtual EIT” model to validate model-predicted EIT voltages and images with patient measurements. EIT was successfully used for validation of the computed model results, said Wall.

He said the model has been used on patients in an Italian hospital with positive results, and he and three clinical partners have formed a company to bring it to market. He is working with doctors and clinicians to improve the model but said the software’s ability to analyze a lung, quantify it and determine the size, health, and areas that are compromised can be used in a clinical setting “rather soon.”