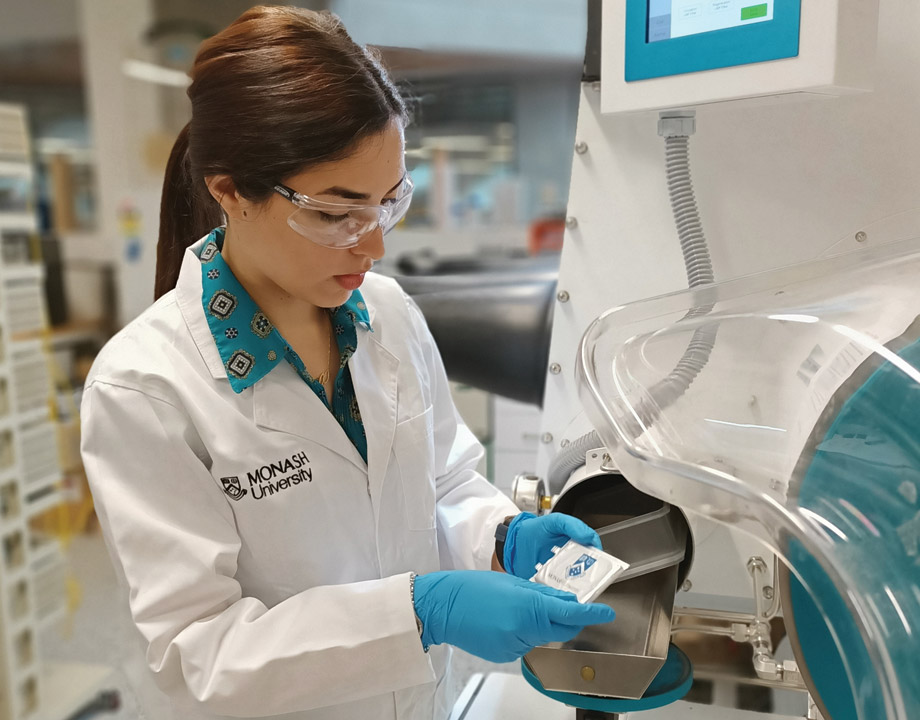 Researchers at Monash University in Australia have developed a battery that can last more than four times longer than standard lithium-ion batteries.

As engineers and scientists continue to make strides to improve electric cars, smartphones, and autonomous robots, they keep coming against the same challenge: battery life. All those bells and whistles (and the sensors that feed them) that decorate modern life are a huge power drain—and people would like the convenience of not having to charge their phone, car, or robot several times per day.

Now, researchers from Monash University in Australia have developed—and are on the verge of commercializing—a unique ultra-high capacity lithium-sulfur (Li-S) battery that delivers more than four times the charging power of today’s traditional lithium-ion offerings and uses common, easy-to-fabricate materials. Mainak Majumder, a professor at Monash’s department of mechanical and aerospace engineering, said he and his team are trying to create the “battery of the future.” 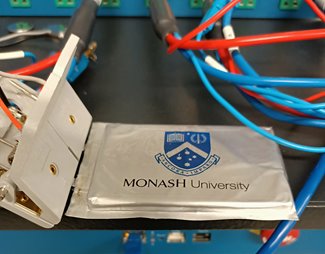 Using agglomeration theory, Monash University’s Mainak Majumder found a way to handle electrode swelling that rips lithium-sulfur batteries apart.
“Lithium ion batteries have been the state of the art—and we’ve been researching them—for more than 20 years,” Majumder said. “There’s a reason why they are so widely used in so many different applications. But they have a ceiling on their energy density. We wanted to find a way for more energy to be stored. With technology advancing so rapidly, we need to find more innovative methods to store energy, so the use of new technologies is actually practical.”

You May Also Like: Capturing Renewable Energy from Mixing Water

Developing such a battery required finding the right chemistry. In theory, a Li-S system should have four to five times the energy density of a lithium-ion battery, Majumder said. That makes it an attractive target system for more durable batteries.

The problem has been that Li-S batteries were unstable. Others have attempted to stabilize them by incorporating the sulfur material into an electrode made of a tight mesh. Unfortunately, when lithium ions moved from the electrolyte into the electrode, they reacted with sulfur and caused the electrodes to swell.

“Essentially, the electrodes, after a cycle or two, would just fall apart,” Majumder explained. “The sulfur electrodes just couldn’t handle the amount of stress caused by the lithium reacting with the sulfur. It’s been a fundamental problem in battery chemistry, and it is one we wanted to solve.”

But he and his colleagues didn’t want to solve it by switching to “exotic” electrodes materials that might be difficult to scale up for manufacturing. Instead, they focused on the chemistry. They found when they mixed sulfur, carbon, and a binder with just a small amount of water to make the sulfur cathodes, they could create a unique structure called a “bridging architecture,” a concept borrowed from agglomeration theories.

Recommended for You: Battery Capacity Gets a Boost

This involves using a strong binder that forms a tight bond with sulfur while leaving most of the sulfur particles’ surfaces free to interact with lithium ions. By reconfiguring the design in this manner, they could accommodate the stress without a drop in capacity or performance, thanks to increased space for material expansion and ion diffusion across the structure. 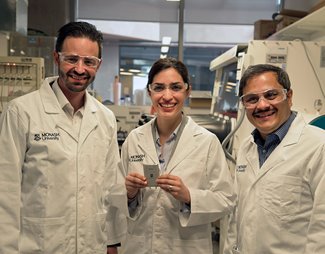 From left to right, Matthew Hill, Mahdokht Shaibani, and Mainak Majumder, who developed the new battery at Monash University.
“The binder does not cover the entire surface when we do it this way,” he said. “Rather, it makes a bridge between the sulfur and carbon particles. And it turns that it can handle the stress. We actually went back and saw this kind of behavior has been reported before—but in pharmaceutical product manufacturing. But it is exciting that we were able to bring it to the creation of these more powerful batteries.”

“It’s quite easy to scale up the manufacturing,” he said. “You can move from a coin cell to a pouch cell quite easily without too many challenges.” Pouch cells are the industry-standard way to package lithium-ion batteries.

While Majumder is very excited about the potential for this new battery chemistry, he is the first to admit that there is still a lot of work to do.

“We have demonstrated that this Li-S battery is possible to do,” he said. “We are currently working on pilot studies and assessments, all of the pre-commercial and feasibility studies that we need to do, to understand the customer’s needs as well as make these batteries at a large scale.

"But a battery with this kind of performance, with readily available materials and lower manufacturing costs, has the potential to improve a lot of real-world applications. It’s very exciting to think about.”

Kayt Sukel writes about science and engineering from Houston.