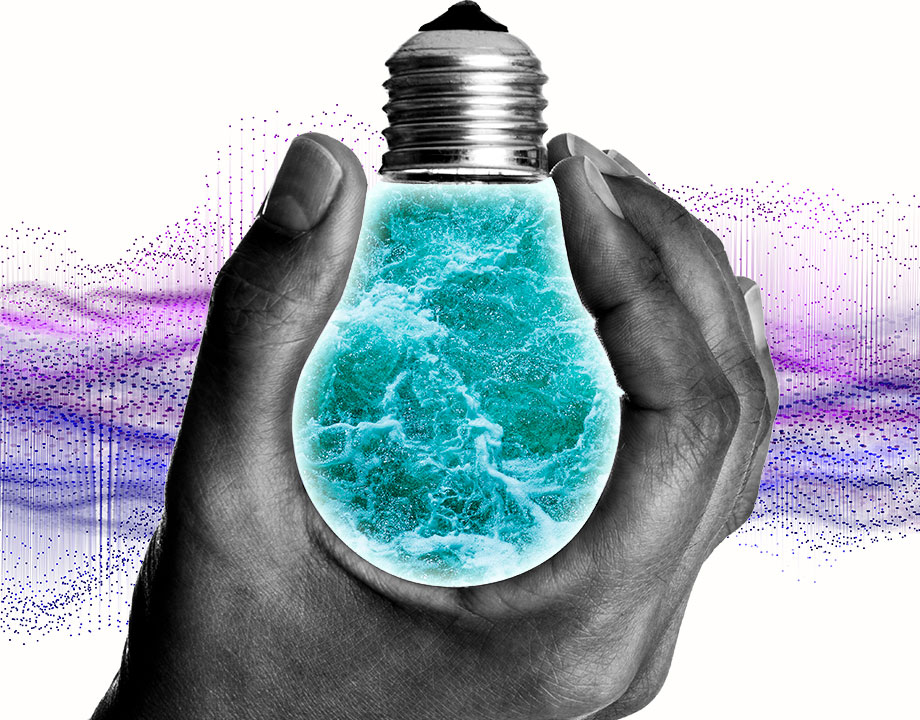 Stanford engineers have developed an affordable and efficient battery that captures energy from mixing fresh and salt water.

“Is any of it tapped? No, none of it,” said Kristian Dubrawski, a postdoctoral researcher in civil and environmental engineering at Stanford University. “That’s why it’s exciting: There’s this massive amount of potential renewable energy that is currently untapped.”

Usually that potential is lost at sea as heat, to the tune of 0.65 kilowatt hours per 1000 liters. But now Dubrawski and his colleagues in Craig Criddle and Yi Cui's Stanford labs have created a battery that can cheaply harness that energy.

The idea to capture energy where waters mix is not new. But previous attempts have generally relied on expensive chemical membranes. They’re effective but fragile and prone to fouling.

Pressure retarded osmosis, a leading technology in this field, requires turbines to convert the mechanical energy into electrical energy, increasing the engineering difficulties and the cost.

The Stanford battery, however, needs no membranes and has no moving parts. It uses the alternate flushing of fresh and salt waters and, thanks to the relatively environmentally benign materials used as electrodes, it can be placed underwater to capture the mixing energy at the source.

One electrode is coated with Prussian Blue. “It’s the same blue we use to dye our jeans with,” Dubrawski said. “We can paint it on carbon or stainless steel.”

As an added benefit, Prussian Blue is inexpensive. “It can be manufactured for pennies per pound,” Dubrawski said. “I make it myself with bulk commodity iron chemicals.”

The negative electrode, which captures chloride ions, is slightly more expensive. It uses an organic polymer called polypyrrole. “That’s where there’s probably more room for innovation, Dubrawski said. “If I was a company and wanted to make this thing a little bit better and a little bit cheaper, I’d put my R&D dollars there.”

The battery will need those improvements to work at a scale, but the prototype can pull energy from mixing waters far more efficiently than engineers’ previous attempts. 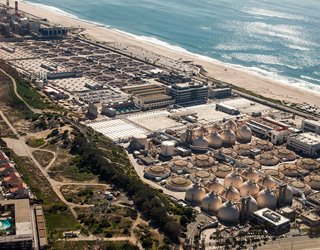 “Desalination plants are massive energy consumers,” Dubrawski said. “Theoretically, you could get 60 to 70 percent of the energy it takes to desalinate water back. If that was possible, desalination would be considered more environmentally acceptable.”

Such a battery could be placed in the ocean, downstream from a pipe discharging low-salinity water—without any other infrastructure. It would make energy-intensive coastal wastewater treatment plants less dependent on the electric grid, cut costs and emissions.

The major barrier to seeing the battery put to work is research dollars. “If the industry or the DOE put ten million research dollars towards this, it could be commercially viable in two or three years,” Dubrawski said. “If Stanford scrapes by with 50,000 dollars every few years, it’s going to be 10 or 20 years. Or a different technology will become commercialized.

“I believe this is very doable. It’s a pretty well established technology. It’s mostly materials and design optimization at this point. It’s not nuclear fusion.”