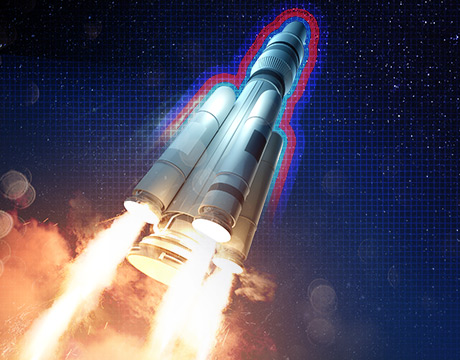 Polymer Composite Can Regulate Its Own Temperature

Systems of any kind typically operate best within a fairly narrow temperature range, whether it’s an engine, a phone battery, or the human body. The flora and fauna of the world have had the advantage of millennia to develop their techniques for keeping themselves from getting too hot or too cold. But, unlike a hypersonic jet or a satellite, they don’t have to endure radical changes in temperature.

Now, a researcher at the University of Nottingham has created a self-regulating polymer composite that borrows from nature’s bag of tricks to keep our manmade creations just right amidst the wildest temperature swings. His system may someday help modulate objects in spaceand on Earth.

“The human body responds to changes in air temperature and modifies the body in relationship to the activity, whether we are sitting, running, or eating,” said Mark Alston, assistant professor in environmental designat the university. “It’s incredibly simple and incredibly complex. We asked how we could echo this type of function in a manmade material.”

One of the body’s methods for handling heat can be found in our cardiovascular system—our veins expand and contact depending on our actions. “A very difficult thing to achieve from an engineering perspective,” said Alston.

So he turned to another veined structure, the leaf.

Top Story: How Elephants Uses Their Tails to Chase Away Mosquitoes

The capillaries within a leaf don’t change volume. Instead, their size and layout changes according to the leaf’s surface geometry. To keep from drying out, the fluids circulate at a very low pressure drop, and a flow within that network that is uniform throughout the veinous geometry.

To imitate this evolution-engineered strategy, Alston’s system uses a tiny amount of distilled water inside microchannels within a polymer. Sensors within the polymer will measure temperature and switch the fluid to a high or low conductivity as the environment changes. As the polymer builds up heat, the water heats up as well and begins to move out of the polymer. “If there’s a lot of energy going into that material, the capillary flow through the network of microchannels would have to change in response to thermal load,” Alston said. “A higher load requires greater thermal transfer to regulate that load.”

The details can be found in his paper, recently published in Nature.

Leaves are capable of smoothly transitioning temperature regulation at a low pressure drop thanks to the laminar flow of the fluids in its channels. Similarly, Alston’s system requires little energy.

The system will have the most use where there are no leaves: in orbit. With the sun on one side and a vacuum on the other, satellites use complicated systems with multiple layers of insulation to stay at operational temperatures. That means they’re heavy, which, in space, means expensive. Alston’s system would be lighter and could provide the option of producing energy.

“The outcome is a fluid that is hot, so we could use that energy for conversion to electrical energy if we need to,” he said. “Part of the process is how we deal with the hot fluid: Do we evaporate it to space, or do we use it for electrical conversion?”

Back on Earth, such a leafy device could help keep burn victims cool, or regulate the temperatures of semiconductors, car batteries, and lithium ion batteries.

“To be honest, there are potential applications wherever you have thermal issues,” said Alston. “If we have a need for a minimum depth of structure doing the maximum absorption, we have a very controlled functional material system.”

The human body responds to changes in air temperature and modifies the body in relationship to the activity, whether we are sitting, running, or eating. We asked how we could echo this type of function in a manmade material.Mark Alston, University of Nottingham