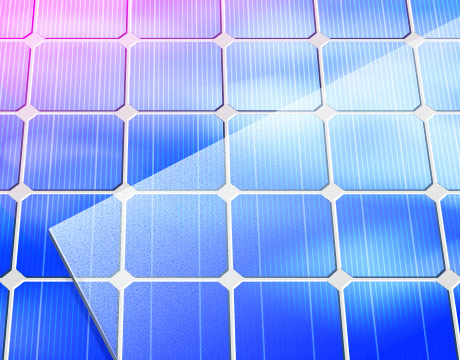 Looking up into the sky can remind us of some of humanity’s greatest achievements. The moon landing is one. And though you may need a telescope to see it, the planet Mars reminds us of the next possible frontier in space. But our universe potentially offers us so much more without ever leaving the ground. That we haven’t taken more advantage of that medium-sized star in the center of our solar system surprises Shanhui Fan, professor of electrical engineering at Stanford University.

“The universe presents an enormous thermodynamic resource and there doesn’t seem to be a large amount of work that looks into it and tries to explore it,” he says. “We’ve known for a long time about what the universe can do and yet it’s been this way.”

According to Fan, the solar industry is an incredibly fast-growing industry and the advantage of solar cells can be utilized to a much greater degree. But even though the sun is involved, the strange thing about these cells is that greater efficiency can actually be achieved by keeping the cells cooled, something that is not such an easy task.

You would think Fan's team of researchers opted to work on the roof of the electrical engineering building just to get closer to the sun, but it was actually chosen for its construction: flat and smooth, just like they needed to put their work to the test. They put silicon material over a solar absorber, which Fan says has a similar makeup to a solar cell, and waited to see if cooling would take effect.

“It was within minutes that we saw the cooling effect but the experiment ran for several hours where we had the structure on the roof and recorded the temperature of the structure,” he says. “We found it had a temperature of about 13 degrees Celsius, which is truly much cooler relatively speaking when compared to the structure without the layer on top of it. This is not a solar cell experiment, but if one can lower the temperature of a cell by even 10 degrees Celsius then that would translate into an efficiency enhancement of perhaps more than one percentage point. That would be very significant, and it could save a great deal of money, especially when you consider solar is a billion-dollar industry.”

The absorber was partly inspired by an earlier radiated cooling project of which Fan was a participant.

The potential applications for their work are numerous, he says. “We’re talking about a category we call lower preserving cooling,” he says. “An absorption property of a given object, for example. Think of color and solar and the effect on temperature. For example, let’s say you have a red automobile, which means it absorbs a certain amount of sunlight. But you want it as cold as possible under the sun. This work may help that. Again, the universe is offering up answers, we just have to take advantage of it.”

For Further Discussion
The universe is offering up answers, we just have to take advantage of it.Prof. Shanhui Fan, Stanford University