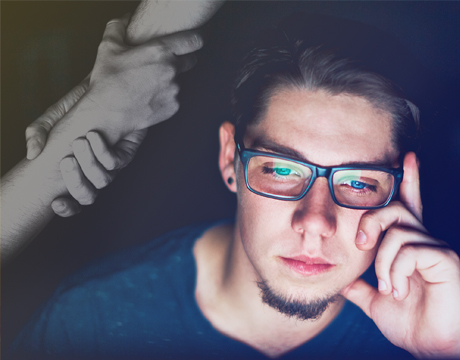 The findings may not come as a big surprise. Engineers spend a lot of time working on their designs in front of their computers. Technology allows them to collaborate and coordinate with colleagues instead of meeting with them face-to-face. Their work environment doesn’t always allow them to form friendships with colleagues.

Research into the effect of loneliness on health continues to have a negative correlation.

For You: Creative Approach to Engineering Improves Grades

One in three adults aged 45 and older describe themselves as lonely, according to AARP. About 20 years ago, AARP compared the health risks of prolonged isolation to that of smoking 15 cigarettes per day.

Those who are lonely are also likely to be depressed, which also can impair physical and mental health. Depressed people often further isolate themselves from others which leads them to feel even more alone.

The link to loneliness and depression can start for engineers even before the take their first job. A 2015 report from the Graduate Assembly at the University of California, Berkeley, found 42 percent to 48 percent of that school’s Ph.D. students in science and engineering were depressed.

Maybe you’ve been alone at work so long you don’t even realize you’re lonely. The polling organization Gallup has created 12 statements that best predict employee and workgroup performance. They include questions like:

As an indicator of on-the-job loneliness, the last question is particularly important. Engineers need to see their work valued and encouraged. But feeling alone can best be overcome when they have someone to talk to, to bounce ideas off, or vent to.

Admitting to being lonely or depressed to people at work, though, can actually make things worse, according to a 2011 study published by professors from California State University and Wharton School of Business. The admission “provided stronger and more negative cues for co-workers about the overall quality of their relationship with the employee.”

“The topic is taboo,” said Karen Dolva, cofounder of No Isolation, a Norwegian firm that creates communication tools to help cut down on loneliness. “People don’t willingly admit to being lonely.”

To battle loneliness and depress, experts suggest finding a hobby outside of work, joining Meetup groups, or seek medical help.

Will Wright, who founded digital-health-coaching company Pack Health, believes some online interactions, especially with real friends, can help people feel less alone. He tells the story of a particularly rough time for himself, when he’d be traveling and away from home and friends for weeks. A friend texted during one of these times and Wright surprised himself by texting back an honest answer: I’m lonely.

The friend said he’d been where Wright was right then. “Why don’t you go for a run?” the friend asked, offering a concrete way for Wright to help himself by exercising and getting out of his hotel surroundings.

“All this happened through texts,” Wright said.

Engineers can take time out of their days to email, text, and phone friends and family members to feel more connected.

The answer is a bit different for Dolva of No Isolation.

“Loneliness can be tackled by opening up the conversation,” Dolva said.

She doesn’t mean speaking about your depression and loneliness to your co-workers, but rather to talk about it with friends and family—even via technology like Skype or Facetime. You can certainly tell them your job is isolating and leads to depression.

“I didn’t understand how lonely I really was,” Dolva said, speaking about her time in UX design and informatics. “With loneliness, you don’t want to let anyone in. And I’m so far from being the only one who feels like this. We’re built to be part of a group, to depend on others and have them depend on us.

“Call the friend and just be bored together. Let people in. When you lean on others you’re helping yourself, but you’re also helping them,” Dolva added.

Most people, after all, want to be of use. They feel good when they’re helping others. And sharing real feelings encourages friends to open up as well.

“There’s nothing cool or brave about going through life alone,” Dolva said.

Jean Thilmany is a freelance writer in St. Paul who frequently writes on engineering topics.

Listen to ASME TechCast and learn how to communicate more effectively with your colleagues.

There’s nothing cool or brave about going through life alone.Karen Dolva of No Isolation