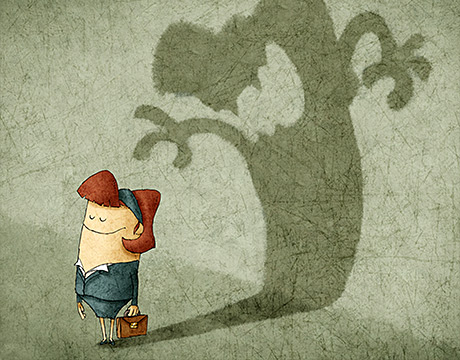 How to Deal with Difficult People

Colleagues, coworkers, bosses and so many others can rub you the wrong way and spark feelings like anger or anxiety that can get in the way of doing your job. In the business world, they’re called “difficult” but we often call them by other names.

You’ll run across difficult people (also known as people you don’t see eye-to-eye with) in all walks of life, but it seems like you happen across a lot of them when you’re an engineer, says Paul McWhorter. He’s now a high school electrical engineering teacher in Eldorado, TX, who had worked as an engineer for 20 years.

McWhorter also teaches a high-school class called “Success,” that helps students learn career skills like preparing for a job interview. “If you’re the person who can work with anyone, your career will have a distinct advantage,” he tells students in that class. 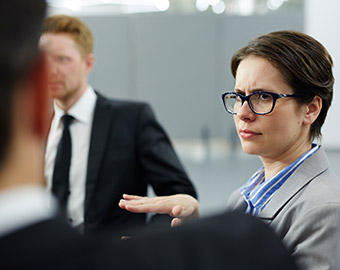 Easier said than done of course. How do you become the person who plays well with others, even those displaying less-than-agreeable personality traits? Most experts agree on one piece of advice: See the situation from the so-called difficult person’s point of view. And then, be willing to make yourself vulnerable by revealing something of your true self to the person who is bothering you.

For You: How to Mentor Young Engineers

When we perceive others as being difficult, what we’re really seeing is the behavior they use to protect themselves against their perceived aggression or fear. Everyone relies on protective behaviors to one degree or another, Wofford says.

“Maybe you look at the bully who you are aghast is losing her mind in this manner and you ask yourself, ‘What’s really there? What’s the fear behind this behavior?’” Wofford says.

“Or maybe you look at those stuck in analysis paralysis and ask yourself, ‘What are they afraid of if they don’t make the right decision?’”

Identifying what prompts protective behavior can help defuse your own feelings of anger or fear, she adds. Or, as Brian Tracy puts it: “People who attack you have problems because they’re angry or frustrated or want to take advantage of you.”

Tracy has authored more than 70 self-development books, most of them geared for business professionals, including the best-selling Eat That Frog! 21 Great Ways to Stop Procrastinating and Get More Done in Less Time.

He advises those in situations with someone who is angry or frustrated to take a deep breath, calm down, and go slow. “Don’t let their anger or frustration affect you,” Tracy says. “Instead, smile. Don’t feed the fire by arguing. Smiling and not saying anything is like a time out.”

When you do say something, ask a question. A good way to take control of a negative situation is to ask a question, Tracy says. You might ask: Why do you say that? Why do you feel that way? How did you come to that point of view?

“Rather than attack, simply ask a question and be about what they’re thinking or feeling,” Tracy says. “Sometimes it turns out they have a good reason for their actions, like they’re misunderstanding or have a difficult problem in their lives.”

Remember, too, that the people we stamp as difficult may better be classed as “different than us,” Wofford says. “The difficulty is not one behavior or another. It’s a collection of things we probably call ‘different’ because they’re different than the way we’d do things,” she says.

“It may be that we have a boss that doesn’t get us and we may not get him or her,” Wofford adds. “We don’t understand their directions and how they function and so we stamp them as difficult.I don’t see difficult people, I see different people,” she says.

Wofford offers a good piece of advice on how to deal with those who are different than us: “Start focusing on how the coworker isn’t really a big pain in your neck and difficult. Start to see your differences and ask about them,” she says.

It’s the asking that makes us vulnerable. The person you’re asking questions of may strike back in anger. But, then again, they may not. Asking questions leads up to a true conversation that helps us better see the other’s point of view and that calms the situation, Wofford says.

In short, it seems that dealing with differences and difficulties comes down to asking questions.

Read More:
How to Interview on Camera for a New Job
Interviewing Basics for Engineers