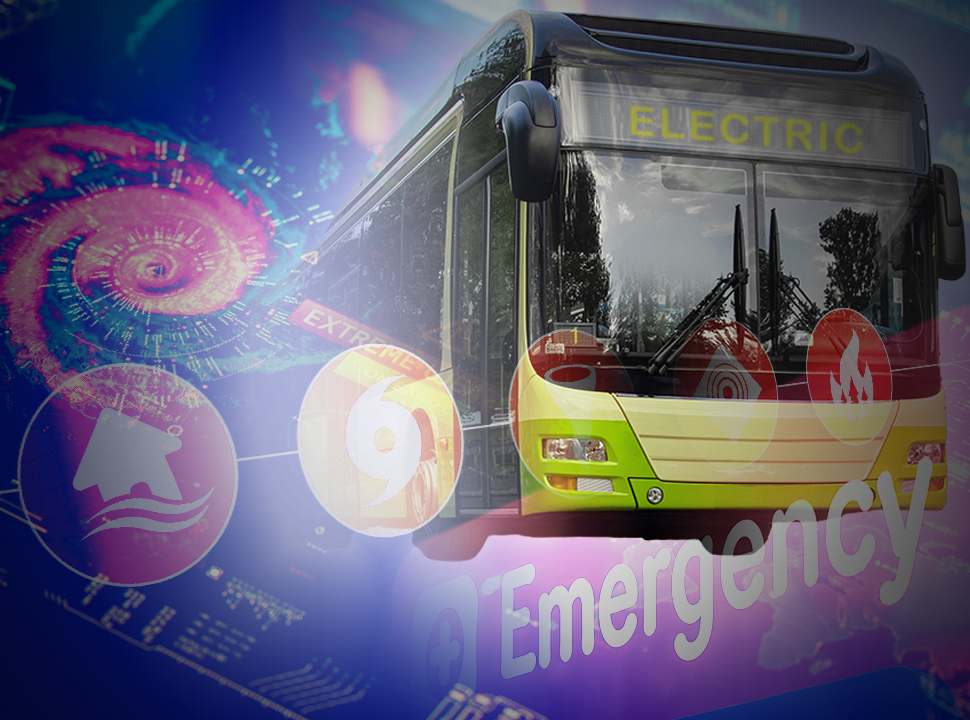 Generating Electricity from a Bus

In February 2021, hospitals across Texas struggled with unreliable electricity and overflowing emergency rooms in the wake of a historic winter storm. As power went out across the state, residents opened their gas stoves to stay warm. Drivers slid dangerously across icy roads.

Ironically, hybrid electric buses safely parked could have help to keep people warm and protected during that crisis.

To do that, the buses could have been turned into portable generators to power places that couldn’t function without electricity, such as hospitals and fire stations, said Mike Lewis, an engineering scientist at the Center for Electromechanics at the University of Texas. 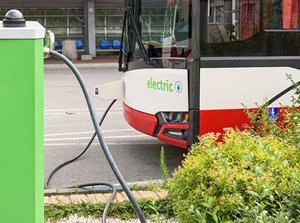 Bus Exportable Power Systems (BEPS) allow buses to act as large generators.
When the power goes out at hospitals or nursing homes, people can die from lack of access to life-saving interventions or—when the air conditioning fails—from heat exposure, he added.

“There are never enough generators when a disaster hits,” Lewis said.

Or, as the U.S. Federal Transit Administration (FTA) puts it, “The lack of mobile generators is a significant capabilities gap.”

Continue the Read: Human Power Powers Power for All Humans

Lewis helps head the university’s research into Bus Exportable Power Systems (BEPS), the systems that allow buses to act as large generators. The concept is quickly gaining ground. So much so that in April, the FTA put out a call for formal BEPS standards.

The idea for a BEPS was born from the realization that transit hubs generate a lot of electricity. And they have buses readily available, Lewis said.

“Transit agencies have a vast collection of raw horsepower in the form of their buses, along with a large supply of energy with their onsite diesel fuel stations,” Lewis said. “Tapping into this resource and outfitting transit buses with exportable power could provide a game-changing capability for emergency response power needs.

Meanwhile, the hybrid bus powertrain contains all key elements required for mobile power generation, including an ample fuel tank, a diesel or fuel cell engine, and a generator, Lewis added.

The technology is available today. It works and it is affordable,” he added.

Three years ago, the Center for Transportation and the Environment (CTE) partnered with the University of Texas and Hagerty Consulting to develop a BEPS that will give hybrid buses the capability to act as on-demand, mobile, electrical-power generators, said Robert Hebner, CEM director and a UT mechanical engineering professor.

Though the idea of using vehicles as generators isn’t new, research has stepped up in recent years, thanks to the increased use and availability of electric cars, Hebner said. In 2019 the FTA released a report that detailed how hybrid electric buses can be used as on-demand, mobile electric-power generators during emergency response and recovery.

Lewis noted that most communities have significant power failures once or twice a year, which can wreak havoc on everyone affected. People working remotely lose wages and residents freeze, overheat, and have trouble getting information about the outage.

When people do learn more about the power cut, they often don’t like what they hear. Help is on the way, but not quickly.

For example, during Hurricane Maria in 2017, which impacted Puerto Rico and the U.S. Virgin Islands, the Federal Emergency Management Agency (FEMA) dispatched 250 to 300 generators from their inventory and supplemented that number by 1,150 rentals.

“This still was not enough,” the report noted.

Meanwhile, the BEPS can quickly raise the number of available in generators, Lewis said.

For wide adoption, however, the FTA will need to standardize BEPS systems.

The good news is, Congress recently empowered the FTA to establish a program to provide standards for the BEPS. The standards will ensure different manufacturers use the same technology base and applications for their BEPS solutions. This will bring all BEPS into alignment, according to the FTA.

Soon, hybrid buses acting as generators will become commonplace in areas hard hit by power outages, Hebner said. Already, the concept of vehicles as generators has entered the mainstream. He points to a recent ad for the all-electric Ford 150 Lightning truck that shows it powering a trailer on a camping trip.

“We’ve seen that everyone’s house could be connected to a truck, but fire stations and supermarkets could not,” Hebner said.

When the hybrid buses roll into town, those places will be quickly powered up, bringing electricity to those places and forever changing how populations react after a natural disaster or power cut.

At the very, least, a BEPS will help someone save the meat in their freezer or to listen to an outside broadcast about the hurricane they’re living through. But its greatest benefit will be, of course, to save the lives of the people holding on the face of a natural disaster.