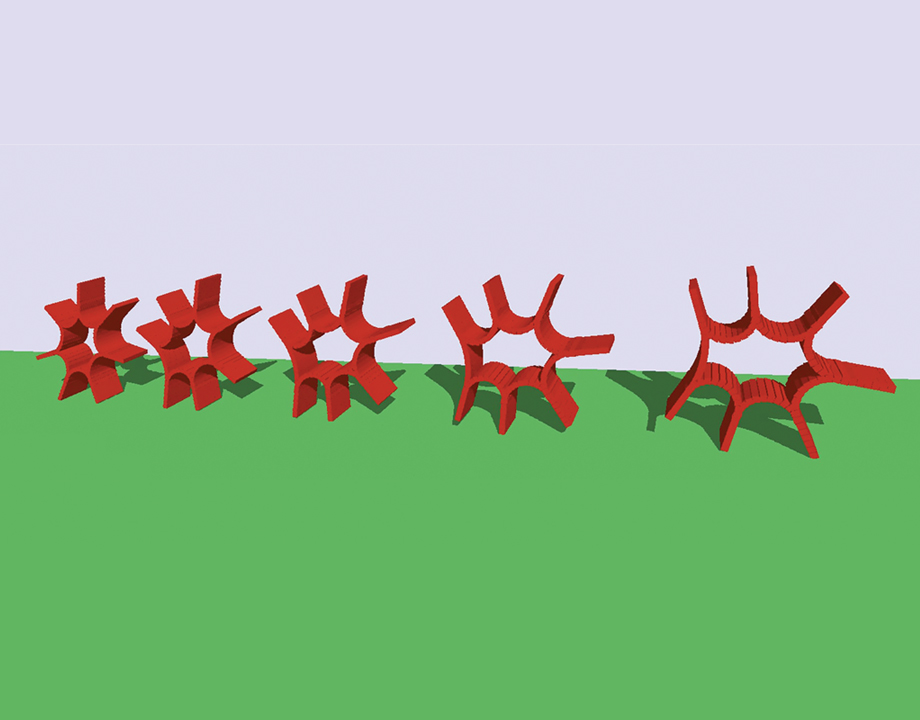 Building Equipment Contractors Fabricated Metal Product Manufacturing Robotics
Researchers are on a quest to build soft robots, which move with the same smooth motion as natural creatures, rather than with generally stiff, robotic movements.

A team of engineers at Carnegie Mellon University in Pittsburgh and the University of California, Los Angeles, looking for a way to model the movements of soft materials, took a page from live animation.

Motion picture animation and video games are impressively lifelike nowadays, capturing a wisp of hair that falls across a heroine’s eyes or a canvas sail that snaps crisply in the wind. The researchers adapted this sophisticated computer graphics technology to simulate the movements of soft robots.

Think about the way a video-game character might scratch his head. Computer programmers rely on computer graphics simulation tools for that motion. Those tools can also be used to simulate the movement of soft robots, said Carmel Majidi, an associate professor of mechanical engineering at Carnegie Mellon.

“With these soft robots, we’re trying to build machines that mimic actual organisms,” he said. “We want to create biologically inspired robots to serve as test beds to better understand how mature organisms move and then build machines that can mimic movements to perform tasks more effectively,” Majidi said. “Machines like that could safely interact with human beings during search-and-rescue missions.”


The soft robots need to be able to work in places humans and conventional robots cannot access, added Khalid Jawed, an assistant professor of mechanical and aerospace engineering at UCLA, who worked on the project.

For movies and video games animation, the simulation tools are used to ensure, for example, a character’s hair flows naturally in the wind. Researchers at the Soft Robotics Lab realized the same tools could be used for their own purposes, Jawed said.

“If I were to do a real experiment to compare that to the simulation, it wouldn’t work,” he said. “The first thing we developed was a way for the simulation to match real-world experiments. Because the simulations are supposed to predict the actual motion of the robots we build, we had to be a bit more technical,” he added.

These animation simulations understand geometry fairly well. For instance, they can simulate the strand of a character’s hair or the thickness of clothes.
“It’s the material and external forces for which we had to come up with our own methods,” said Jawed.

His group helped create experimental algorithms to characterize the laws that describe the shape-memory alloys or polymers that enable soft robots to move.

It also had to develop methods to simulate the friction the robot encounters, added Xiaonan Huang, a CMU mechanical engineering graduate student. He had a role in building those algorithms.

“The soft robot is moving on the ground and the ground is exerting some type of friction on the robot. But that can change with the type of ground we’re talking about. Depending on that type of group, we’ll find different rates of locomotion,” Huang said.

“We had to have a realistic way to account for the robot and the group and for the experiment and the simulation to agree.”


Next in Soft Robotics


The new simulation tool can significantly reduce the time it takes to bring a soft robot from drawing board to application.

Still, using computer graphics technology to simulate soft robots is only in the beginning stages, Jawed said. The simulations are, in fact, still two dimensional. The researchers want to expand to three-dimensional imaging and to be able to simulate more complicated soft robots in the future.

You May Also Like: Soft Robots Are Essential for Future Space Exploration

Eventually, soft robots will include sensors and even intelligent technologies for rudimentary decision making, said Majidi, adding that “Soft robots could go into the body to perform minimally invasive surgery. “Or they could help understand changes in the environment, like swimming robots that could monitor the natural habitats of environmentally threatened species that live in the ocean.”

“But computer graphics is the starting point,” he said. “With it, we can validate the overall concepts of materials that are soft and rubbery and that can achieve robot functionality.”