AI Can Use Infrared Signature to Sort Plastics

AI Can Use Infrared Signature to Sort Plastics 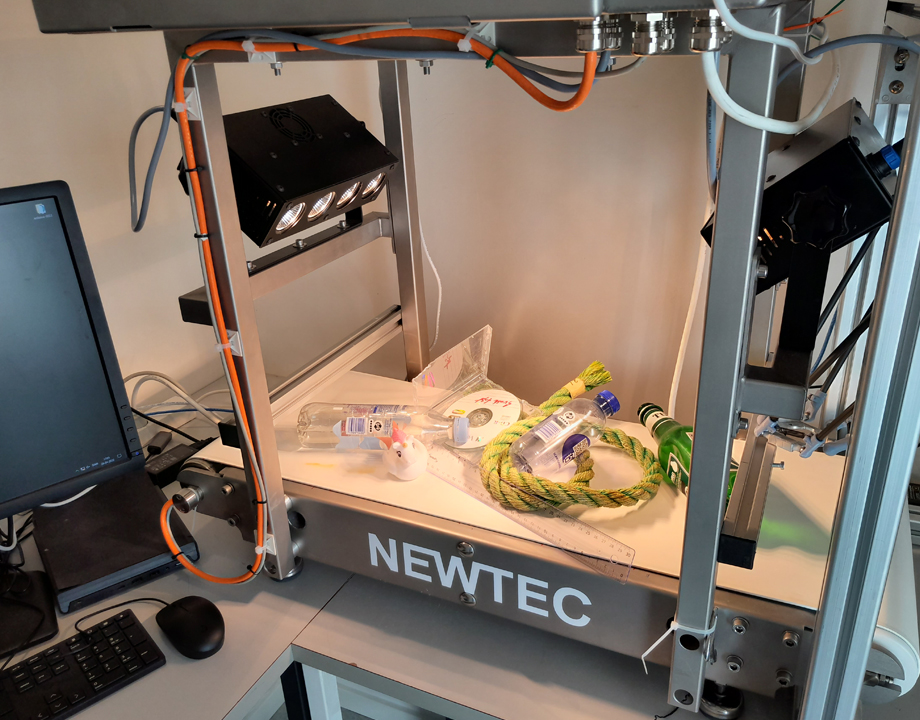 Using near-infrared light, a group of Danish researchers can automatically distinguish the plastic in soda bottles from that in nylon rope.

Materials Waste Management Services
Recycling has a problem. No matter how conscientious the consumer, by the time the material gets to the end of the conveyor belt at the recycling plant, most plastics end up mixed together. Due to the rather rudimentary sorting techniques in use, only a small percentage of the plastic we try to recycle ends up getting recycled.

“The ordinary consumer, with the best intentions—and also the correct procedure—puts everything in the plastic bin. We get it all,” said Mogens Hinge, an associate professor in the department of biological and chemical engineering and process and materials engineering at Denmark’s Aarhus University, and co-author of the paper “Plastic classification via in-line hyperspectral camera analysis and unsupervised machine learning,” which appeared in Vibrational Spectroscopy this year. “Now we have a problem: we can wash it, but we can’t unmix it. And plastic is not just plastic.”

For example, if you try to melt a batch of polyethylene mixed with polyethylene terephthalate, then the polyethylene will be burnt and destroyed before the PET melts. Injection molding with such a brew will thus be impossible. But current methods don’t properly separate most plastics. The plastics that make it to the recycling plant get chopped down and tossed into a pool of water where they are separated by density—not unlike the “ducking” of suspect witches and only marginally more useful (though it does, in fact separate PE from PET).

“We need to separate plastic types,” Hinge said. “We need something to “see” what is running on the conveyor belt.” 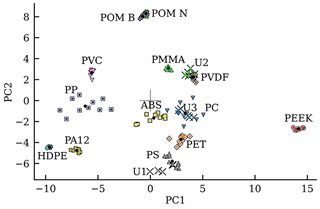 The spectral signatures of different types of plastics are distinct in the near-infrared.
That kind of separation is not going to happen in the home with a few extra bins. The consumer—and the expert—can’t tell plastics apart by sight or feel. “Look in your kitchen: how many plastics can you touch and conclude what they’re made of?” Hinge asked. “Very few—at least I can’t.” So how do you quickly determine what a piece of plastic is made of without the expensive and time-consuming process, of, say, running a sample through nuclear magnetic resonance spectroscopy?

The answer is infrared

In fact, mid-infrared has been used to differentiate some plastics from others for some time. But it’s not the right tool for industrial scale usage as it must be in contact with a material to read it properly.

So, Hinge and his colleagues turned to near-infrared, which gives weaker signals but ones still strong enough to work, to train their system to recognize plastics from above. By putting plastics under the eye of their infrared camera they were able to see which wavelengths were absorbed and which were reflected, giving them a unique fingerprint for each plastic type.

Editor's Choice: How Are Robots Helping Us to Recycle Better

“The safety glasses came out as polycarbonate, just as they are made of, Plexiglas came out as PMMA which is Plexiglas,” Hinge said. And the system wasn’t fooled by pigmentation. “You can image the cheer and number of beers we had to drink to celebrate when they were properly categorized. It was truly a wonderful day at Uni.”

More on This Topic: A Mechanical Way to Recycle Foam

Hinge’s work is part of a collaboration between Aarhus University, Dansk Affaldsminimering, Plastix, and Vestforbrænding, and is partially funded by the Danish Innovation Foundation, with the goal of increasing the recyclability of post-consumer plastics for new products.

Though it’s still its infancy—the researchers are using just a single camera above a tiny conveyor belt—there’s little reason the system couldn’t be adopted by recycling plants almost immediately. “It’s all open. There’s no patent. The more people that use it the better,” Hinge said. “Let’s get it out there and get this plastic recycled.”

Currently only two percent of the 369 million tons of plastic we currently produce each year gets recycled. “If we can increase that to three or four, it will make a dramatic impact,” Hinge said. “Maybe in ten years we’ll look back at plastics and say, ‘Come on, did we really do that?’”