A Mechanical Way to Recycle Foam

A Mechanical Way to Recycle Foam 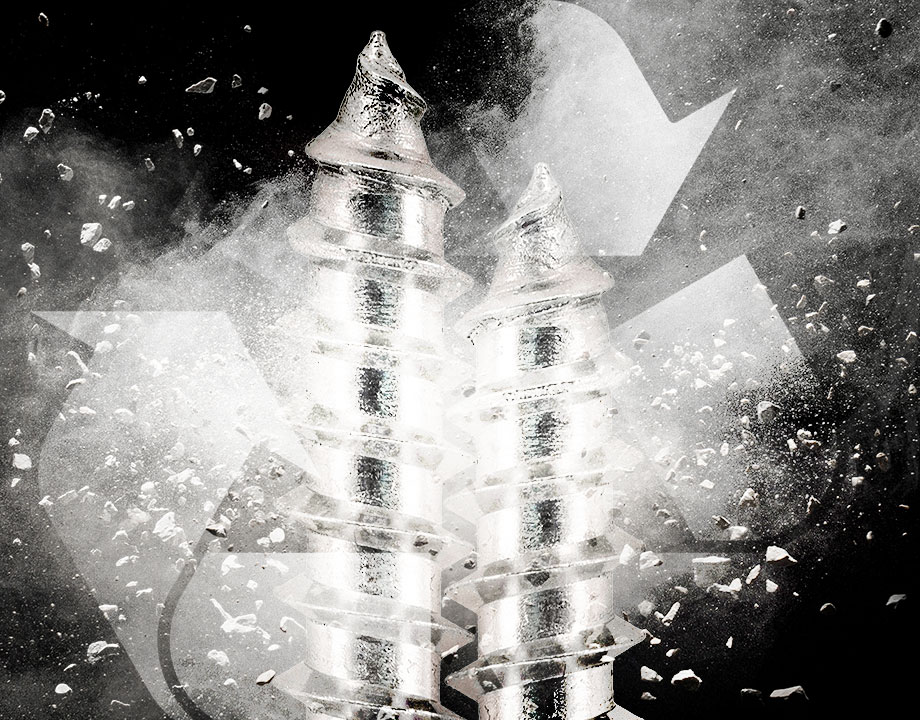 Researchers at the University of Minnesota and Northwestern University have found a way to process that foam so nearly all of it can be recycled.

Now researchers at the University of Minnesota and Northwestern University have found a way to process that foam so nearly all of it can be recycled. The product can be used to make rubbery or rigid materials as well as new foams.

The Northwestern researchers had been toying with catalysts that would allow polyurethane foams to be reworked for some time. In an effort to turn the now malleable foam into a useful product they were pressing the material between two hot plates. The film they wound up with was full of air pockets. “That’s the reason polyurethane foams are so hard to recycle,” said Kailong Jin, a researcher at the University of Minnesota’s chemical engineering and materials science department. “They have a lot of air, and it gets trapped inside. The bubbles act as defects.”

When Northwestern brought the problem to Jin and his colleagues, they had a mechanical solution to the problem: put the catalyst and the foam into a twin-screw extruder. Twin screw extruders have been around for more than fifty years. “We’re using existing equipment for a new technology,” said Chris Ellison, a professor of chemical engineering and materials science at Minnesota who worked on the project. “Companies don’t like to put new steel in the ground—they like to use equipment that is tried and trued.” 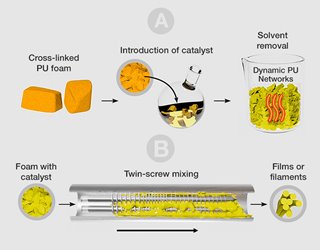 How do you recycle polyurethane foam? Mix the air out of it. Photo: Ella Maru Studio
The sea­soned extruder separated the air from the polyurethane efficiently and completely. “The catalyst is scrambling bonds to transform the otherwise solid material into something liquid-like,” explained Ellison. “As it’s transforming, liquids can flow and seal up the voids.”

The polyurethane exits the extruder as a filament, ready to be reprocessed. Different kinds of foam—such as those used to make foam sealants—can be mixed in the extruder to create harder or more rubbery filaments.

Recommended for You: Top 5 Trends in Materials Engineering

As the end product has the catalyst worked into it, subsequent recycling will be even simpler.

The catalyst used in the research was dibutyltin dilaurate, an inexpensive compound widely used with polyurethanes. Though it worked effectively in the preliminary experiments, Jin, Ellison, and their colleagues are now trying other catalysts to see if they might work to lower temperatures, improve efficiency, and reduce the cost.

Reader’s Choice: How Are Robots Helping Us to Recycle Better

Recycling companies could add an extruder to their equipment to reprocess curbside foam. A more likely scenario is that foam, chair, and mattress companies will start buy-back programs. Already companies have been calling Ellison. “Consumers are becoming more sensitive to sustainable products,” he said, “and they want to know that a company is committed to recyclability.”
“The process is straightforward,” Jin said. “It has to be, otherwise it would not have the potential to solve this massive environmental problem.”