A Robot Crab to Clean the Ocean

A Robot Crab to Clean the Ocean 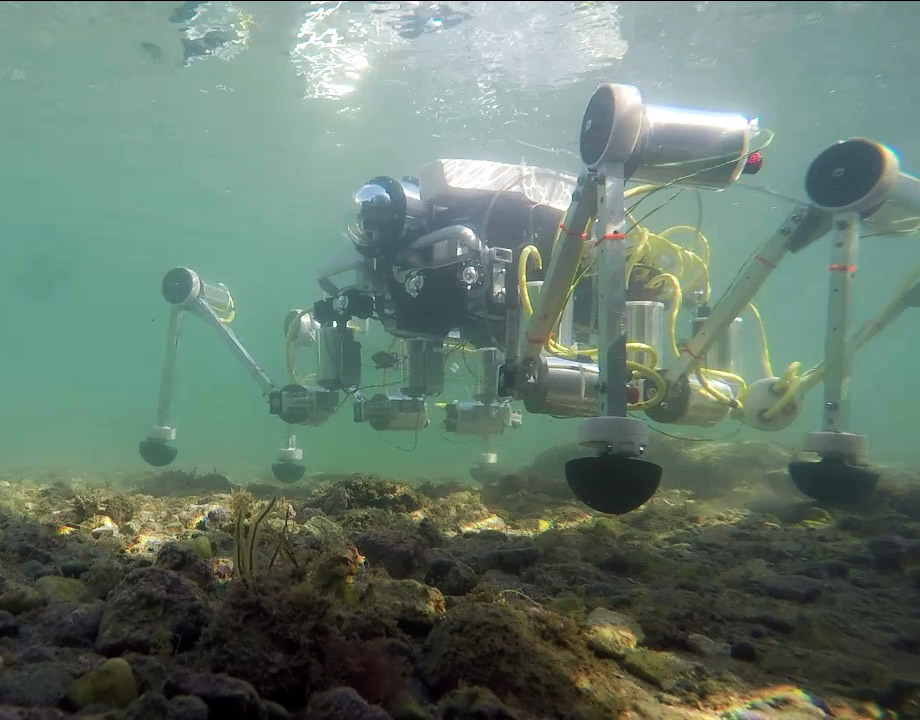 Navigational Service Oil and Gas Extraction Robotics Utility System Construction Water Transportation
Most people know the crab for its famous sideways walk. As savvy snorkelers and aquatic roboticists know, however, the often observed laterigrade scurrying is only one of many tricks in the crustacean’s bag of maneuverability. For instance, with their springy legs, crabs can navigate rough underwater terrain, and cling to rock easily, despite challenging currents.

These fascinating abilities make the crab attractive to roboticists eager to explore the ocean floor. Marcello Calisti, a professor of bioengineering at The BioRobotics Institute, Scuola Superiore Sant'Anna, desires more than exploration, though; he wants to clean it. His machine—a plastic-grabbing crab bot called Silver 2—made first plunge in the Ligurian Sea this past June. 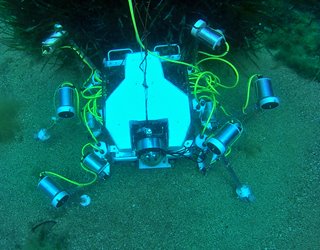 Thanks to its springy articulated legs, this crab bot will be able to haul trash where other robots will not cut it. Photo: Sant'Anna School of Advanced Studies
While efforts like The Ocean Cleanup target large pieces of plastic and trash floating near the water’s surface, Calisti is aiming for micro plastic that settles near the ocean floor. Submarines and other aquatic robots are unable to reach such sunken sea junk; as they approach the seabed—or rest on it—they inadvertently disturb the sand, burying or pushing away plastic and other trash.

Additionally, to hover above the sea floor requires too much effort to make the task’s completion worthwhile. “It was natural to turn to the crab,” said Calisti. “They run quickly inside and outside the water, and they can stand on wet rocks—no problem—without manipulating the environment at all.”

In the News: The Great Ocean Cleanup Begins

Calisti’s robot is not the first to draw inspiration from the crab. The Korean Institute of Ocean Science and Technology unveiled their Crabster several years ago, also designed to similarly stroll across the ocean floor.

Though its design—a helmet-like body with six legs—clearly drew from the infraorder Brachyura species, the Crabster and other similar robots do not imitate the 10-legged beast with  accuracy, limited to ambling along flat swaths of sand. “Underwater terrains have rocks, slopes, corals—elements which prevent you from moving in the typical way a crab walks outside water, on flat ground,” said Calisti.

To counter previous failed attempts at crab-like machines, Calisti used high speed cameras to capture how a crab moves. His version of the robot crab has articulated legs, each with three degrees of free motion. Also, the legs are spring-loaded, as a crab’s leg springiness largely affects its ability to navigate rocky terrain.

Thanks to the accuracy of its imitation, Silver 2 can cling to a rock for hours, a task not easily accomplished by less crab-like machines. “When you want to keep a position for a very long time—to float over a certain point—you have to continuously drain your battery,” said Calisti. “We get very close, then extend our legs. With our battery, we can stay there for 17 hours.” 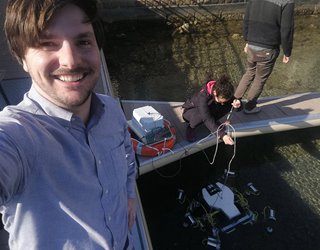 Currently, Silver 2 is at beginning stages of its conception. It currently has only six legs for locomotion. A trash collecting claw will soon be added. In Calisti’s vision the robot will forage for garbage deposit the collected trash in underwater docking stations.

“The robot will inspect the seabed in the neighborhood of the station,” he said. “When it finds plastic or garbage, it brings it to the docking station. The crab will do this job for more or less five hours. Once it’s collected, we remove the plastic, then move to another place and do the same job.”

Currently, the crab bot must be controlled by someone in a boat at the water’s surface. Someday, however, Calisti hopes his robot will roam the ocean floor, gathering trash, entirely on its own. “That’s my dream for the future…to make it totally autonomous,” he said.