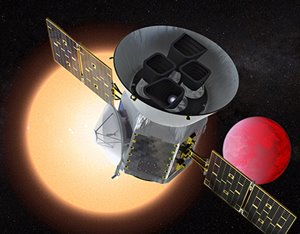 This op-ed article was excerpted from The Hill, August 1, 2022

By landing on the moon, the United States asserted itself as a leader of the space race that was launched with the Soviet Union’s Sputnik in 1957. However, the space race is not over. It is only beginning, and the U.S. is at risk of falling behind.

While our nation remains the unequivocal leader in space, the risk of losing this distinction to China and Russia is on the horizon. China is quickly pushing forward with its Tiangong Space Station, and Russia recently announced its intentions to step away from the International Space Station (ISS) following its obligatory 12-month notification period. Since 2011, the U.S. has relied on Russia’s Soyuz spacecraft to help transport astronauts to and from the ISS. This breakdown in relations forces the U.S. to strongly rely on private-sector, commercial partners such as SpaceX, which has completed four astronaut missions to the ISS for NASA.

The U.S. has led in innovative research and development since the beginning of the 20th century, but now we are stagnant as our adversaries make tremendous strides in emerging technologies. Through investment in U.S. educational opportunities and in research and development (R&D) in space exploration, we can bridge this gap, expand opportunities for future generations, maintain U.S. global leadership and strengthen our economy and national security.

American students in secondary schools rank 18th in science and 37th in math while China ranks first in both, and COVID-19 has only widened these educational disparities. Meanwhile, the National Science Foundation’s (NSF) most recent set of indicators show that U.S. global leadership in R&D is rapidly waning, performing roughly 27 percent of total R&D in 2019, compared to China’s 22 percent. R&D funded by the U.S. government decreased 10 percent from 2010 to 2019.

A valuable and often overlooked tool to boost our competitiveness is the ISS. Established in 1998, the ISS’s original objective was to support scientific research and other activities requiring the unique attributes of humans in space. However, in the 20 years the ISS has been in orbit, it has become the hallmark of U.S. presence in space and an example of what can be achieved through commercial and international partnerships.
In California, including the 39th District, we see the competitive advantages that the ISS affords us in advanced research. California’s aerospace and defense industries provide 800,000 jobs generating over $180 billion to the U.S. economy each year. As more aerospace companies come to the state, a surge of innovation and enthusiasm push the boundaries of what is possible.

As the U.S. looks to decommission the ISS by 2031 and commercialize our Low Earth Orbit (LEO) enterprise, we need to look at the next generation of LEO research while ensuring we do not lose the progress already made. Commercial partnerships play a vital role to ensure an in-space research enterprise continues while also creating a competitive space market that will make LEO a more accessible platform for a wide range of partners to conduct research.

The engineering industry is present in every step of the in-space R&D process, from designing experiments that can withstand the journey to and from LEO and ensuring they can operate in a modified zero-gravity environment, to identifying suitable ways to transmit that data from LEO to Earth. But without sustained funding from both the public and private sectors, and without the STEM talent at home to conduct research, we risk losing the strong competitive advantage we have established.

What was once considered the “final frontier” is now the next step in our journey towards a more advanced and secure society. The race to the future is just beginning.