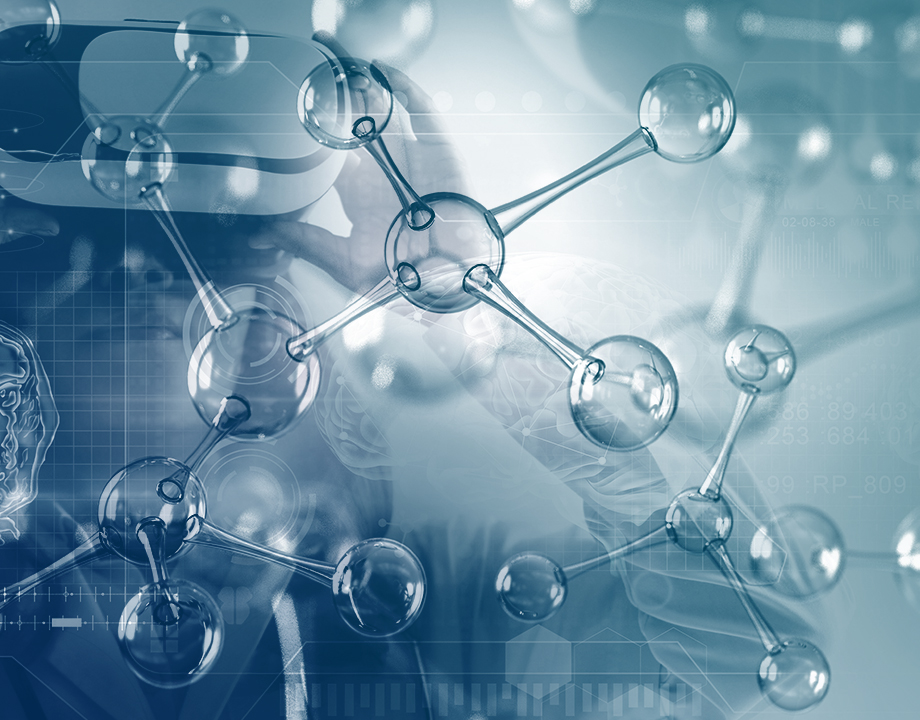 Virtual Reality at the Nanoscale

Modern microscopy allows biologists to peer into structures so tiny that they have never been truly looked at before. But imaging at the nanoscale produces massive thorny data sets that don’t easily reveal their secrets to the untrained eye. To remedy the situation, researchers at the University of Cambridge have created virtual reality software called vLume that will allow anyone who dons the goggles to step right inside a cell and understand what’s going on there.

In 2014 the Nobel prize in Chemistry was awarded to a group of researchers who created super-resolution microscopy. The technique enables scientists to see things smaller than diffraction limits previously allowed, on the order of tens of nanometers. “There is a lot of data generated,” said Alexandre Kitching, CEO of Lume, which makes the VR software. “Basically, what you get to see is a big data set, millions of rows of localization information. Most of the tools don’t allow us to interact with the data in a convenient, easy to use, powerful, and repeatable way.”

So, in collaboration with Cambridge, Kitching created software that would work with an Oculus VR set. “We built it in a weekend,” he said of the first prototype. When he took it into the university’s chemistry department for a trial run, the professors there kept inviting people in to try it. Soon the room was full of scientists eager to step into the nanoscale. “They wanted to dive deeper and deeper into the information,” said Kitching. “And I thought, ‘Maybe this is more than just a little prototype.’”

New VR software gives cellular research a new perspective. Image: Alexandre Kitching
Previous methods of looking at those data sets all happened on a computer screen, where only two dimensions can be seen at a time. “On the screen, you just have loads of these points,” said Anoushka Handa, a graduate student at the university who worked on the project. “You can see what’s in the front of the screen, but not what’s in the back. In the VR, you can just walk around, rather than rotating and rotating on the screen—it’s more intuitive.”

The program vLume can load millions of localization points in a matter of seconds. To do that so there’s no lag for users as they turn their heads and amble about in the nano-bio arena, Kitching and his team had to optimize and optimize again. “We have to render every point on the computer,” he said. “We’re storing all this data locally but also have to visualize it at 80 frames a second on two screens in front of your eyes at the same time, while your head is constantly moving. So the computer is constantly doing something.”

Editor's Pick: A Vortex of Sound for a Single Cell

And, as no one wants to pop off the headset to change how they’re looking at their data, the tools to do so can also be found in the virtual realm.

For biologists examining what goes on at the nanoscale, whether it’s a synapse or a cell, the VR system can give them an instant understanding, otherwise unavailable. They can tag their structures with fluorophores and have their data in the Oculus headset the same day. “You can take a sample that you’ve kept and nurtured yourself, a cell line, image it and instantaneously see it, then really get the full information out of it,” said Handa.

The software will soon allow biologists to pop down to the nanoscale like Alice after a few “drink me” bottles. “We are in the early days,” said Kitching. “But I do think it will be much more widely used by biologists.” Not just biologists, but anyone that has a 3D data set into which they want to step. “Once they generate the data, they’ll have an easy way to analyze it.”