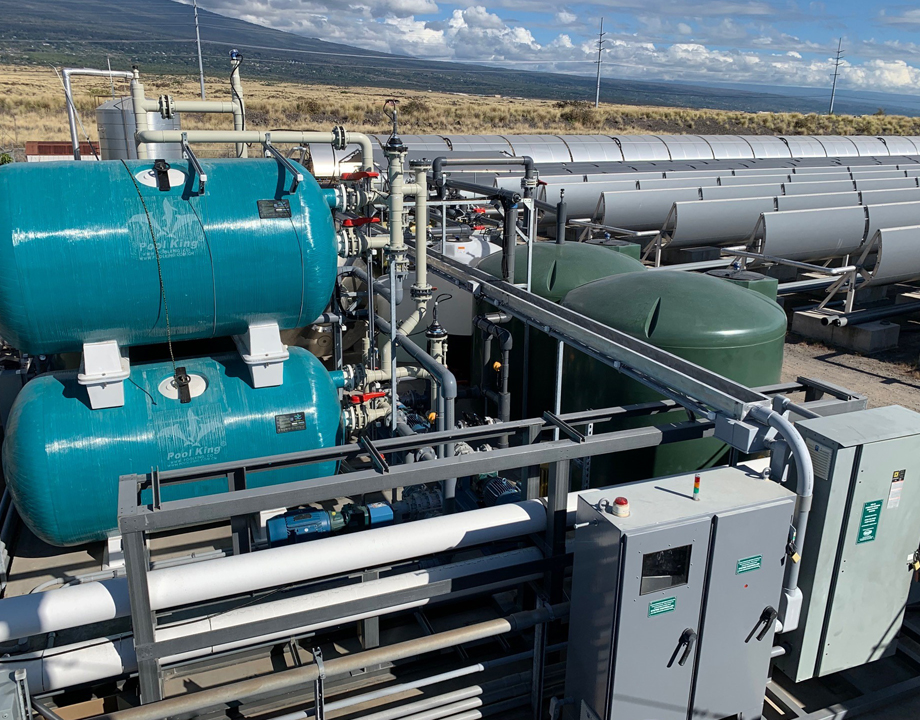 Energy Ocean, Offshore and Arctic Engineering Pumps and Turbines Technology and Society Water and Sewage Systems
Desalination systems remove salt from seawater to make it drinkable, but the process is expensive and energy intensive. Also, the desalination technique has seen little innovation in the 50 years since its inception, said Jeff Urban, a staff scientist at the Lawrence Berkeley National Laboratory.

These advances come at a time of water scarcity. Increasingly, desalination provides drinking water to more people around the world. Globally, more than 300 million people depend on water provided by the world’s 20,000 desalination plants, according to the International Desalination Association.

Those plants rely on reverse osmosis, the standard desalination method that filters salt and other contaminants from water through a semipermeable membrane. Energy is needed to move the water through the membrane at high pressure. Forward osmosis, on the other hand, relies on a draw solution to draw water out of a mixture, Urban said.

The Trevi system uses heat provided by solar-powered thermal electricity to separate the draw solution from the water. The system is used in conjunction with thermal energy sources such as solar ponds or solar concentrating thermal power arrays. These solar concentrating systems comprise a field of curved mirrors that reflect solar energy onto a receiver that converts it to heat. The heat—thermal energy—can produce electricity by spinning a turbine or powering an engine.


Become a Member: How to Join ASME

Soon, the Trevi technology will be put to the test at a desalination plant in Hawaii.

The Natural Energy Laboratory of Hawaii began worked with Trevi four years ago to create a solar desalination plant that uses forward osmosis and thermal energy. The plant will be built on the site of an existing concentrating solar thermal power array in Kona, Hawaii, said Gregory Barbour, director of the NELH.

The project, now in the pilot stage, uses NELHA’s existing seawater intakes to provide water for the system, Barbour said.

The water will be used by Cyanotech, a company that makes health and nutrition products like Spirulina from microalgae, which it will irrigate with desalinated water, he added.

The technologies developed at large-scale desalination plants like this could enable the solar industry to provide carbon-free heat for a wide variety of industrial processes, including cement or chemicals production, or agricultural processing, Barbour said.

To that end, the Hawaiian system will collect real-world data to determine the cost of producing forward osmosis-desalinated water in commercial quantities and to compare costs with reverse-osmosis methods.

Meanwhile, Trevi is also moving forward on another project. The company is working on a method to treat the brackish brine that desalination leaves behind. That brine is difficult and expensive to dispose of, Webley said. A Trevi system could treat that brine and leave behind only slightly moist salts that farmers could take to a landfill.

With these technology changes, maybe, in the not too-distant future, more people and plants can access lower-cost desalinized water.