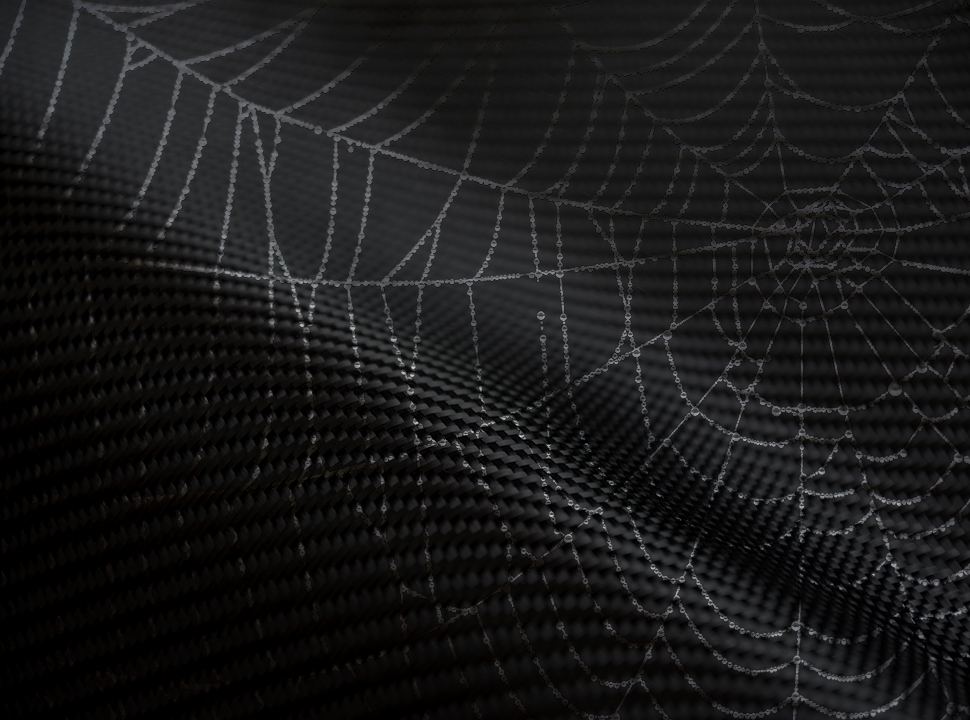 Using a protein found in muscle, researchers have spun strands of material that have great strength.

Biomedical Engineering Materials
The phrase “muscle shirt” is soon to acquire a new meaning. In addition to its first definition as a tightly fitting T-shirt that shows off a muscular physique, it may soon mean a shirt made with muscle fibers as well. And that shirt will be stronger than Kevlar.

It’s thanks to the work of researchers at Washington University in St. Louis’ McKelvey School of Engineering that the weave of our future bullet proof vests will be made of muscle fibers. But they won’t be drawn from meat or cultured muscle cells. Instead, an engineered bacteria will be doing the work for us. 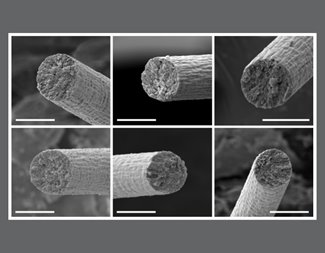 Microbially produced titin fibers show consistent size and morphology. Image: Fuzhong Zhang
“We were initially inspired by spider silk, one of the strongest and toughest materials in nature,” said Fuzhong Zhang, an assistant professor in the Department of Energy, Environmental and Chemical Engineering. Individual spiders don’t make a lot of silk and when they do it hardens quickly and is difficult to work with. So, in 2018, Zhang showed the world how bacteria could be tweaked to create a spider silk even stronger than the real thing. “Now we have the tools and technology and are not limited to spider silk,” he said.

Though arachnid thread is stronger than steel, Zhang and his team set out to find even stronger material. They turned to the largest known protein, titin. In the body, this fiber plays a more of a structural role and doesn’t contract like its more active neighboring muscle fibers. But a slab of it, like any chunk of muscle, won’t stand up too well to a projectile of significant velocity.

“In nature, if you actually take a piece of muscle tissue, its mechanical properties are not that attractive,” Zhang noted. But at the microscopic and nanoscopic scale, titin is remarkable. The massive protein is a well packed crystal. “That’s why it’s so tough—it absorbs energy by unfolding its structure,” he said.

More for You: Working toward a Kidney Solution

Bacteria, though their DNA have been edited to serve all kinds of purposes, can’t easily produce proteins of such gargantuan size. So Zhang and his team created a version of E. coli that can produce the protein piecemeal. Then they used wet-spinning to group the single strands into fibers with ten-micron diameters, roughly a tenth of a human hair.

The resultant threads are not only tougher than Kevlar, they are also quicker to heal. The unfolding that makes them so energy absorbent can easily be reversed.

“So, when the fiber fails, when you pull the fiber, the energy unfolds the crystal,” Zhang said. “If you treat it with moisture, it refolds itself and behaves almost identically as it did originally.”

The fibers have applications beyond protecting bodies from bullets. Since they’re made of muscle protein, they are likely to be biocompatible and well adapted to biological and medical scenarios. Why make a suture with catgut or Poliglecaprone when there’s an actual muscle thread may be used?

Zhang pointed out there is still research to be done before bacterial manufactured muscle fiber can be used. “From a mechanical point of view, it has the potential to replace Kevlar,” Zhang said. “But there’s a long way to go before we can produce this material in large scales and cheap enough. There’s a lot of work to be done.”