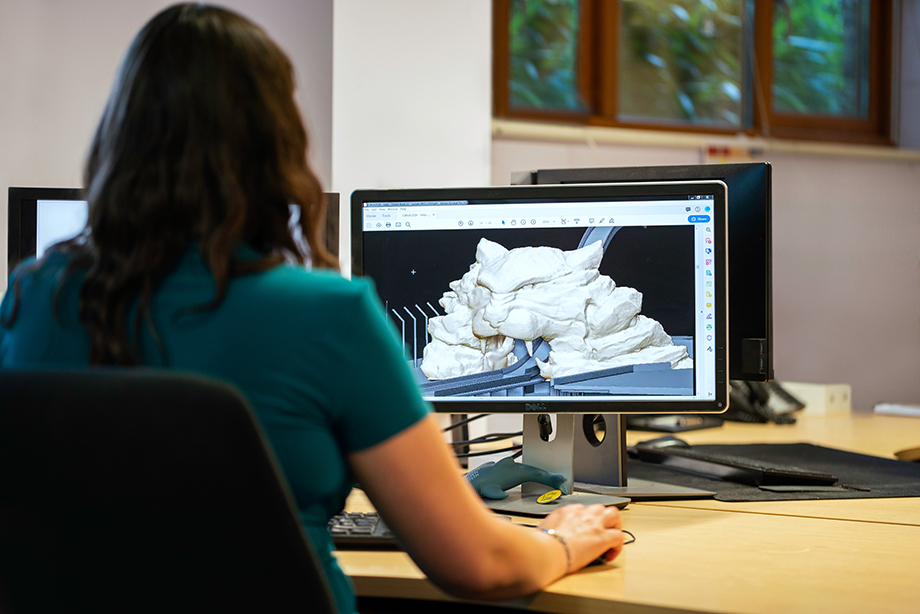 Sometimes, engineering students have other passions. Career counselors can help them determine which to follow. Image: Unsplash

Engineers aren’t just engineers. They’re as interested in art, music, literature, etc., as any other member of the human species. Those interests can grow to a passion that will either live in harmony with their engineering side or, possibly, supplant it for some engineering students. How do engineering students decide between these internal drives? Do they have to choose between these internal drives? It’s the job of Tameca Blossom-Lyons, associate director for engineering career development at Northwestern’s McCormick School of Engineering, to help students answer these questions. Here she answers them for us.

“At first, I thought it was shocking,” she said of the interest in the arts she saw in engineering students. “Then I realized that that’s kind of what comes along with being an engineer. There’s this whole creative side to a lot of them. It’s not uncommon to have an engineering student that is dual degree with the school of music, with performing arts, with the theater program. They tend to seek out and enjoy that creative outlet, that creative side.”

When that creative side threatens to take over, Blossom-Lyons steers students toward one of three paths.


“I ask students one simple question,” said Blossom-Lyons, “‘What would you do if you could do anything without restrictions or limitations?’ Because engineering students tend to overthink. So, I don’t want you to worry about any restrictions—we’re not worried about what Mom and Dad or Grandpa are going to say. If you could do whatever you wanted, what would that be? That’s when the creative love comes out.”

Recommended for You: Creative Approach to Engineering Improves Grades

That single question invariably brings out a student’s true passion. But when it’s late in the student’s academic career, knowing what their dreams are doesn’t have to mean turning to those dreams for a livelihood. “If it’s a senior having this revelation, we’re not going to change a whole degree major, senior year,” said Blossom-Lyons. Instead, she might help the student look into ways of exploring their other interest while forging ahead as an engineer. That could include volunteering, joining clubs, or participating in some engineering companies’ educational programs and affinity groups.

Blossom-Lyons had one student who had been dancing her whole life. “She was terrified that graduating and becoming a quote-unquote “adult” and having a full-time job would take her completely away from dance.” With a bit of guidance, the student realized that she could continue with her passion. Ultimately, she secured an engineering job and became a dance instructor on the side.


The engineering student trying to choose between two paths during their junior or senior year isn’t likely to be struggling because they’re questioning their abilities. “It’s not that they’re not good at it—they have the skills, they have the strengths. It’s an interesting thing,” said Blossom-Lyons. “I create space for them to tell their dreams. Then it’s what are some possible ways to combine them? Is there some way to work in that sector in a technical role?”

You May Also Like: The Intersection of Art and Engineering

Theater students that Blossom-Lyons has counseled have gone on to work in set design. Others, with interest in art, have gone into product design. One student, who was also a music major, went to work for a construction design firm designing amphitheaters. “I’ve had students who are really interested in fashion design,” she said. “They used their abilities and understanding of design overall to work in materials curation.”


About 25 percent of engineering students at Northwestern don’t end up going into engineering or a technical field. Blossom-Lyons tries to spot these students early on so they don’t have to struggle to make a choice later when it might hurt more. “Some students need to go through a period of exploration and growth to get to the place where they can say, ‘OK, I don’t really want to do that. What do I want to do?’”

The school has a career development course. Though it’s not mandatory, it does allow Blossom-Lyons to ask first-year students the what-would-you-do-if-you-could-do-anything question. Then students with non-engineering dreams can start down the path that’s best for them early on.

“My hope and intent,” said Blossom-Lyons, “is that I have fewer and fewer graduating seniors who have no idea where they’re going and what they want.”