These Aren’t the Droids You’re Looking For

These Aren’t the Droids You’re Looking For 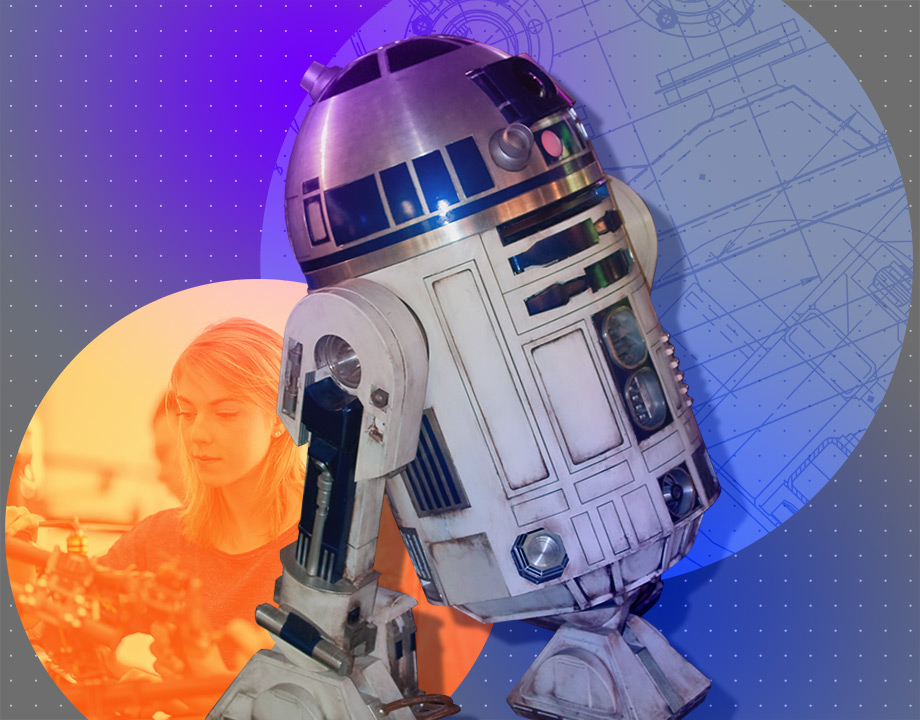 Star Wars droids might be fictional, but they continue to inspire today's engineers and future inventors and heroes.

Electric Power Navigational Service Oil and Gas Extraction Robotics
“These aren’t the droids you’re looking for,” said Obi-Wan to Stormtroopers in Star Wars: A New Hope, when he, Luke, R2-D2, and C-3PO were stopped at a military checkpoint in Mos Eisley spaceport. Obi-Wan used the Force to trick Stormtroopers and the droids were smuggled through. But of course, those were the droids everyone was looking for.

As the final chapter in the Skywalker saga, Star Wars: The Rise of Skywalker, hits the movie theaters, fans are preparing to say goodbyes to their favorite heroes, including the many featured droids who translate, navigate, clean, fight, heal, and perform all sorts of tasks.

Learn more about the cinematic droids and some of their real-world analogs, also worth looking for.


The Magic Behind the Droids


Despite the fact that droids, short for androids, are supposed to be autonomous mechanical beings, in the films—especially the first ones—the droids are mostly costumes worn by credited actors. 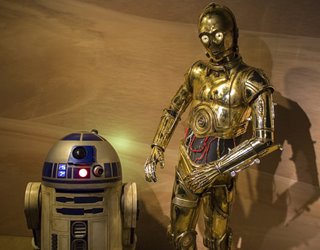 R2-D2 and C-3PO have appeared in all chapters of the Skywalker saga.
For instance, the small British company Peteric Engineering constructed the first R2-D2. The feisty astromech droid was built out of aluminum sheets to fit the actor Kenny Baker. Later iterations were made from fiberglass, then several remote-controlled Artoos were added. Finally came stunt droids with puppet strings.

During the filming of The Last Jedi, the crew carried the aluminum Artoo daily on a stretcher up the hill on Skellig Michael, an island in Ireland and Luke Skywalker’s hiding spot on Ahch-To.


There are many examples of life inspiring cinema, but not so much with Star Wars droids—designers and filmmakers created most of them, often drawing inspiration from earlier movies.

Consider the golden protocol droid C-3PO. Its design was based on a humanoid robot from a 1927 German science-fiction film Metropolis, whose creators drew inspiration from an ancient Egyptian statue.


Just like the real R2-D2 can’t move on its own, its younger astromech friend BB-8 is a prop as well. If it looks like a soccer ball, it’s because its design is partially based on a soccer ball, and not a robot of any sort. The filmmakers decided that a fully functioning robot would not work for shooting, so we see on screen either a rod puppet, a remote-controlled unit, or a rolling ball.

Robin Murphy, robotics professor at Texas A&M University, published a paper exploring the feasibility of astromech droids. While she concluded that there are some promising technologies—like their non-verbal communication—astromechs’ locomotion is not realistic by any means. BB-8 wouldn’t make it very far in the desert. 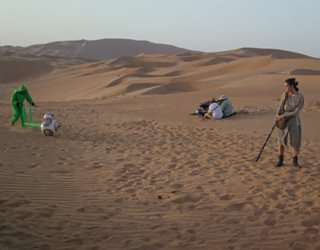 BB-8 doesn’t bury itself in the sand because a puppeteer pushes it. Photo: Lucasfilm
“Anyone who has driven a car on a beach knows how quickly wheels can become buried in the sand and spin in place,” Murphy wrote in the study. Georgia Tech robotics researchers Dan Goldman and Yasemin Ozkan Aydin tested a BB-8 toy in their lab and found that the droid just buries itself in the sand, over and over again.

Still, the special effects design team behind the original BB-8 didn’t despair and created a self-moving remote-controlled unit that was frequently used to awe fans at conventions and other live events.


Some questionable physics aside, engineers and robotics researchers have been working on numerous robots and technologies born out of Star Wars. 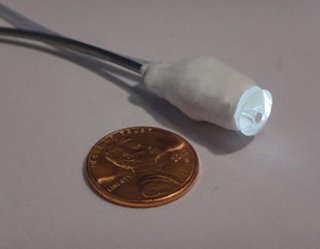 The tip of the self-guiding robotic catheter equipped with a small camera and lighting is encased in silicone. Photo: Margherita Mencattelli, Boston Children's Hospital
In the films, medical droids treat patients, assist doctors, and administer medication. Earlier this year, bioengineers at Boston Children’s Hospital demonstrated a robotic catheter that autonomously navigates along the walls of a beating heart to treat a leaky valve.

“The catheter uses haptic vision, a hybrid sense using imaging for both touch-based surface identification and force sensing, to accomplish wall following inside the blood-filled heart,” researchers wrote in their paper. A first for medical robots, this technology offers a less invasive procedure compared to today’s manual and joystick-based navigation heart surgeries. 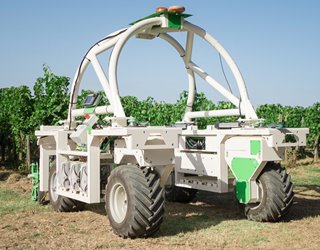 The autonomous TED is a multifunctional vineyard weeding robot. Photo: Naïo Technologies
On a desert planet Tatooine, droids help farmers to harvest moisture. Agricultural robots on Earth automate seed planting, harvesting, and environmental monitoring. By 2021 the sales value of agriculture service robots worldwide is expected to reach over $1.6 billion, according to Statista. 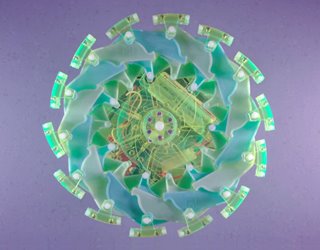 “Gray Goo” is one of the first self-aware and self-repairing robots. Photo: Columbia Engineering
The self-made pilot droid L3-37 was a friend of young Lando in Solo: A Star Wars Story. She built and modified herself from parts of astromech and protocol droids. We are decades—if not more—away from L3’s intelligence and complexity, but engineers from the Creative Machines Lab at Columbia University created a robotic “Gray Goo.” It’s a particle robot that is composed of simple parts but when added to each other, the sum becomes a complex machine capable of coordinated motion.

Further Reading: A Self-Aware Robot that Repairs Itself

Thousands of expendable and capable infantry killer droids—such as B1 battle droids, B2 super battle droids, and droidekas—could be produced in a matter of hours on Geonosis, a rocky planet featured in the Attack of the Clones.


How Many Droids Are There?


The short answer is that there are too many to count or name all.

Each Skywalker saga installment introduced a new favorite, including the “toddler” D-0 from The Rise of Skywalker. Recently, fans who have dreamt of designing their own droid had a chance to participate in the “Build My Droid” contest to see their design appear in a future Star Wars project. The contest was run by Lucasfilm’s Star Wars: Force for Change and the global robotics community FIRST.

The submitted 3,512 droids included a 3L-class food vendor—a robotic food cart; a ladybug unit with flying and rolling capabilities armed with a blowtorch; a P-31 “Pet” unit that offers companionship to both rebels and Stormtroopers; a motorcycle-riding Chewbacca’s robotic clone; a CC-RV with two spinning legs as well as frog-like 360-degrees turning eyes.

The winning design from Camille Manet, the KP-1, features a holographic projector, hyperscan, and a wheel with several retractable arms as its spokes. Described as "a droid with a temper" by the author, its name stands for Knave Puff.

After 42 years, the world will be saying goodbye to the Skywalker series, but these movies, and their heroes, especially the robotic ones, will continue to inspire the next generations of engineers, inventors, and STEM enthusiasts.