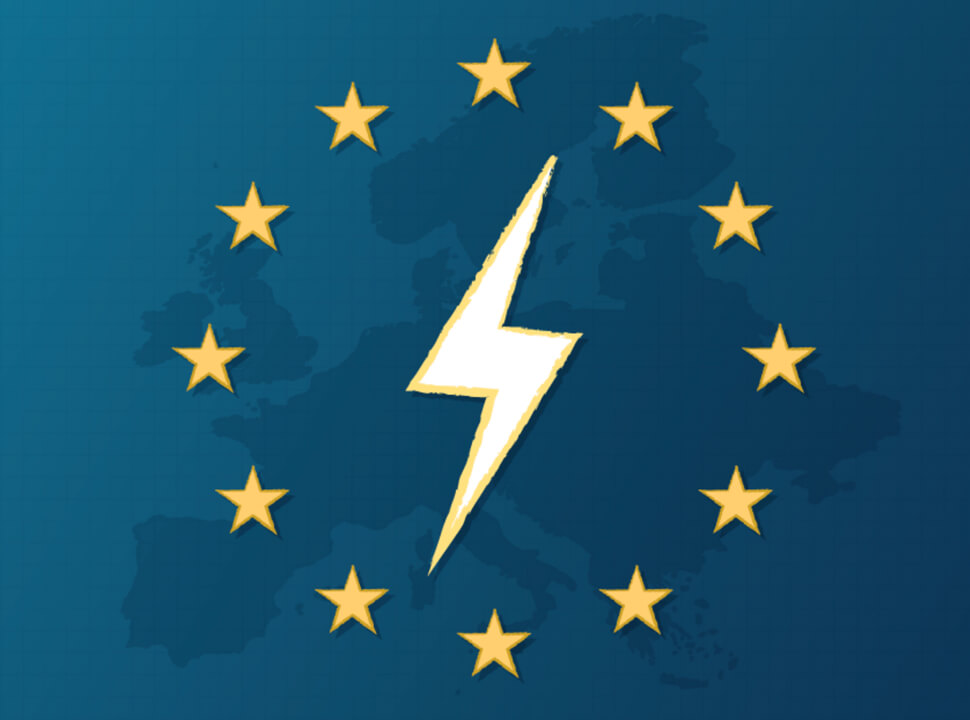 The Latest EU Efficiency Regulations and How We Got Here

The efficiency of external power supplies (EPS) has been a concern of power supply manufacturers and OEM's since California mandated the first efficiency requirements in 2004. Since then governments around the world have adopted, updated, and even abandoned different efficiency requirements making it difficult to stay current and ensure products will be compliant in important markets. The most recent changes occurred in April of 2020 when the EU's Ecodesign 2019/1782 regulations governing external power supply efficiency went into effect. The new 2019/1782 standard is not the regulation many originally thought was going to be implemented and while the new efficiency limits are generally less stringent than what was anticipated, they do include new mandatory labeling and documentation requirements.


The latest change occurred in April when the European Commission (EC) replaced Regulation No. 278/2009 with Regulation No. 2019/1782. The former was the original efficiency requirement for external power supplies in the European Union (EU) as part of the Directive 2009/125/EC, establishing a framework for the setting of ecodesign requirements for energy-related products (ErP).

Recommended for You: Efficiency is the Infinitely Expandable Resource

This requirement applied to enclosed, mains connected power supplies rated for no more than 250 W, with a single output that is intended for use in electronic household and office equipment. 278/2009 explicitly stated that it did not apply to medical adapters, battery chargers, uninterruptable power supplies, halogen lighting converters, or voltage converters (230 Vac to 110 Vac mains conversion).


The 278/2009 regulation had two phases of implementation. The first phase was very simple and began in 2010. It was equivalent to Level IV of the International Efficiency Marking Protocol (IEMP) for External Power Supplies which was established by Energy Star and later adopted by the United States Department of Energy (DOE). It set a maximum no-load power consumption of 0.5 W and defined a minimum average active efficiency for three power ranges.

The average active efficiency is defined as the average efficiency measured at 25%, 50%, 75%, and 100% load. By aligning with the Energy Star IEMP, the requirements in the EU and United States were effectively harmonized. Also introduced in phase 1 were documentation requirements. Manufacturers were required to include specific information on the results of the conformity assessment in their technical documentation.


Phase 2 kicked in a year after phase 1, in 2011, and was essentially the same as IEMP Level V. The United States had switched to Level V around the same time, maintaining the regulatory harmony. This new phase included three new categories of product: ac-ac, ac-dc, and low voltage. Low voltage is defined as an output voltage less than 6 V with a current rating equal to or greater than 550 mA. Each of these categories had its own average active efficiency limit and was divided into the same three power ranges. The no-load power consumption limits, in addition to being divided by product category, were also updated to include two power ranges (less than 51 W and greater than 51 W).

Up to this point, the EU and the United Stated were generally harmonized. However, countries such as Australia, New Zealand, and Canada, which also followed the IEMP through their own programs (MEPS, GEMS, NRCan), lagged behind by at least one IEMP level. For more information visit efficiency standards for external power supplies.


The Energy Star program for external power supplies was sunset in 2010 (even before the EU kicked off phase 2 of their plan) and had only defined 5 IEMP levels, saving the others for future development. In 2016 the United States DOE refreshed the IEMP and increased their requirements to what is referred to as DOE Level VI or just Level VI. Along with increasing the efficiency limits of the existing categories the DOE added a new power range and an additional product category. The regulation now specified a range of greater than 250 W, and a category of multiple output power supplies. For the time being, this effectively ended the harmonization between the US and EU.

The EU on the other hand continued to require Level V, but starting in 2013, the Joint Research Centre of the European Commission had released a voluntary standard defined in its Code of Conduct on Energy Efficiency of External Power Supplies version 5, often referred to as CoC v5 or just CoC.

The specific CoC requirements were broken into two tiers. Tier 1 was to come into effect in 2014 and Tier 2 in 2016 (at the same time as the United States would introduce their Level VI standard). One important change introduced by the CoC, outside of general increases to efficiency requirements, was the addition of a new test point at 10% load in recognition of the fact that efficiency drops significantly at light load and many applications spend significant amount of time in this state. Tier 1 was generally less stringent than Level VI and Tier 2 was more so. CoC Tier 1 and 2 each contained the 10% load requirements that are absent from Level VI, meaning that the two markets would become out of sync as soon as the CoC regulations became mandatory. 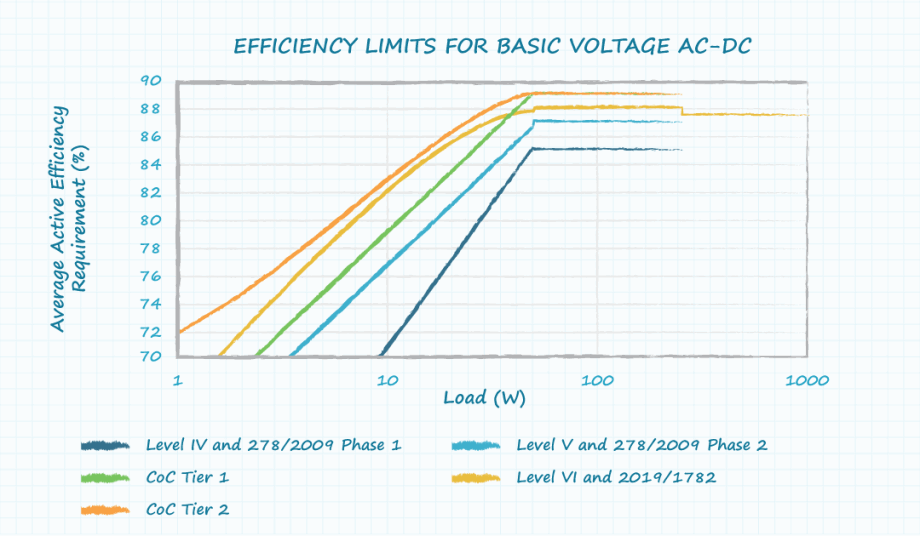 
Rather than Tier 2 becoming mandatory in 2016 as expected, it was delayed at first by two years and then by two more after that. In 2020 it was finally scrapped and in its place the EU introduced the new Ecodesign 2019/1782 requirements for external power supplies, which is a legal requirement, not a voluntary one. The new regulation essentially forgets the Code of Conduct ever existed and builds on the previous regulation No. 278/2009, adopting DOE Level VI limits with only minor differences. Like DOE Level VI, a category for multiple output adapters was added and it doesn't include an efficiency requirement at 10% load, however it does require the efficiency at 10% load be documented. The new regulation also continues to limit the scope to 250 W, while DOE Level VI does not have a maximum power rating. In addition to performance criteria there are requirements for product labeling and information to be provided in instruction manuals, free-access websites, and technical documentation that must be met if a product is to be sold in the EU. 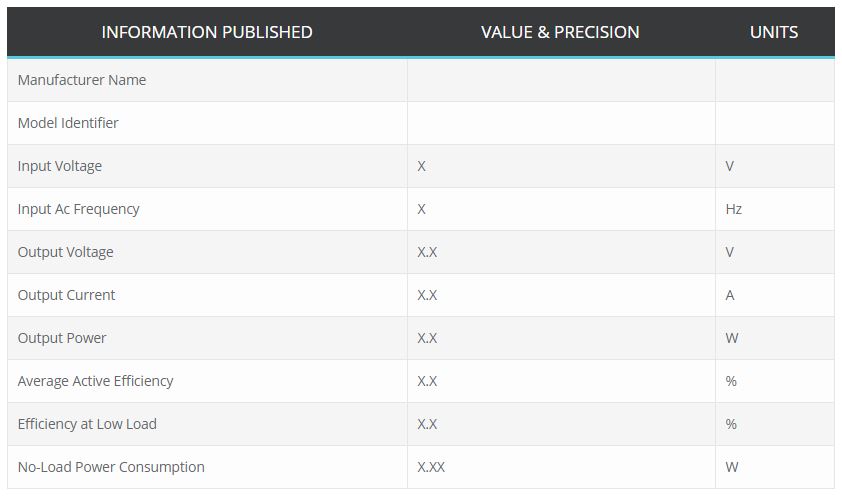 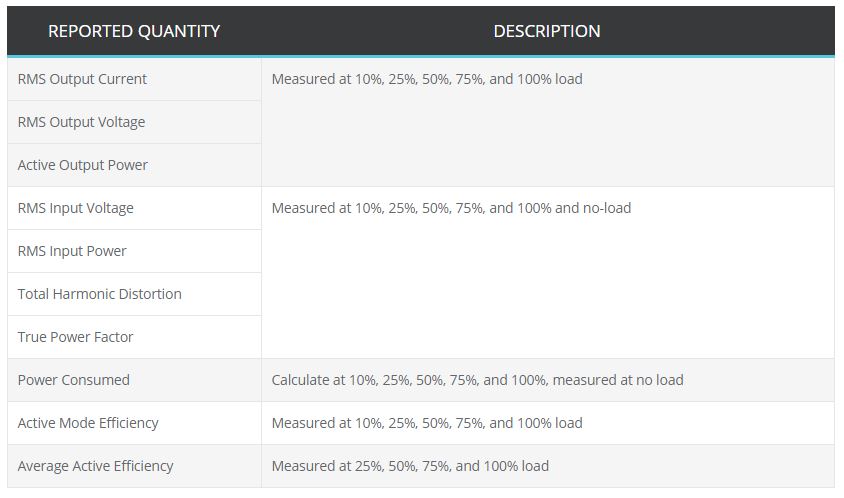 The Impact and Future of New Regulations


The practical impact of this new regulation is that power supplies designed to meet the efficiency and no-load requirements of Level VI or CoC Tier II will meet those of the new Ecodesign 2019/1782 regulation. However, the label and technical documentation must be updated in order to fully comply and be sold in the EU.

While this general harmonization has done much to simplify the landscape, it also leaves us without a clear vision of the future. Presumably this new regulation will stay in effect for at least a couple years. However, unlike the original regulation, there is no second phase written in to give us a clue as to what the next step may be.

You May Also Like: What Are the Top 3 Drawbacks of Exceeding a Power Supply’s Input Voltage?

New technologies, such as wide band gap semiconductors, programmable outputs (such as those designed for USB Power Delivery specification), new core material, new topologies, and other component improvements are all pushing the limits of what efficiencies are possible. In the United States researchers are already looking into what new efficiency limits are realistic and what products should be included in the scope of future regulations.

Ron Stull is a power systems engineer at CUI Inc.